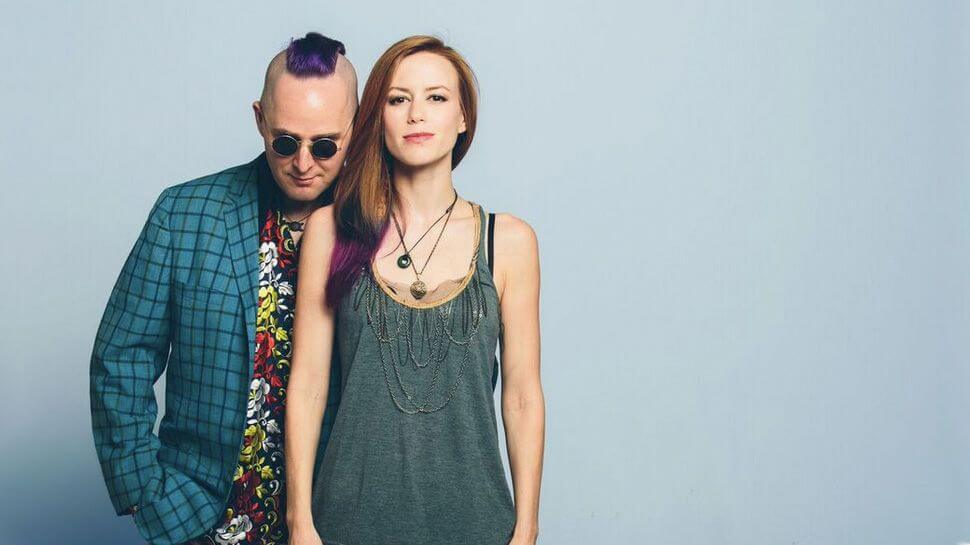 The list goes on and on when it comes to jotting down the names of the leading multi-talented artists from the entertainment industry. One name that cannot be ignored for sure is Taliesin Jaffe. Taliesin is a professional voice artist, actor, scriptwriter, and also a successful director from America. He has been the center of attention for his brilliant work in the American web series, Critical Role. Let’s dig into Lemony Blogs until the end to come across all details about Jaffe.

Taliesin Jaffe remains not so much of a strange name when talking to the anime folks. He was born on the nineteenth day of January 1977 in the States’ Los Angeles, California. Jaffe made a quantum jump into his acting career as a child artist at the tender age of 6 years as Kenny Butler in ‘Mr. Mom’. Mr. Mom is a comedy-drama that gained quite a popularity among its viewers. Jaffe With his par excellence work is undoubtedly a heart-robber. He voiced the characters in many series, animes, and video games like “Hellsing” and “R.O.D the TV” among numerous others.

Not many people in Taliesin’s fandom know that he was a celebrity kid in his childhood days. He actually had quite an influencing family in the entertainment industry. Both his parents and his maternal grandfather were prominent personalities from Hollywood. His grandpa, George Axelrod was a successful screenwriter and producer who was nominated for an “Academy Award” for his work in “Breakfast at Tiffany’s” & “Manchurian Candidate” among many others. His father, Robert Jaffe was himself an actor and a producer too. While his mother, Miss. Nina Axelrod was an actress besides being a casting director.

Although Taliesin comes from a celebrated family in Hollywood, he still opts to keep a low-key life. There is still no personal information about him available to the masses. These include his childhood details and educational background. The fact whether he has siblings or is a sole child remains unknown too. The former child artist earned himself a huge fandom with his excellent skills before the camera and voice skills.

Taliesin’s Road To a Strong Career

Jaffe’s road to his career started in 1983 when he was just 6 years old as a child actor. His first work to earn him credit was a comic drama film called “Mr. Mom.” It starred Michael Keaton, Frederick Koehler, and Teri Garr besides Taliesin. He also worked in the “2010: The Year We Make Contact”, a science fiction movie in the following year. It starred Helen Mirren, John Lithgow & Roy Schieder. With ample of work in hand and a thing for acting, Taliesin rose to fame in the 1980s. He started working as a voice actor in the early 1990s. It brought him both success and fame. In no time, Jaffe earned fame as a good voice artist too. He worked as the director and the writer too. Eventually, Taliesin turned out to be a multi-talented personality at a young age.

Taliesin rose to prominence with his voice-box skills. He thus started to focus on his voice skill. In no time he was a national sensation. His debut work as a voice artist was as a ‘Frog Demon’ in a mini-series in 1991. It was called “3×3 Eyes”. His first anime series as a voice actor was from 1997, “Burn-Up Excess.” The voice roles for Jaffe started to rise over the course of the years. As a prominent voice actor, his good works include “R.O.D. the TV”, ”Hellsing”, “Black Cat” and “Ergo Proxy.”

His career reached a stepping stone when he worked under the direction of Japanese filmmaker Satoshi San. His voice credit works are not just about animation series or movies and web series. He also voiced many hit video games like “Grand Theft Auto V,” “Street Fighter,” “Fallout 4” & “World Of Warcraft.”

For a talent as good as Taliesin Jaffe, it’s no big deal to grab a few prestigious awards with his work. His contribution to the entertainment industry rewarded him with many nominations and awards. Some of them include-

With a career as long as over 3 decades-long, Taliesin has now become a common name in the global front. His success and wealth have both been proportional to each other over the years. He is thus quite a loaded celebrity today. His approximate net worth is estimated to be around a decent sum of $1 Million. This fortune is undoubtedly bound to increase in the coming years.

You will love to this post also – Brooke Daniells Net Worth, Bio & Life

Taliesin much to his fans’ disappointment is not in the mood to go public about his personal life. He doesn’t even open up to share his relationship status and his partner’s name. As for our research about Jaffe, we have discovered a few interesting facts about him. There were rumors of Taliesin being gay. The icing on the cake was that he did not even date any girl for quite a long period of time. Well much to everyone’s relief, he owns straight sexuality. Jaffe cleared the air back in 2017 stating that he is bisexual.

Although Jaffe himself did not announce his relationship status, the media masses have connected his name to voice actress Erika Ishii. Much to everyone’s surprise, none of the two artists accept or deny the rumor to be true.  Back in 2015, Taliesin shared a clip on his Instagram handle that rose questions. The clip gave a sneak peek of a silhouette of a girl. Many of his fans believe that that silhouette was of his girlfriend. However, he stated that the girl was a go-go nightclub dancer.

His marital status is yet to be confirmed by him. The audience would also love to know more about Taliesin Jaffe’s wife and more about his personal background. Tune in to Lemony Blog to know more about your favorite celebrity anytime. Do leave yours in the comment section below.