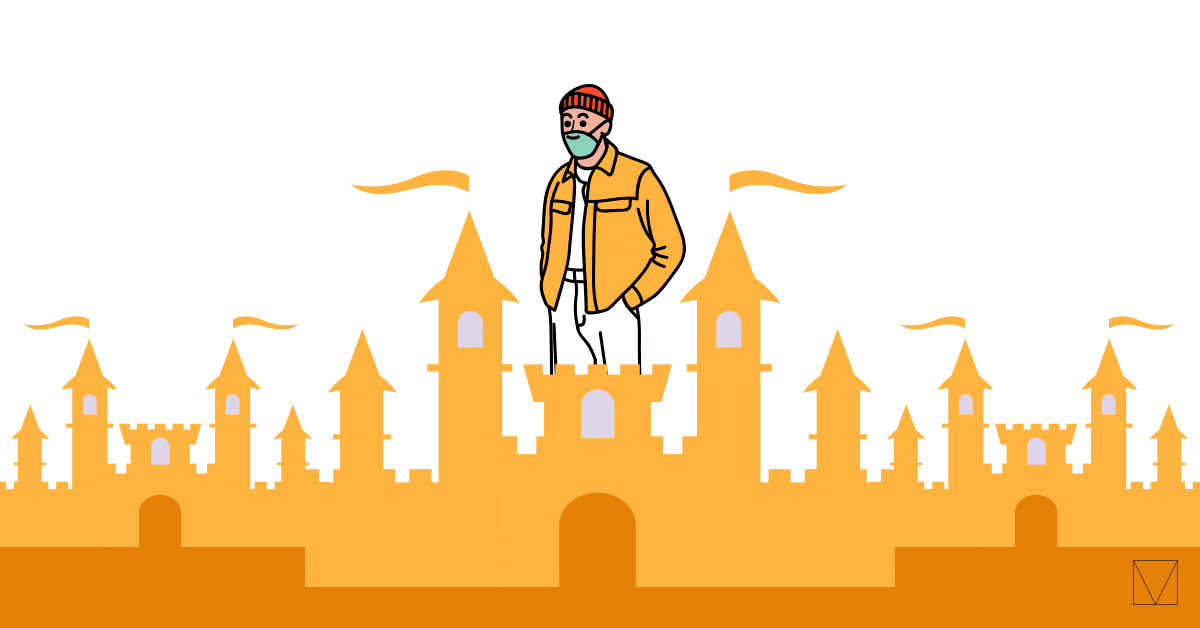 It All Seems To Have Happened In The Blink Of An Eye. Does It Not?

One day you were out on the street, getting playful with your pals, enjoying the best days of your life. And then, the other day, you just needed to be locked inside your own houses for some life-threatening reason. It all appears to be so normal now when the same seemed to be some kind of curse to mankind initially. They say, ‘humans are good at adapting to the changes they are accustomed to.’ And we proved it to be true to a great extent when we adapted the lifestyle which is all about maintaining distances amidst us. Let’s take some time to think about how would life after COVID-19 be? Let’s question ourselves if we would be able to become our older normal selves back again. Here is how I feel about the new “LIFE AFTER COVID 19” that awaits us.

A Glance of Our Previous Selves

It takes 21 days to make it a habit & 90 days to make it a lifestyle. That’s how the basic rule to adapt to something new goes as. We just read it aloud and preached the same to our kids until now. When we actually had to use the same rule in our life when over half of the population worldwide is locked inside their houses.

Turn back and take a look at your previous self from a few months ago. Your life was all about hectic schedules to manage working hours & get-togethers with pals and taking time to love yourself & taking time for the family. Every weekday you’d be crying and swearing at your employer about not giving you enough time to manage your personal life. And on weekends you’d bitch about the day being too short to leave you hanging between household courses and self-pampering hours.

For the unemployed, days were about meeting friends and getting gala together. They would invest hours in learning things they need or are passionate about. You talk to the extroverts and they were always like “Sorry but living within the four walls 24/7 is not my thing.” Introverts always loved to live inside ways away from chaos. But for some reason when Coronavirus has declared a pandemic and the states announced long-term lockdowns, we were pissed to the soul. Mommies would love hanging on the balconies, chit-chatting about random things. The grannies would gather for kitty parties and kids would rush toward playgrounds. The teenagers would wake up excited to encounter another adventurous day with peers at school.

The entrepreneurs would dig themselves in the figures of the Wall Street Journal. While others would play risks in the stock market in the hope to raise their money.

The off-days would be chaotic with just too many members raking over the dining table. The most troublesome would be that one kid who is the ‘Drama king” of the town throwing tantrums. That’s how life was just a few months back until COVID-19 broke out in the masses.

The news trends started to change when the Chinese city of Wuhan reported an insanely high number of pneumonia cases to WHO in January 2020. Yea! That true. This is exactly how it began. In no time, countries from the west started to complain the same. Nobody at that time had an intuition about the new black history awaiting us. The medical field was in awe as to what had happened to the world. Despite thousands of research and experiments, all we could discover was the virus that has been spread globally.

How School Colleges Will Change in Future

The figures for Common-cold carriers rose to hundreds of thousands. Thousands started testing positive for Coronavirus disease. The death toll rose too. No one ever thought that a virus as small as 120nm could trouble mankind like this. As the virus carriers increased, the economy started to fall down. The ruling centers of the state were worried for nobody could trace the passage of it. No one knew of a way to avoid getting sick until death. There were also no medicines or vaccines known to cure the cause. The only way we knew was by being friends with cleanliness and avoiding crowds and gatherings.

But for some reason, even the ones obsessed with cleanliness suffered too. The markets were made to shut down. Schools and colleges were not allowed to call for lecture sessions anymore. Adults were made to go to work from home. Lifestyles and trends changed suddenly. Fashion trends upgraded to endless face masks, gloves, and stoles saga. On the other hand, sanitizers, hand washes, and soaps rose to prominence.

Chanakya once said, “When the enemy is invisible, it’s better to hide inside.” This is exactly what the need of the hour became. The mantras like, ‘social distancing’, ‘isolation’, ‘quarantine’ & lock-down proved to be the life saviors all of a sudden. OCD who found the existence troublesome became the ones devoid of global trouble. The states faced billions of losses overnight. The need of the hour was to announce an instant lockdown. The drawbacks of this lockdown were numerous. The ones who suffered the most were the daily wagers. But concerning the overall human interest, the majority of the world population was made to stay quarantine.

Despite so many prevention, precautions, and everything, the positive figures continued to rise and soon changed from thousands to millions. The super-advanced technologies from medical fields could do nothing. The hospitals ran out of beds and the government, out of funds.

When the global front was facing so many problems at once, there were millions of men who wouldn’t understand the severity of the situation. The administration had to punish them with beatings and fines to save their lives. To avoid panic among the masses, the state would keep on extending the lockdown gradually instead of announcing the long-term one.

Avoiding deaths due to starvation still remained a matter of concern. There were millions out there who couldn’t afford two meals a day during the lockdown. They needed to be taken care of. Thousands of daily wagers residing in other cities and states started rushing toward their hometowns. The public transportation services had to be stopped for the virus would travel thousands of miles and transmit to healthy people. Forget about the army, air force, or navy, the real patriots were the cops and doctors. Life in simple words changed from peace to chaos within weeks.

This is the story until today. There is a high probability of the lockdown being removed. There are chances of life returning to normal. Despite hundreds of failures in creating the vaccine for the virus, there are chances of mankind taking a U-turn for revival. But after all this, a few questions still remain in existence. Will life really return to normality? Will we be able to be our older selves once again? Let’s ponder our thoughts on these questions.

The road ahead isn’t an easy one. There be countless problems that we’ll have to struggle with. My personal opinion goes with the notion that we wouldn’t be able to get back to our normal life for quite some time now.  The uplifting of lockdown is not the exit of the pandemic from our lives.

We would still feel unsafe moving out of our houses for the enemy that we stand against is invisible. You’d never know where it attacked from. There would still be thousands of people on the street not ready to travel on public transport.

The theaters, shopping malls, restaurants, and salons would still appear to be the danger zone for us. You would still find countless men covered in masks, gloves, and aprons as mafias on the street.

Mommies would feel more secure in shopping from the local grocery store than the supermarkets. The schools and offices would struggle in managing the distance between two desks forever. The economic depression awaiting us would be way more severe than the ‘Great Depression.’ The recession would force millions to become unemployed. Several businesses would struggle for survival and thousands of them would run bankrupt.

How could the families who lost their members forget everything and revive back to the days as if nothing bad ever happened? Mankind would need its time to heal back to its normal self. The countries would need to struggle to stand forth again as a stronger front again.

The economy will need to collect its pieces and revive once again. With time, we will return back once again to our normal selves with loads of lessons to our wisdom.