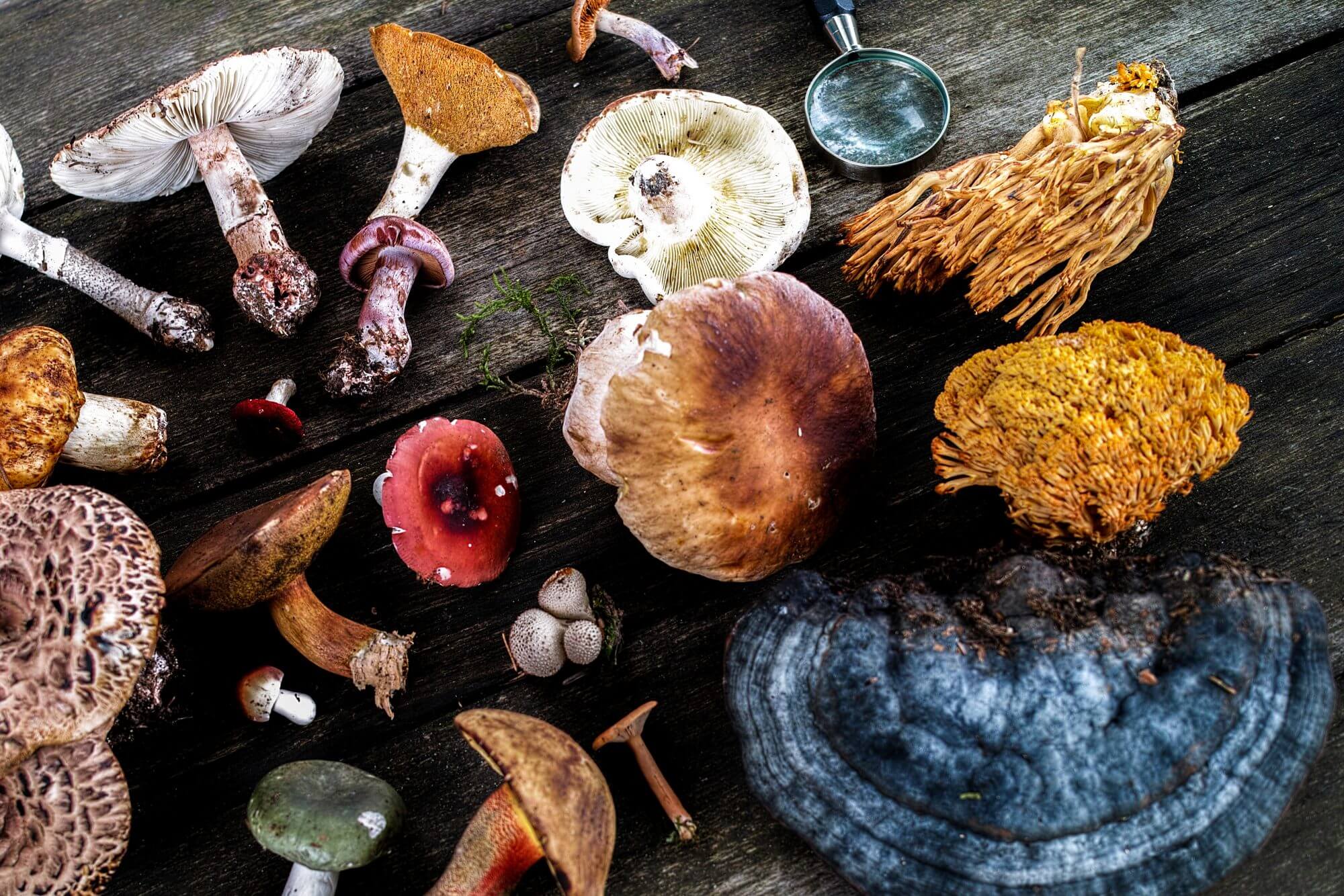 The Fungi kingdom might be the most diverse group of life. The Fungi kingdom includes various forms of life such as mushrooms, molds, yeast, mildew, and so much more. While scientists have discovered thousands of species of mushrooms, there are many others to be studied. Of these species, about 2000 of them are thought to be edible. However, this number narrows down even further when referring to medicinal mushrooms. You might have heard that some types of mushrooms have health benefits — and it’s true! Many edible types of mushrooms can be used for their medicinal advantages.

Many modern scientists and medical professionals do not believe in the benefits of medical mushrooms. As a result, the FDA has not yet approved the use of medicinal mushrooms as a treatment for conditions such as cancer. However, ancient East Asian practices swear by the medicinal benefits of mushrooms. All of the mushrooms mentioned in our list are thought to have healing properties.

Shiitake mushrooms may be the only item on our list that you’re familiar with. This species mainly grows in Japan. Usually, it stems from rotting hardwood trees. A shiitake mushroom is tan in color and about three to four inches tall. Moreover, these mushrooms are high in fiber and contain very few calories. They also have amino acids, which are important for our health.

The king trumpet mushroom is native to places in Europe, North America, as well as the Middle East. They can stay fresh for a long time, depending on how you store them. If you store them on a shelf in a dry place, they can last you a couple of weeks. However, if you keep them in the fridge, they might remain good for a little over a week. King trumpet mushrooms have thick white steams and small brown caps.

King trumpets mushrooms increase bone density, making them beneficial against bone-related diseases. Similar to Shiitake mushrooms, king trumpet mushrooms have nutrients that support cholesterol reduction. In addition, they are rich in anti-oxidants, which could aid in muscle recovery. Thus, they could be an excellent addition to your diet if you work out regularly.

As the name suggests, oyster mushrooms look a little like oysters. They can grow up to ten inches wide and typically have a smooth surface. Most oyster mushrooms have short, thick stems with gills down their sides. When they are young, these gills are light in color. However, as they age, their gills will become dark brown. Oyster mushrooms are popular in many meat dishes.

Oyster mushrooms are highly nutritious and very low in fat. These fungi also contain beneficial vitamins and minerals such as potassium and folate. Potassium, for example, can reduce blood pressure, lowering the risk of heart-related diseases. In addition, these mushrooms contain beta-glucan fibers that can strengthen your immune system. Other medicinal benefits may include blood pressure regulation, lowered blood sugar, and cholesterol management.

Agarikon benefits the body in many ways. As science has evolved, medicinal mushrooms such as Agarikon mushrooms have gained some support. These mushrooms are famously used in drugs as antimicrobial agents. Agarikon may also be used as a laxative, a digestive aid, or a remedy for coughing. Presently, the FDA has approved research for the use of Agarikon against COVID-19. Unfortunately, due to their slow growth rate and the effects of deforestation, these mushrooms are dwindling in numbers.

Almond mushrooms are named after their almond-like taste. One of the reasons why they are a popular medicinal mushroom is how common they are. These aromatic fungi can survive harsh weather, making them suitable for most climates. In addition, they’re very easy to grow. You can identify almond mushrooms by their white stems and tan tops.

Almond mushrooms are thought to have anti-viral properties. In several cases, these fragrant mushrooms have been used to prevent chronic hepatitis, cancer, and diabetes. Moreover, almond mushrooms contain many valuable minerals. Some of these minerals include potassium, calcium, zinc, and magnesium. Thus, these mushrooms are a great addition to anyone’s diet.

As we mentioned earlier, mushrooms have been used for their medicinal benefits for a long time. Yet, many people aren’t aware of their advantages. Shiitake, king trumpet, oyster, Agarikon, and almond mushrooms aren’t very well-known to the average person. Thus, neither are their benefits. However, they can be advantageous to your health.

Shiitake mushrooms can reduce cholesterol, while king trumpet mushrooms can increase bone density and defend against bone-related illnesses. Oyster mushrooms, meanwhile, reduce blood pressure, improving your heart health. In addition, Agarikon mushrooms have antimicrobial properties, which means they can be useful in fighting infection. Finally, almond mushrooms contain valuable minerals and can prevent illnesses such as hepatitis and cancer.