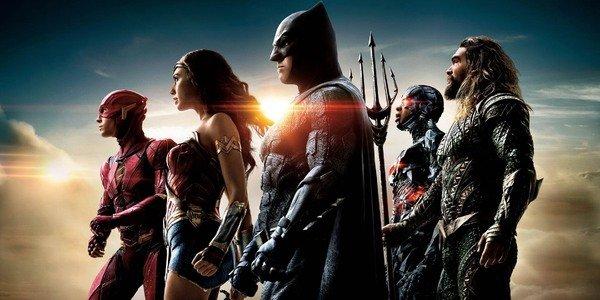 Movie franchises always build a new world for us to believe in and relate to them. Let’s check which franchise created this successfully most.

This movie franchise is full of amazing characters, which can make you a huge fan of them. I am also a fan. Storytelling and storyline all are awesome in this movie, but those are not linked with each other. That’s why sometimes it may be confusing, but the greatness of those movies is that you still enjoyed them even though you were confused.

Lord of the Rings movie franchise has Amazing visuals, a Stunning and hooked screenplay, and beautiful camera angles that can create magic within itself. Can you imagine !! When you see the battle scene and know that the type of CGI used is in the early ’20s. Will you be surely amazed? You will respect his wisdom also. That is amazing also, but the weakness is the length of each movie; sometimes, it may feel slow. Lord of the Rings Movie franchise wins 17 Oscars.

A crazy car chasing sequence, a terrifying stunt, a hero with moral values and a deep love for the heroine, A great team member, Crazy villain and racing, racing and racing. I am sure you might think about Dominic Toretto. That badass personality with full entertainment. This has to be a Fast and Furious cinematic world. If you watch that type of entertainment movie, the fast and furious is surely made for you, but this movie has the same plot every time and every movie. That kind of story may make you feel bored.

An amazing Spielberg’s directed treasure hunt movie. Indiana Jones is a greatly directed, well-plotted, and blockbuster hit movie. This movie series releases five movies, and every movie is different from the other. That’s why you get refreshed every time, and this is a drawback because you can’t get a feel for the connection.

Matrix is an amazing, action sci-fi movie. This movie forces you to think about your reality; every movie connected in this series. Crazy fight sequence, awesome storyline, Incredible world-building makes this movie series amazing. That Movie series will hook you very much.

5. Pirates of the Caribbean:

Jack sparrow, oops! Sorry, “Captain Jack Sparrow”. Remember, one of the most iconic characters doesn’t like to call himself only Jack Sparrow. The storyline, Treasure hunting, suspense, and world of pirates make this movie series great. Even Disney arranges a separate park for tributing this Pirate world. Comedy, Action, Thrilling and exciting moments give you the edge of the seat experience. This movie also has a drawback. The first three movies are insanely great, no doubt, but the last two movies are not that good because Jack Sparrow sometimes stays in the shadows. That thing makes those movies sometimes boring.

A boy with round glass with a magic wand, What character first hit in your mind?  Let me guess. Is it Harry potter?

It has to be right because you see the name in the heading. Ok, jokes apart, Just think about the Wizard world, Hogwarts, Voldemort, Dumbledore all are a part of this cinematic universe. Just imagine when all Iconic characters of the wizarding world are in the same universe, this has to be awesome. Amazing character development and wonderful world-building make this universe one of the greatest. When you see the first part and last part, you realize this is insane because when J.K.Rowling wrote the first story, she already knew what would be the end of this movie franchise.

A true action-packed movie franchise where you can see the morale and ethics of the underworld, and that may be amazed you. In this world, If you say the name of John wick to any of the dons in the underworld, They either show respect or they would be afraid. You might think John is a don. Nope, my friend, he is not a don; he is the one who was sent to kill the boogeyman. Do you know who the boogeyman is? A boogeyman is a killer who can kill anybody. Just imagine he was sent to kill the boogeyman. That kind of terrifying man he is. What he did in this movie, you can’t imagine. This movie series’ greatness in action, direction, and beautiful cinematography. This deserves a place on the 3rd place in the List of Movies.

I think you are not shocked. The DC universe is the oldest superhero cinematic universe. Iconic characters with popular superheroes make this universe excited. Superman, Batman, Flash, and Wonder Woman are incredibly popular all over the world. When director Christopher Nolan takes responsibility to direct the Batman trilogy, it will create hype very much among all fans, and The Dark Knight movie is incredible enough to get an Oscar. This is the only superhero movie that got an Oscar. Then Christopher Nolan did not direct any DCU movie. Then Jack Snyder came. But after some internal conflict between Warner bros. the kick out Jack Snyder. From there, the fall of DCU starts. That’s why some stories are not connected, making this movie series at the number two position.

If there is an example of creating a Perfect Cinematic universe, Marvel Cinematic Universe is that example. Amazing storyline, Futuristic vision, wonderful connection with each other with important easter eggs in every movie, beautiful ending and perfect character development,post-credit scenes for teasing the next movie and pinpoint details all are Incredibly great. I am wondering till now how they planned 22 movies since the start of Iron Man. Is this even possible? This is awesome. Really Marvel sets a milestone to create a perfect cinematic universe. From then to now what they did and what they will do, Nobody can touch their level. This is the best movie franchise ever. Not one of the best, this is the best.