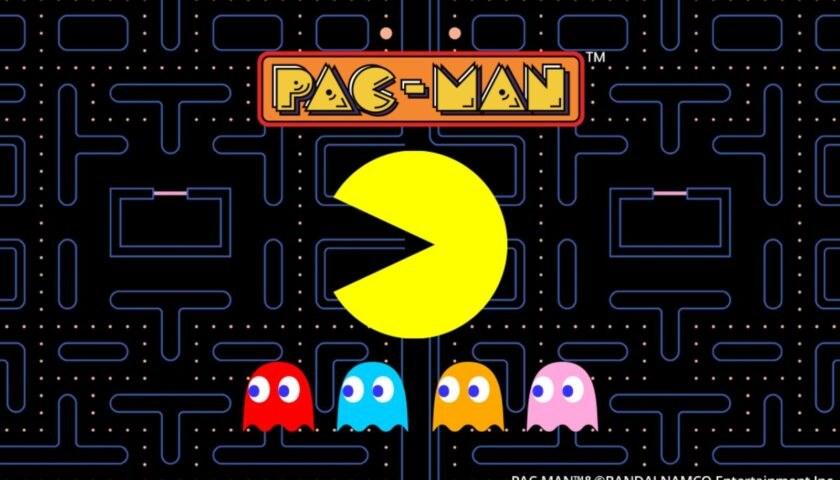 On 10th May 2010, the home page of Google lit up with a video game and a very familiar sound. All the 90s kids who were used to visiting arcades in their childhood got a rush of nostalgia as they saw the PacMan game on their screens. Google Doodle has always been known to honor and celebrate the anniversaries of various things around the year. The 30th anniversary of PacMan was another one of these occasions.

The game PacMan became extremely popular in the 1980s when it was first released as an arcade game. After this, it ruled the world of mini video games and later as a PC and tablet game. In 2010, when the game completed three decades in circulation, Google Doodle decided to make this memorable game more memorable for people around the world.

Let us take a look at the development of this game and how Google Doodle brought about a new wave for the game on its 30th anniversary.

Pacman The Game And How Things Started

PacMan began as a revolution in the field of video games. The PacMan game is one of the most popular video games of all time. It was first released in 1980 and has been played by millions of people since then. The objective of the game is to eat all the dots in a maze while avoiding ghosts. PacMan is one of the first video games to use graphics that represented real objects. Prior to PacMan, most video games were text-based or used very simple line drawings. The PacMan game was also one of the first to use “sprites”, which are images that can be moved around on a screen.

The original PacMan game was designed by Japanese game designer Toru Iwatani. He has said that he was inspired by pizza when designing the game. The character of PacMan is based on a Japanese folktale character called “Kuchi-paku”, which means “mouthpiece”. On May 22, 1980, Namco officially released Pac-Man in Japan as a commercial game. It was an instant hit when it was released and quickly became a cultural phenomenon. The wide-mouth character, the colorful ghosts- Blinky (red), Pinky (pink), Inky (light blue), Clyde (orange) – as well as the signature music of the game became popular worldwide. It has been featured in movies, and television shows, and even has been used as a teaching tool in classrooms. The game has also spawned numerous sequels and spin-offs.

Read about another popular video game: What Do You Mean By Immortal SMP?

When PacMan turned 30 in 2010, players and fans of the game all over the world had a great occasion to celebrate. There were tournaments all over the internet, social media as well as local arcades all over the world. It is considered a revolutionary software in the field of video games, the reason why it is so popular to this day. The developers of the game also created a very special online 30th-anniversary edition for their followers all over the world. This version had new levels, bonus features, and a new PacMan skin. In that particular year, the game saw a huge surge of players discovering the game in the new generation.

The classic game had a full makeover with its 30th-anniversary edition. The PacMan Championship Edition 2 came with improved screen features and was made to be played on big screens. There were also talks about making a full remake of PacMan and creating a new generation edition of the game. As part of the 30th year celebration, there was new merchandise released for all the fans.

The Google Doodle Inspiration And Stories In The News

Google Doodle was developed as a new feature of the Google search engine where illustrators, engineers, and artists came together to develop “Doodles”. These were artworks and digital illustrations that were created to commemorate different occasions. Birthdays of famous and lesser-known personalities, holidays, international games, comic books and so much more. The Google Doodle became an extremely popular feature where users looked forward to alterations in the logos and learning about something new with each.

When the 30 Years of PacMan commemorative Doodle was released, it marked another milestone. With this doodle, Google Doodle released its first interactive logo. In collaboration with Namco, they incorporated the video game into Google’s logo itself. The search engine celebrated PAC-MAN’s 30th anniversary with a doodle that let users play the classic game right from the search page.

The gaming experience was kept like the classic versions, to make it more authentic. All you had to do is head to Google’s main page and start munching away. The doodle included all four original ghosts – Blinky, Pinky, Inky, and Clyde – as well as PAC-MAN himself. The doodle also featured a new twist: when PAC-MAN eats one of the special power pellets, the ghosts turn blue and he can eat them for extra points. There are also two new fruit symbols – cherries and strawberries – that award bonus points. Google has even included a high score board so you can see how your PAC-MAN skills compare to the rest of the world.

Also read: What Are The Features Of Reversi Online Game

PacMan: Now And The Future Of The Game

The 30th anniversary of PacMan brought in questions about the future of the game. With Google Doodle bringing the game to so many new generation players and the new editions being released, it was clear that the game was far from obsolete among video-game lovers. It’s hard to say exactly what the future holds, but it seems likely that PacMan will continue to be popular for many years to come. The game has a timeless appeal that seems to transcend generations, and it’s unlikely that this will change anytime soon. Of course, there will always be new games and technologies that emerge and threaten to dethrone PacMan as the king of arcade games, but it seems unlikely that this will ever happen. PacMan is simply too ingrained in popular culture to ever disappear completely.

Facts You Should Know About Pacman

Here are some of the most interesting facts about the game put together for the 30th anniversary:

When Was Pacman Released In America?

PacMan was released in the United States of America on May 21, 1980 as an arcade game.

Thompson and Ritchie were the main designers of the 2010 version of the PacMan Google Doodle. It was to honor 30 years of the iconic video game.

Why is the PacMan Doodle special?

The 30th anniversary Google Doodle of PacMan was the first interactive doodle made by the search engine. This meant that the users could play the game directly with the Google logo.

For more updates on the latest technology and other updates, follow: https://lemonyblog.com/category/technology/