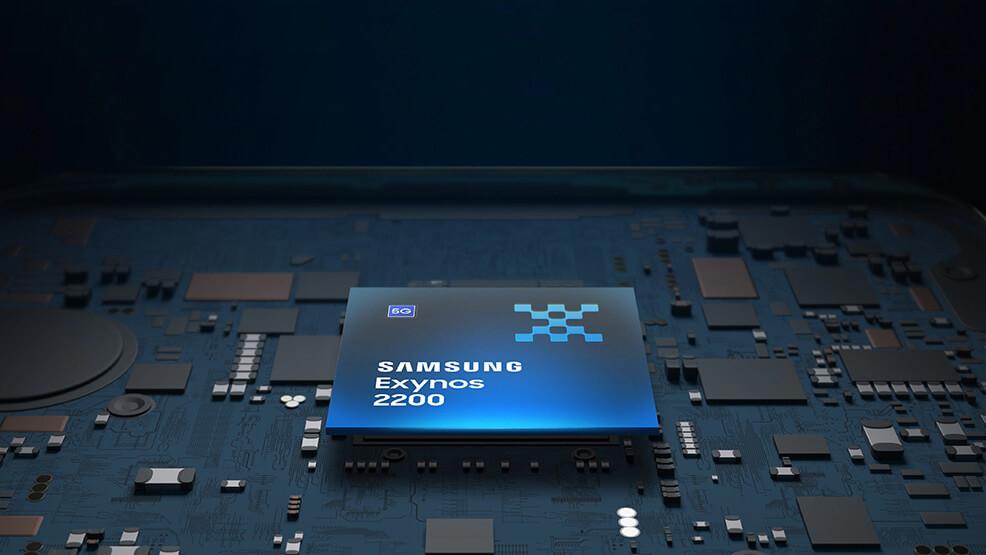 Samsung, after numerous teasers and rumours, introduced the Exynos 2200, the next flagship mobile processor to replace last year’s Exynos 2100 chip. It is the first mobile chip with an integrated AMD RDNA 2 GPU to support ray tracing and Variable Rate Shading (VRS), a first for smartphones (previously only available on PCs, laptops, and consoles).

Recall that back in 2019, Samsung entered into a partnership with AMD to license the latter’s graphics IP cores for use in its own Exynos single-chip systems for mobile devices. At the January presentation of the Exynos 2100 (Galaxy S21), Samsung announced the successful use of RDNA in the flagship Exynos models, and as part of Computex 2021, support for ray tracing and Variable Rate Shading (VRS) was confirmed for the chip. The presentation of the Exynos 2200 was originally scheduled for January 11, but Samsung changed everything at the last moment and announced the SoC today, January 18th. It should compete with Snapdragon 8 Gen 1 and Apple A15 Bionic. There are no reliable test results yet, but on paper, the chip looks promising.

The Exynos 2200 is being produced using a more advanced 4nm technology with hard ultraviolet (EUV) lithography at Samsung’s facilities. The integrated GPU has been given its name, “Xclipse,” and AMD Senior Vice President of Radeon GPU David Wong said in a statement that it is “the first collaboration of several planned generations of AMD RDNA graphics in the Exynos SoC.” Back in June, information slipped that Samsung was negotiating with AMD to develop the second generation of the Radeon graphics core for Exynos.

The processor part of the Exynos 2200 is a three-cluster eight-core CPU based on the latest ARMv9 architecture, which, according to the core scheme, repeats the Snapdragon 8 Gen 1. That is, one high-performance Cortex-X2 “super-core”, three medium Cortex-A710, and four energy-efficient Cortex-A510.

The Exynos 2200 is equipped with an improved dual-core NPU, which is responsible for accelerating the processing of artificial intelligence tasks. According to Samsung, performance has doubled compared to the previous generation (the previous generation solution produced 26 TOPS (trillion operations per second)). Part of the Exynos 2200 is also a new high-performance image processor (ISP) capable of handling cameras up to 200 megapixels. If you remember, the company introduced a sensor of this resolution last year.