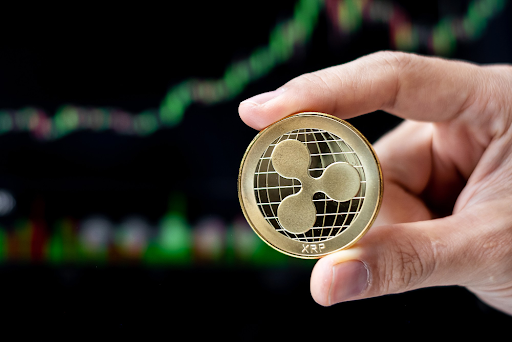 The advent of technology has improved the trading and investment industry. With the increased use of computers in the late 80s and early 90s, online trading platforms emerged and the better use of computers ushered flows in high-frequency trading.

As technology continues to improve, the popularity of mobile applications is growing every day. Today, investing has become much easier than it used to be before. Now-a-days, investors can get information about cryptocurrency through their mobile phones with the help of the internet.

The world of cryptocurrency is unpredictable and it is not a secret. A review of XRP performance in 2021 demonstrates this. In January 2021, the currency was trading at $0.21 from a previous $0.78. After a temporary stay at this point, the price rose again to reach $1.96 a few months later in April. Ripple predictions going forward into 2025 are unlikely to give different results apart from the usual volatility. While the price is still below $0.34 now, experts opine that the currency will be valued at $1.76 on the higher side.

June 2022 started relatively solidly considering the situation in the broader cryptocurrency market. Ripple had started off the month at 41 cents and was still trading at around that figure towards the middle of that month.

But then, a serious sudden downtown occurred a few weeks ago and affected the entire cryptocurrency market. The first week of June saw the market capitalization fall by at least 14%. XRP is among the coins that suffered the biggest losses in the last few weeks.

Ripple price now is $0.3442, compared to yesterday’s $0.3371 and $0.3565 for low and high respectively. Like the other crypto, this currency is experiencing a downward spiral. However, experts are foreseeing some change towards the end of the year, with anything between $0.47 and $0.56 being predicted by December.

As time progresses, Ripple will gain ground and as experts say, a $3.61 value is feasible by the close of 2025. With the lawsuit and the possible adoption that could follow a positive outcome, this improvement seems possible.

Also, Check – Who Belongs To The Blockchain?

Will Ripple rise again or will it fall further?

Ripple is holding on well despite the fall. However, anything can happen in this market and prove any guess wrong. Regarding the lawsuit and the crypto winter, no one knows how things will turn out.

An educated guess would say that Ripple’s next direction seems to be pegged on the outcome of the lawsuit. That the case may drag into 2023 isn’t what Ripple would have wished for because this keeps investors waiting to make a decision. But there are optimistic voices out there, including attorney John Deaton who argues that whatever the outcome, the entire industry will be affected.

If the SEC determines that Ripple is a security, then a flurry of lawsuits could follow because this will affect other crypto falling under this category. This will also create disdain against cryptosystem technological advancement. It could cause a further fall for XRP and other cryptos. If the reverse happens, then the adoption of this coin could be adopted significantly.

Why is Ripple still worth buying?

Those who invest in crypto will be cognizant of the fact that this market is highly volatile. As seen recently, this coin goes through highs and lows. These changes can happen in a matter of days.

So even with the recent downside reversal of the currency, most experts would recommend buying Ripple. If you have some of it, it would be wise to hold onto it. Cutting the bait may not be a good move.

This coin is still worth buying because it is valuable to use and has a great future price potential.

XRP sits among the best cryptocurrencies in the market today, especially for beginners. Its foundation and historical performances cannot be emulated by many tokens.

But like in any other investment, the final decision rests with the investor. For anyone considering the project, the best approach is to conduct extensive research. Here are some reasons that may convince you to buy Ripple:

Ripple has been through a rough ride in recent months as the legal battle with SEC progresses. If the coin manages to come out of the situation unscathed, its potential can only increase in the coming days. Hopefully, Ripple’s price prediction and short analysis offered here have helped you decide which investment direction to take.