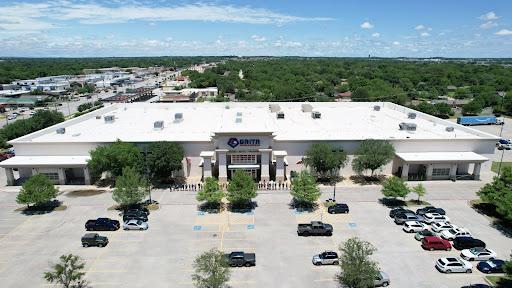 Though the mule deer hunting season has ended, Texans still have a couple of weekends before the end of the fall Rio Grande turkey and whitetail hunting seasons, and waterfowlers will be enjoying their duck hunts until the very end of January. Veterans often advise gearing up with hunting clothing and equipment off-season, and they are right. But since you are here, we can assume you’re taking care of it in advance, trying to find places that offer the best for the price.

So we’d like to present our friends – GRITR Outdoors – the best hunting store in Texas that you must try out.

We all love success stories, and these guys have one to tell. Web Corp, which later mothered GRITR Outdoors and many other businesses and projects, started back in 2010, retailing goods for outdoor activities. Witnessing stable sales growth throughout several years, Weby opened its first brick-and-mortar outdoor store in 2014 (the second followed three years later). The same year, it was recognized as #381 on the Inc.500 list of America’s fastest-growing companies and #65 on the SMU Cox Dallas 100 List.

In 2016, Weby successfully launched two online stores: one for firearms and ammo and the other for outdoor equipment. And in 2019, the company significantly expanded its brand portfolio and diversified into more product categories. It also began GRITR Holsters. 2020 was a pivotal year because Weby rebranded its projects, taking a cue from the holster business, and that’s how we’ve got GRITR Outdoors and GRITR Sports.

Today, Weby Corp is thriving with its GRITR projects but shows no sign of letting up. That’s the spirit!

Why Does It Rock

As you already know, GRITR Outdoors isn’t just some local store selling no-name hunting gear but a large retailer operating offline and online. If you live in North Richland Hills or somewhere around Tarrant County, you can actually come to the store to seek advice from knowledgeable staff and try things on. Or you can shop online if you live in other counties or beyond Texas. The product range is actually broader online, and the service is awesome.

First, the online store offers free standard ground shipping to whatever US location you want. Since no one is secured against dead-on-arrival items or items that don’t fit, the return/exchange policy is also very forgiving: GRITR offers a standard 30-day return window, just like any other store that cares for its customers’ comfort.

So what else do customers want? Discounts, of course! A store laying claim to being the best must spoil loyal customers with deals, rebates, and sales, and GRITR Outdoors does this. It means you have a great chance to pick up a product made by high-tier brands, such as Sitka, Pnuma, King’s Camo, 5.11 Tactical, and many others, at decent prices throughout the year, not only during the off-season.

The outdoor hunting store also operates an educational blog that tackles all the nuts and bolts of hunting and allied activities, such as angling and outdoor sports. It will be helpful for beginners.

As far as education and entertainment go, the physical store in North Richland Hills collaborates with local businesses to promote an active lifestyle. For example, GRITR holds a taxidermy display with mounts of various animals, including exotic ones. This display reminds fellow hunters of conservation and ethical hunting. Also, a collaboration with Universal Rocks fruited in a super-realistic climbing wall.

GRITR is a store made by hunters for hunters. Those in the picture know that hunting can be as liberating and inspirational as miserable and disappointing. No matter what challenges you face, you must keep going. This attitude to life is reflected in the name of the store. It’s GRIT-R – firmness of mind and spirit in the face of hardships flavored with the power of a roaring R.

Now, let’s have a look inside.

What You’ll Find At GRITR Outdoors

A hundred years ago, hunters had to rely mostly on their skill and the weapon’s accuracy. As you may know, the first camouflage clothing appeared during World War I and transitioned to hunters only several decades later. However, military camo that found its way to hunters’ wardrobes wasn’t adapted for hunting. Fortunately, advancements in technologies and materials finally allowed manufacturers to fit their hunting clothes and boots with efficient waterproofing, lightweight insulation, and other features that are now considered standard in high-quality wear, as well as create patterns that trick animals.

The thing is that human eyesight is different from that of deer, for example. Our eyes pick up small objects. That’s why military camo, such as MultiCam, mostly features small shapes. But deer can see as clearly as humans, so they pick up big shapes and outlines. So, when some brands conducted their research, they began creating patterns that break up a human silhouette instead of mimicking the background or focusing on small shapes. That’s how the so-called Break-up Camo appeared. So break-up deer hunting camo intended for spot-and-stalk hunting and bowhunting generally features micro and macro patterns in contrasting colors. Sitka hunting clothes featuring break-up patterns developed in-house are considered the best gear. And you can shop for them at GRITR Outdoors, as well as for King’s Camo, Pnuma, Rivers West, and many more.

Also. Check – The 1 OZ Gold Coin: Why It’s Such a Smart Investment

If you’re into long-range or upland hunting, solids in earth colors and garments with blaze orange, like those from Browning, Beretta, and Vortex, will do just fine.

GRITR Outdoors also boasts a great selection of optics for observation (binos, monoculars, spotting scopes) and shooting within 100 yards (laser, red dot, and reflex sights) and beyond (pistol and rifle scopes). Some of the big names marketed by GRITR include Zeiss, Vortex, Leupold, Burris, Bushnell, Leica, and Swarovski.

Don’t search for a hunting store near me because you’ve just found it. GRITR will be happy to supply you with the necessary gear for the next season. If you’ve got interested, don’t hesitate to drop by 7901 Boulevard 26 #200 or check out the online store.