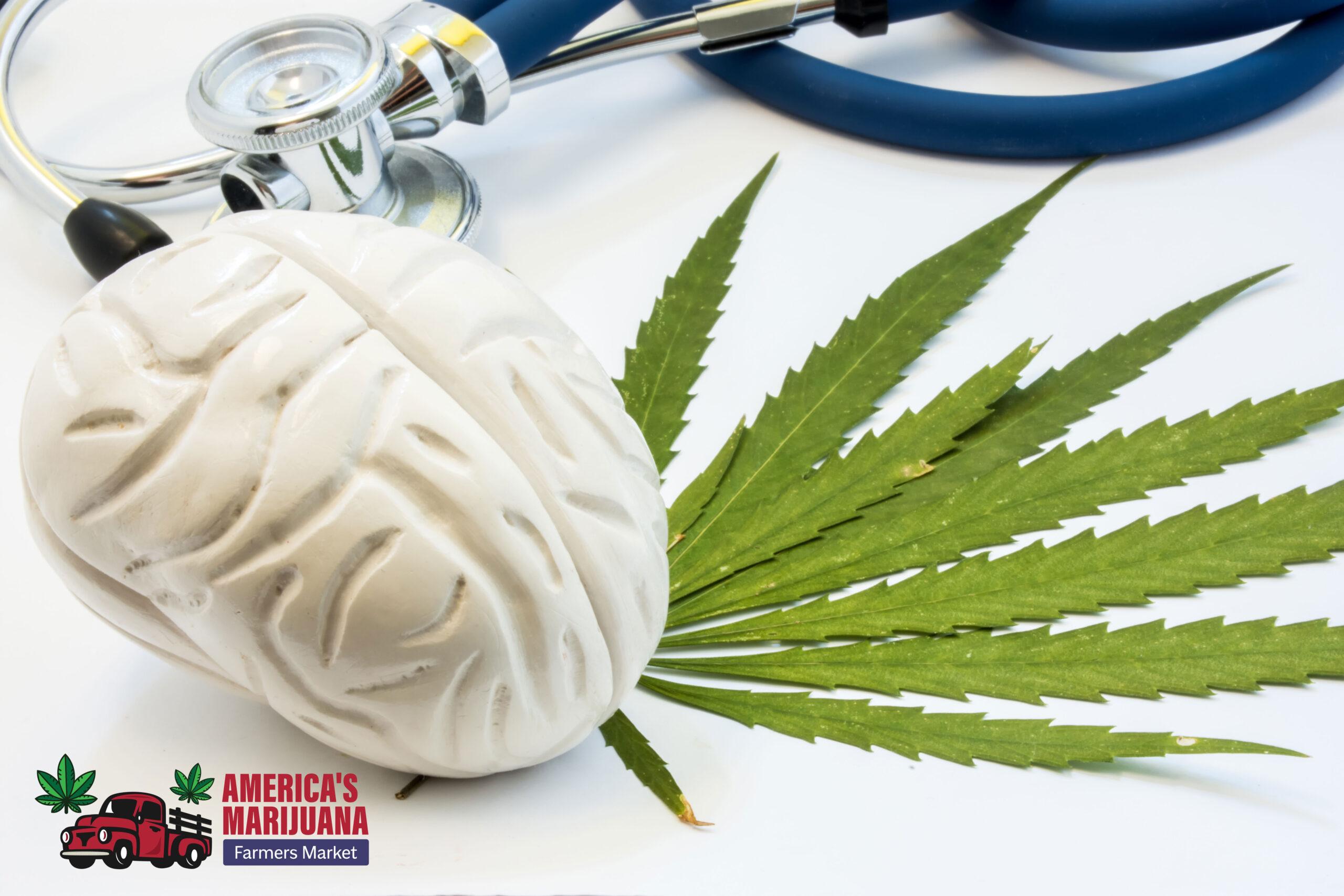 Psychiatrists and other behavioral health providers need to learn more about the link between cannabis and mental problems so they can respond to their patients about the growing usage of medical and recreational marijuana. Medical marijuana is now legal in more than half of the states and with an increasing number of Cannabis Marketplace, it is gaining even more insights.

The scientific understanding of herbal cannabis, the endocannabinoid system, and cannabinoid pharmacology is skyrocketing.

Herbal cannabis has a wide range of medicinal uses, despite the fact that it is illegal in the United States under the Controlled Substances Act of 1970 and the Drug Enforcement Administration Schedule.

For the past half-century, they have focused the federally financed cannabis research agenda on the possible hazards rather than the long-established therapeutic advantages of this fascinating plant.

Use Of Cannabis As A Cure:

Vast varieties of medical marijuana: Plant material generated from the flower extracts of cannabis strains, Sativa, or ruderalis biotypes are referred to as herbal cannabis. On the medicinal marijuana marketplace, Indica, Sativa, and Indica-Sativa hybrid varieties are widely available.

Unique components: Herbal cannabis is biochemically diverse, containing both psychotropic and non-psychoactive components. There are 483 unique components of marijuana, along with over 60 cannabinoids and 140 terpenes we know of, according to reports.

THC & CBD – Delta-9-tetrahydrocannabinol (THC) is a phytocannabinoid that is responsible for much of the intoxicating impact. Meanwhile, another ingredient, cannabidiol (CBD), is gaining popularity. It is not psychoactive but seems to have the medicinal potential for a wide range of illnesses, either alone or in conjunction with THC.

Medicinal uses: It’s ironic that CBD, a non-psychoactive ingredient, is now only available for medicinal usage in the United States in the form of federally illegal medicinal cannabis products sold through regional legalized marijuana.

It is not true to say that cannabis has no medical use or that safety information is absent based on existing studies. Surprisingly, for nearly two decades, the US authorities have maintained a patent on substituting CBD compounds as radicals and neuroprotectants.

Regardless of its legal status, cannabis is used by many people with psychiatric conditions who find relief from their symptoms. Cannabis can treat PTSD, mood disorders, depression, ADHD, bipolar illness, chronic pain, sleeplessness, opiate addiction, and even schizophrenia.

Patients often use cannabis for neurological illnesses such as multiple sclerosis rigidity, dementia restlessness, and particular seizure disorders that are resistant to traditional treatments.

Patients often use cannabis to cure the vomiting and malnutrition associated with cancer chemotherapies, as well as to boost their mood and outlook—often with the consent of their doctor.

Medicinal cannabis has now become available on the market in many regions due to state medical cannabis regulations, which began in California in 1996.

Sativex, was the first medication to receive FDA approval for medical usage. Sativex was licensed in Canada in 2005 for the treatment of multiple sclerosis and persistent cancer pain. They have also approved it for medical usage in at least a half-dozen other countries.

A liquid formulation of natural plant-derived CBD (Epidiolex) is being tested for the treatment of several disorders.

Under regulated clinical study circumstances, molecular CBD has been shown to cure symptoms of schizophrenia, with effects equivalent to those of treatment with an allowed antipsychotic medication and a favorable adverse-effect spectrum.

Other research backs up the idea that CBD could be used as an antipsychotic and could counteract or negate the psychotomimetic effects of THC. With the addition of THC to their regimen, four of the six patients improved, and three of the four patients demonstrated a particular antipsychotic effect.

The National Academy report also stated that there is “significant proof” of a statistical link between cannabis usage and improved mental performance in people with psychotic illnesses and a cannabis background.

There is some sign of a statistical link between acute marijuana use as well as cognitive decline in the education, memory, and concentration domains.

A new study demonstrated cognitive decline among long-term cannabis users with cannabis use disorders, despite the fact that an earlier meta-analysis showed no persistent harm. As per the National Academy research, evidence of reduced academic attainment and educational outcomes is minimal.

Cannabinoids may inhibit neuronal excitability and Neuroinflammation, and may be useful in reducing plaque formation in Alzheimer’s disease, according to preliminary research.

However, the only clinical applications of cannabis in dementia patients have been in small open investigations with claimed efficacy, addressing behavioral abnormalities such as restlessness, food rejection, and irritation.

The researchers hypothesized that those who have cannabis use disorders are more likely to get Alzheimer’s disease. We need more research to investigate the possible treatment applications of cannabinoids in dementia, as well as whether excessive long-term marijuana utilization is a risk factor or not.

The National Academy report considers research saying that usage of cannabis or cannabinoids for treating PTSD symptoms is limited. However, clinical reports and case studies that were not included in its study quality criteria are more positive about cannabis’s advantages for PTSD symptoms.

PTSD is now one of the approved indications for proposing or allowing the medical use of marijuana in a rising number of states. The authors, on the other hand, reported reductions of 75% overall and separately in each of the three (DSM-IV) symptom clusters through marijuana.

Cannabinoid drugs’ positive benefits on PTSD are aligned with what is recognized about the psychobiology of PTSD and growing research on the endocannabinoid system. Individuals suffering from more severe PTSD symptoms are likely to self-medicate using cannabis.

Much of the following research has concentrated on the two components in herbal cannabis that have gained the most attention from researchers and clinical involvement: THC and CBD. There are a plethora of other distinct cannabis chemicals.

The quantities of these chemicals vary greatly between genetically diverse strains of cannabis and the growing circumstances. At the moment, there is not enough study on marijuana and its constituent cannabinoids to completely evaluate its potential to benefit or harm psychiatric patients and hence guide clinical practice.

Many states with medicinal marijuana dispensaries employ “counselors” who help patients pick the strain of cannabis that will best relieve their symptoms.

Patients suffering from anxiety, sleeplessness, or chronic discomfort are typically directed toward these strains.

Be on the lookout for side effects and potential drug interactions and openly address the benefits and drawbacks of cannabis use in psychiatric treatment. Follow the developing literature on its possible impact on psychopathology, treatment results, and long-term prognosis with zeal.

Physician advice on quitting smoking and drinking has a substantial impact on patient behavior. Maybe an open and stigma-free discussion regarding the frequency of marijuana consumption, dosage, and composition could lessen the chance of a cannabis use problem in the future.

Also check about – Ways CBD Can Help You Cope With Stress

The issue for modern psychiatry is to recognize cannabis’s widespread usage in our community and to advocate for a study that fills knowledge gaps.

Also, recognize that there are both hazards and advantages for mental patients and that patients should be able to discuss their cannabis usage with their psychiatrists without feeling ashamed or afraid.

As per various studies and reports, the potential benefits of medical marijuana in treating several mental problems are there. But to actually consume it for curing the diseases, you have to consult with your psychiatrist or doctor to appropriately reap the benefits of this cannabis plant.