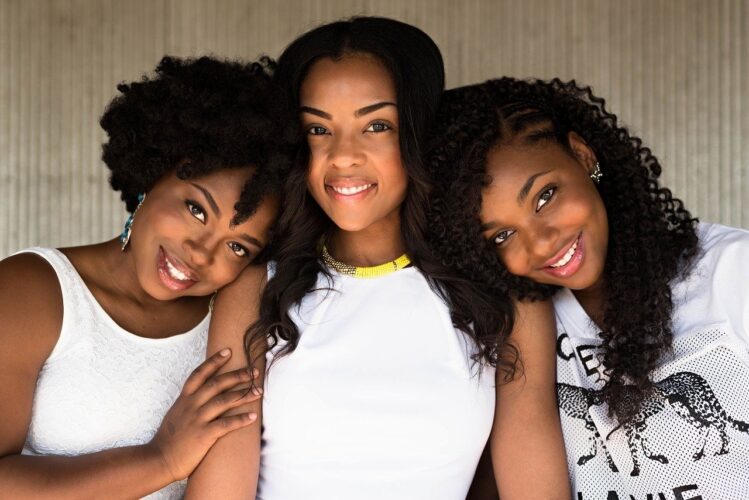 Over the years, the world has watched with envy as Black female celebrities wear beautiful new hairstyles. Just as people do with clothing, they try to emulate their favorite stars and start trends that continue for many years. In this guide, you’ll find some of the famous haircuts of Black celebrities over the years.

Is it blonde? Is it brunette? Nobody really knows, and it’s this long ‘bronde’ style that Beyonce has made her own over the years. For the longest time, Beyonce has worn her hair in long waves like she has just stepped off of the beach and you’ll find hints of amber, chocolate, caramel, and all sorts of other bronde shades.

While Beyonce has sported the long wavy hair, Mary J Blige has now had side-swept hair (normally blonde) for some time. Although she was known for changing her hairstyle frequently back in the day, she seems to have settled on the side-swept look and it would be difficult to imagine a different look for the star. As well as framing the face, the straight long hair and shorter hair on the side almost give a rock-star vibe.

Back in 2010, Janet Jackson had been out of the spotlight for some time. However, she was just about to re-enter it after chopping off most of her hair. While this doesn’t work for some, it worked for Janet, and she earned praise for the move. Using lots of products, she managed to tame the short hair (something that not everybody can do) and the slicked-back style caught the attention of many.

While some celebrities take a risk and cut their hair short, others wear their hair long, and this is true of Naomi Campbell. Let’s face it, every woman has been envious of Naomi Campbell’s long hair at one time or another. When straightened, it stretches to the bottom of her back and she often pairs this with thick bangs to frame her eyes and face. If you’re looking to emulate this look, you’ll need a few things – a reliable set of straighteners and products designed to moisturize the hair. If you’re really lucky, and you happen to live close enough, you can find a salon-like Australia’s Rumbie & Co hair salon randwick that specializes in working with the beautiful hair that black women have.

Most people hear the name Halle Berry and immediately think of the Pixie cut since this is the style she wore for so long. However, she surprised everyone when arriving at the Academy Awards in 2020 with an afro tinged with honey accents. Framing her face perfectly, the afro contained dozens of soft curls and the honey accents made the whole thing look warmer too.

Ciara is another celebrity that has experimented with many hairstyles and cuts over the years, and one particular style caught the imagination of many recently. Under the luscious locks of bronde, we saw a fishtail braid just adding some character to the whole look. With a combination of soft waves and the braid, it brings volume and texture in abundance.

When opting for a pixie, there are two schools of thought – stick with natural color and blend it into the overall style OR use a bright color and draw attention to the new cut. While Halle Berry did the former, Eva Marcille is a great example of somebody who adds color through their pixie cut. The platinum hair looks great, and it only grows in character as the darker roots start coming through.

Here are some of the most famous haircuts of black women – which have you tried in the past? Which is your favorite?