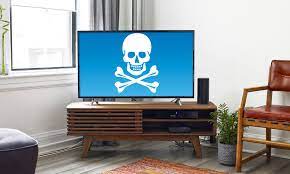 If you ever heard about the Amazon Fire TV malware or the Samsung smart TV virus, you might be curious if a smart television can get a virus. Yes, it is possible, but there is much more to it than that. And does that also mean you need an antivirus for your smart TV?

The possibility of virus and malware attacks in smart TVs

Smart TVs, like any other internet-connected device, are extremely vulnerable to malware infection.

Smart TVs use the same operating systems like computers or smartphones. In most instances, that operating system (OS) is Android, WebOS, OperaOS, RokuOS, or Tizen. Operating systems enable tech companies to develop interfaces and apps that are compatible with your television. At times, though, these TV apps are susceptible to vulnerabilities and flaws.

A few years back, Consumer Reports revealed that many smart TVs have privacy flaws that expose user data to unscrupulous attackers. Samsung’s own operating system, Tizen, which is built for all of its internet-connected products, including smart TVs, was discovered in 2017 to be particularly full of security vulnerabilities.

Historically, there have been instances of smart TVs being compromised by attackers. Below are some examples:

How bad can a TV virus get?

In the unlikely event that your smart TV gets infected with a virus, the damage that transpires is different from what you’d expect from a virus on a smartphone or computer.

Although there is not much personally revealing information on your television, there may be some info that you wouldn’t wish to fall into the hands of an attacker.

Most smart TVs, for example, use a technology known as automatic content recognition (ACR), which can recognize every show you watch.

Furthermore, smart TVs linked to other internet-connected gadgets may reveal more info about you and your home as they exchange data. Thus, the more connected these gadgets are, the more crucial it is to secure them.

While an attacker is unlikely to access password or credit card information from your television, data shared with your television by another connected device may be accessible.

And given the popularity of smart speakers and assistants, which frequently push things like shopping features, it is likely that data that isn’t explicitly on your television could be intercepted.

Bigger potential for privacy invasion exists if malicious software uses your smart TV features against you. Unfortunately, whatever functionality is available to a TV developer is also available to a hacker wishing to perform something unlawful with the device. Meaning, in-built features like a television microphone may be compromised and used to spy on your conversations.

Let’s assume your TV picks up ransomware or Trojan; what should you do? Well, there are several ways to root out viruses or malware from your device.

Nowadays, most smart TVs boast of in-built antivirus software. Well, it is signature-based and might not make a huge difference in the event of Advanced Persistent Threats; however, it is still better than nothing.

For instance, McAfee Security Software is included in all Samsung Smart TVs. In the security settings, you can run a virus scan whenever necessary.

If you don’t own a Samsung TV, you can still buy antivirus software appropriate for your TV model.  Remember, all antivirus programs are not created the same. Some antivirus tools offer better, more affordable, and more suitable protection for Android-powered devices, and particularly televisions than others.

Other ways to secure your smart TV

Still, wondering if you need an antivirus for your smart TV? The truth is, malware can brick your smart TV, but the effect would not be as far-reaching as to what would transpire if the same virus got into your computer.