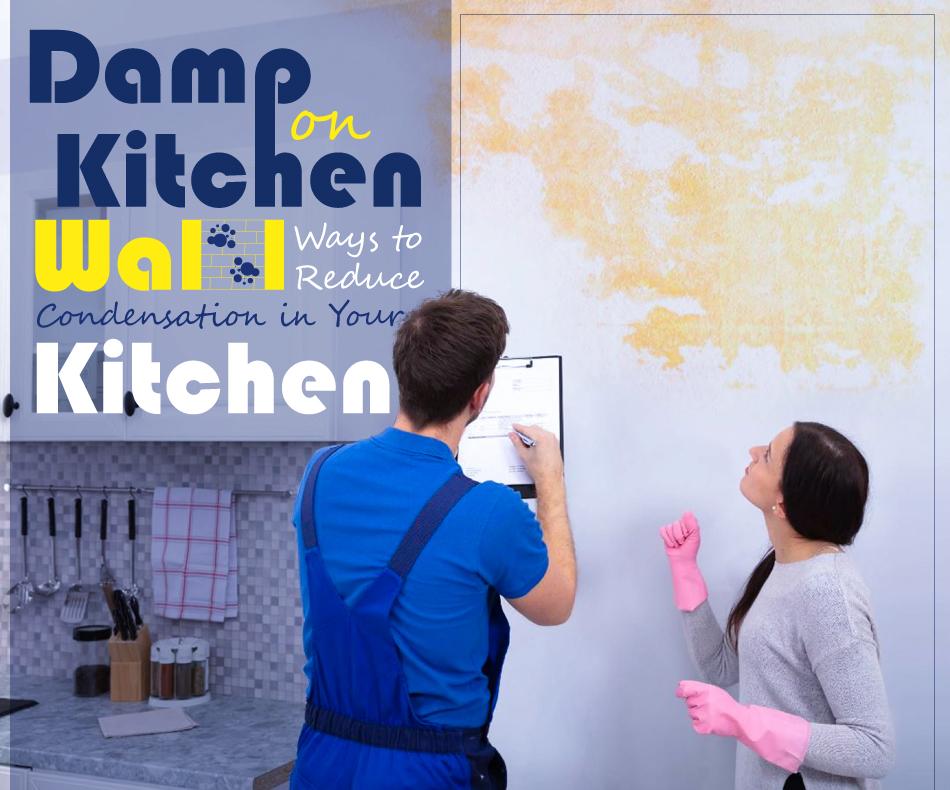 Condensation usually happens in the bathroom. You will notice a fog covering the bathroom mirror after taking your shower? Try wiping the fog, and you will see small beads of water in the mirror. Do you know where the beads of water and fog came from? It results from condensation.

It is changing the water vapor into liquid water. When the water from the hot shower meets any cold surface, condensation occurs. It means the water vapor melts down into moisture.  Condensation also happens in the kitchen. A simple example is when boiling water in a kettle creates steam.

What Causes Condensation in a Kitchen?

Cooking may produce a lot of steam. If the temperature is colder, the steam will turn into moisture. Poor ventilation is another cause of condensation. That is why it is essential to open the windows when cooking or install an extractor fan. The high humidity in the kitchen also develops condensation.

When Does Condensation Happen?

Condensation happens when the temperature in the kitchen is lower than the dew point temperature. Thus, dew forms. An example is when you take out a container from the refrigerator during a warm day. You will notice condensation forms rapidly on the surface. It is the warm air that contacts the cold container, thus condensation forms.

Ways to Reduce Condensation in Your Kitchen

To reduce condensation in the kitchen, it is necessary to know some effective strategies. Condensation may not be a major problem, but the damp patches from the moisture can lead to mold growth that is damaging to your home and hazardous for your health.

If you would like to know more about reducing condensation in your kitchen, and if they don’t get the job done you may take the help of render services that would allow them to determine the true source of the problem and get started on a damp treatment plan to resolve it.

Here are some strategies to implement.

Check the condition of your kitchen appliances

If you’re using an oven, make sure it is well-vented. It is because the oven produces a high percentage of water vapor. After removing the food from the oven, place it in a ventilated area so that the moisture will evaporate. Paraffin heaters and portable gas bottles also produce a lot of moisture and toxic fumes. The heat formed can cause excess condensation in the kitchen.

When boiling water in a kettle, do it near a window or use an extraction fan. Otherwise, doing it under a cupboard will make the steam trapped inside. The moisture can damage the cupboards and other furniture. You can also consider opening the window when cooking, especially if the weather outside is warm. But if the weather does not permit, you can slightly open the window for better ventilation.

Turn on the extractor fan

When cooking, you must close the kitchen door. This way, the smoke or steam would not escape to other rooms.

To prevent the steam from coming out, make sure to cover the pans or pots. It will help reduce the moisture from the boiling water.

Moisture reduction is the key to preventing condensation. It is essential to learn how to reduce the moisture inside the kitchen. Aside from installing an extractor fan, you can also install a dehumidifier. It works to cool down the air below the dew point, thus the moisture condensed out.

You can also prevent condensation by controlling the moisture from foods. Vegetables and fruits release water vapor during natural respiration. Cover foods and other ingredients that are moist and ensure the area is well ventilated.

Also, check about – 5 Ways To Ensure Proper Hygiene In Your Kitchen

Kitchen appliances are also contributors to moisture and condensation. The refrigerator itself emits moisture. You may not notice it, the coolant system at the back of the refrigerator produces moisture that may spread in the kitchen. When the moisture is trapped in the kitchen cabinets and pantry, it will speed up the spoilage of the foods.

Proper ventilation is the key to preventing condensation, and using an extractor fan in the kitchen can help you. Otherwise, if you can’t afford to install the fan, try other traditional ways.