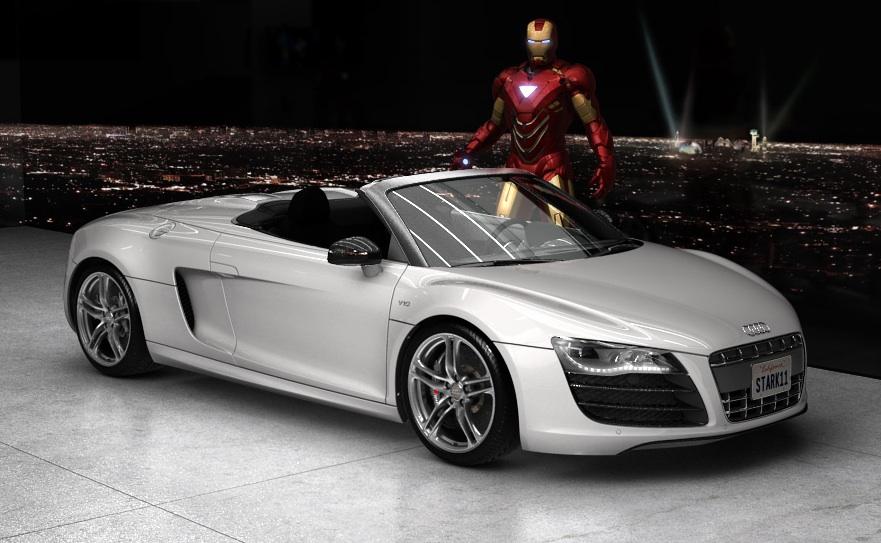 Over the years, the motoring industry has enjoyed a very close relationship with Hollywood. Having the hero of a popular film model your product for an unsuspecting audience is very close to the best kind of advertising there is. In fact, many companies will happily donate vehicles and pay for the privilege.

Certain vehicles stand out in the landscape of cinema, however, as truly iconic. They’ve made an impact that goes beyond the films they’re associated with – and in some cases, they’ve helped to establish those films in the broader culture. Most of the time, they’re luxury cars – but in some cases, you might pick up an affordable model from a used car dealership. Let’s take a look at a few of the most famous.

Do you remember the car that Tony Stark drove in the first Iron Man film? Audi certainly hopes that you do; it paid a lot of money to get the car some screen time. The gamble paid off, as it appeared in all of the subsequent films. This was before the ‘Marvel Cinematic Universe’ was even a thing!

The inimitable Mini featured in both the original 1969 film and the 2003 remake, and its use is central to the plot. At the time, chase sequences favoured high-powered sports cars. The Italian Job did something different – and no other vehicle could have pulled it off.

The Dodge was a star of track and screen long before the Fast and Furious franchise came along. But with its iconic blocky looks, a black paint job, and a supercharger protruding from the bonnet, it was perfect for establishing Vin Diesel’s character as a street racing bad boy. The car made a spectacular return in Furious 7.

This is a film that revolutionised what can be achieved in a chase sequence, with Steve McQueen racing bad guys around San Francisco. The Mustang played a starring role in the scene, and its impact is such that Ford have released numerous special-editions modelled on the car from the film.

Debuting in Goldfinger, the Aston Martin stands out among a crowded field of bond vehicles. It’s effortlessly stylish and comes with missiles and an ejector seat. It would go on to reappear in several subsequent bond films, including GoldenEye, Casino Royale and Spectre.

Back to the Future DeLorean DMC-12

The Delorean was a commercial and functional failure until Doc Brown decided to build a time machine out of it. The success of the film instantly propelled an obscure, and frankly weird, design to the top of wish lists around the world. It’s a car you’d love to own – though you probably wouldn’t want to drive it.