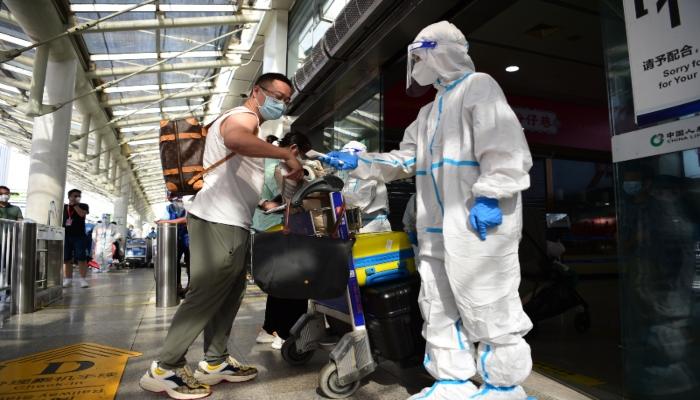 Hospitals in China were flooded with Covid patients after the country relaxed its confinement rules. Following criticism that it has immunized relatively few people, the government is stepping up its vaccination program.

What Has Changed In China’s New Covid Rules?

After mass protests over its controversial “Covid zero” policy, China has abandoned mass testing in cities and regions where there have been outbreaks. People can now stay at home if they have mild Covid symptoms instead of being sent to a quarantine centre.

Officially, China has had a relatively low number of Covid cases and a small number of deaths. With the end of the mass testing program, Chinese authorities no longer have reliable data on the number of Covid infections.

However, there are reports of hospitals being overcrowded with patients. And the World Health Organization (WHO) asked for specific data on the severity of the disease and hospital admissions in the country.

How Many People Have Been Vaccinated In China?

Chinese health authorities vaccinated 40% of those over 80 with two shots of the vaccine and a booster. People in this age group are the most vulnerable to the virus.

As of April 2022, less than 50% of people aged 70 to 79 had received two vaccines and a booster dose, and the rate was less than 20% for people over 80. China has now set a target for 90% of the population over 80 to receive the initial two vaccines, or both plus a booster, by the end of January.

Why Have So Few Elderly People Been Vaccinated In China?

When China’s government began distributing vaccines in late 2020, it prioritized the working-age population. It didn’t test its vaccines on many seniors and told them it couldn’t say whether they were safe for that age group.

China has applied only vaccines produced in the country: Coronavac, manufactured by a company called Sinovac, and Sinopharm.

Both use parts of a dead coronavirus to expose the body to Covid and stimulate the immune system to produce antibodies against the virus.

These train the immune system to attack the spike protein in the virus – the part of the virus that infects cells in the body. They offer 90% protection against serious illness or death.