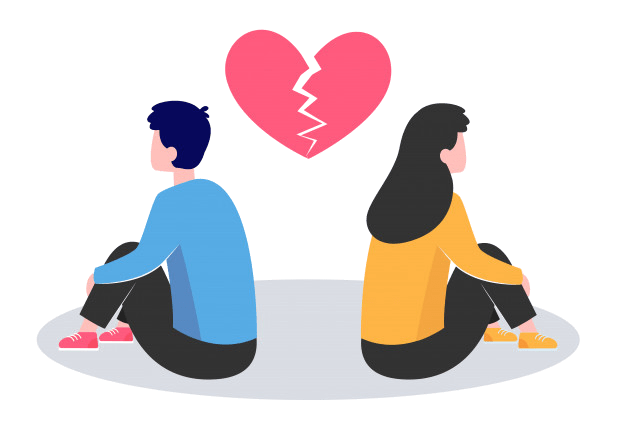 There’s no denying that the lives of our favorite film and tv stars are infinitely better than our own. Their jobs are cooler than ours, their hair and teeth are perpetually shiny, and their palatial inner-city apartments are enough to bring a millennial to tears.

Even their intimate relationships, of both the romantic and platonic variety, are richer and more fulfilling than our own; to the point that after half an hour of Friends re-runs we’d trade in our loved ones without a second thought for a shot at joining the gang of gorgeous twenty-somethings at Central Perk. But don’t get too comfortable basking in Ross and Rachel’s post-coital glow. Because behind these characters, are actors. And behind actors, are, often, assholes.

Sadly, for every passionate on-set love story or lifelong friendship forged between co-stars are a dozen tepid acquaintances never to speak again- right after filming that final sex scene. And while there’s nothing so wholesome as seeing on-screen besties hanging out for-reals, it turns out that when it comes to masking total disdain, some of our favorite stars are far better actors than we thought. Stars such as…

4. Blake Lively and Anna Kendrick (and A Simple Favour)

Just like love, a simmering dislike is not always shouted from the rooftops. It makes itself clear in but a touch of the hands or a sidelong glance. And it was these subtle moments that convinced eagle-eyed fans of the pair’s true feelings for one another. That is; that they couldn’t bloody stand each other.

While on the media circuit promoting their 2018 thriller “A Simple Favour,” Lively and Kendrick remained professional and did their best to recreate the sparkle and playfulness that defined their on-screen relationship. There was no sniping or bad-mouthing to be seen and the duo, if not quite pulling off the nauseating (but lovely) closeness of Lively’s other co-stars, the Sisterhood of the Traveling Pants girls, appropriated the vibe of warm work colleagues at the very least.

But when Tik Tokker’s “Celebrity Memoir Book Club” intriguingly dropped posts that the co-stars were “not speaking” and “basically enemies” at the time filming wrapped, rumors snowballed, encouraged by the frosty body language apparent whenever Blake and Lively were together. And if you can’t trust a Tik Tokker, who can you trust these days?

It’s disheartening, not least because both Blake Lively and Anna Kendrick seem like the type of chicks we’d like to hang out with. Both young, sharp-witted, and heart-achingly fashionable, we’ll never know what (or who) caused the supposed rift. But if there’s one upside, it makes the scenes where …

3. Sophia Loren and Marlon Brando (and A Countess from Hong Kong)

Marlon Brando, though admittedly on the flabby and eccentric side in his later years, was once Hollywood’s ultimate leading man. The Leonardo DiCaprio of the 50’s (with equivalent success with women), surely every leading lady was lining up to turn their on-screen romance into the real deal?

As Sophia Loren tells it, this was not quite so the onset of 1967’s A Countess from Hong Kong. The legendarily beautiful Italian actress claims that Brando “all of a sudden… put his hands on me.”

No wallflower herself, Loren responded. “I turned in all tranquillity,” she said, “and blew in his face, like a cat stroked the wrong way and said, ‘Don’t you ever dare to do that again. Never again!'”

Loren continued in these poetic terms to state; “As I pulverized him with my eyes, he seemed small, defenseless, almost a victim of his own notoriety.”

Pulverized with her eyes! If that’s not a take-down of Hollywood bro-culture, I don’t know what is. Leonardo DiCaprio had better watch out.

It’s not just on-screen romances that can fail to catch on in the real world. Bromances can be the victim of just as painful a fate- even without (usually) the sexual tension. No greater example can be found than that of Tommy Lee Jones and Jim Carrey on the set of Joel Schumacher’s 1995 superhero hit Batman Forever.

Batman Forever captured Schumacher’s camp, a fantastical world in which crime-fighters took down criminals unarmed, super-villains’ outfits were as outlandish as their plots, and Jones didn’t think that Carrey was a total fuckwit.

But surely rumors of the pair’s feud are exaggerated? After all, who could fail to be won over by Carrey’s- Carrey of the 90s’- madcap buffoonery? Jones apparently, who told his co-star in no uncertain terms “I cannot sanction your buffoonery.” It should be said that Carrey is reportedly not the easiest to work with, so perhaps Jones’ comment was warranted. After all, it’s not as though he said he hated Carrey. Except that Carrey goes on to recount that in this same encounter, “…he said, ‘I hate you. I really don’t like you.’

Oh. There’s not much room for ambiguity there.

1. Kim Cattrall and Sarah Jessica Parker (and Sex and the City)

Kim who? The actress behind the most, shall we say, ‘confident’ of the Sex and the City girls is so synonymous with her creation Samantha Jones she is almost eclipsed by her.

Our favorite guilty pleasure of the nineties and naughties (emphasis on naughty) wouldn’t be nearly as much fun without the friendship between serial relationship analyst Carrie and serial shagger Samantha. And we couldn’t help but wonder while replaying our SATC box sets, were these women the real soulmates, and their guys just people to have fun with?

Ah, no. there have been rumors of a bitter split in the SATC cast for years, with the main theory being that it started with supposedly disproportionate paychecks. (That is, Parker’s inflated and Cattrall’s less impressive.)

And despite Sarah Jessica Parker’s protests to the contrary, Cattrall herself has done only fed such rumors with a series of salty comments. After the show wrapped in 2004, Kim Cattrall herself confessed “I felt after six years it was time for all of us to participate in the financial windfall of Sex and the City,” Cattrall said. “When they didn’t seem keen on that, I thought it was time to move on.”

To add insult to injury, in a Marie Claire interview Cattrall dropped the ultimate passive-aggressive burn, shutting down any hopes that the SACT cast was half as close as their characters. “Are we the best of friends?” Cattrall asked. “No. We’re professional actresses.”

As pondered in The Cut’s “Your Comprehensive Guide to the Kim Cattrall Sarah Jessica Parker Beef”;

“Was Cattrall the “difficult” one, constantly torpedoing plans for future SATC outings with her salary demands? Or was SJP simply playing the part of the “nice girl” while fostering a toxic culture that excluded Cattrall and painted her as a diva in the press?.”

Either way, this one hurts. SATC is one of the few rom-coms that focus on female relationships and relegate male love interests to supporting characters. And Carrie, Miranda, Charlotte, and Samantha are one of tv’s iconic girl gangs. After all, who hasn’t allocated each of the four characters to members of their own friendship groups? (I’m a total Miranda by the way.)

To sum it up, for fans of the show this one really does hurt more than heartbreak. With the exception of Carrie’s Season heartbreak over Big in the first spin-off film. That guy really sucks.