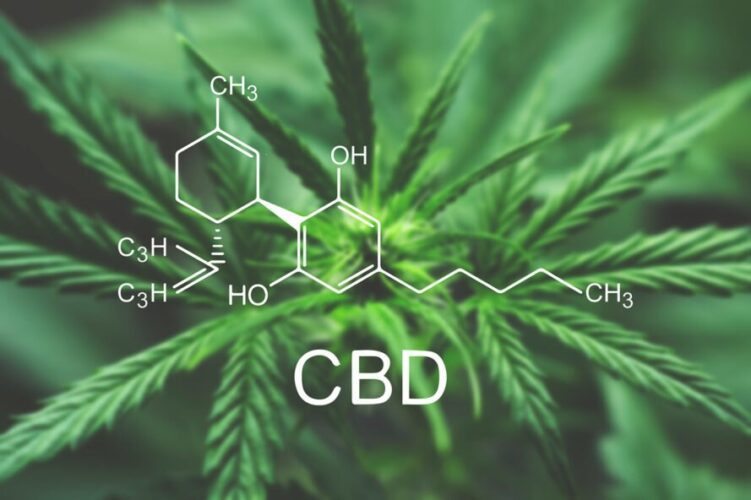 The battle to legalize marijuana at the federal level has taken on renewed fervor in the senate. This has prompted sighs of relief and expressions of hope and joy from stoners all over the United States. Health experts, psychologists, and lawyers alike have noticed the beneficial effects that cannabis can have on someone’s physical and mental state.

It’s common knowledge that THC gives marijuana its psychoactive effects. However, there are a host of other chemicals in the plant that can help you relax and enjoy your life. Curious to know more? Here’s a complete list of the illegal and legal cannabinoids and chemicals present in the marijuana plant. You might also find some weeds like marathon og

So, let’s start by answering the overarching question. What are cannabinoids? This lengthy word refers to the chemical compounds secreted by the cannabis plant that gives the plant its effectiveness.

Cannabinoids take effect in the body by mimicking endocannabinoids. Endocannabinoids are compounds that our bodies produce on their own. These chemicals regulate communication between the cells.

This makes them an effective part of the body’s internal pain and stress regulation systems.

Whenever you consume cannabis or a cannabinoid, it binds to an endocannabinoid receptor in the brain (a CB-1 receptor) or the body (a CB-2 receptor). Depending on the cannabinoid you consume or the concentrations of cannabinoids in the plant, you can experience different effects.

Understanding the Types of Cannabinoids

There are a host of different types of cannabinoids, each of which can bind to different receptor types throughout the body. Thus, each cannabinoid is effective at treating different conditions and has different effects. The most common cannabinoids you can find include CBD, CBG, CBN, CBC, and THC.

Let’s discuss each of these cannabinoids in further detail below.

CBD products help to treat many of the same conditions that THC does, but it binds better to receptors in the body. This makes it an extraordinary compound for reducing body pain, helping someone sleep, reducing their physical stress symptoms, or increasing their appetite.

CBD-infused products are more common than ever, showing up in every industry from beauty to healthcare. This makes it plain how popular and effective this particular cannabinoid is.

CBG is an abbreviation for cannabigerol. Cannabigerol is a precursor to both CBD and THC. This means that it can transform itself into one or the other under the right set of environmental circumstances.

Even without that power of transformation, CBG has proven an effective means of treatment for many conditions on its own. Recent scientific research indicates that CBG acts as an antagonist to cancer. It can also boost dopamine levels, help support glaucoma, and assist with MSRA treatments.

CBN, short for cannabinol, has the honor of being the first isolated and lab-synthesized cannabinoid. Since it was created in the lab, it makes sense that, aside from CBD and THC, this cannabinoid’s effects are the most studied of the group.

How does CBN get produced in a lab? CBN is a byproduct of the degradation of THC. As such, it won’t share many of THC’s effects with the exception of one: Helping someone get to sleep.

Researchers have thorough documentation of cannabinol’s effectiveness in combating insomnia. Some encouraging reports even think that it might serve as an alternative to sedatives like diazepam.

CBC is the abbreviation for cannabichromene. Like CBD, it’s a byproduct of the degradation of CBDA, the parent chemical for them both. Also like CBD, CBC has no psychoactive effects, meaning it binds more readily to receptors in the body, rather than the brain.

CBC acts as a buffer against the effects of THC and has played a demonstrable role in neuroplasticity and neurogenesis. (To clarify, neuroplasticity is the ability of the brain to forge new connections, neurogenesis the creation of new brain cells.)

Of note, CBC has shown some effectiveness in inflammation reduction without binding to endocannabinoid receptors. This may mean that, when combined with cannabinoids that do bind to them, their mutual effectiveness may increase.

Above, we discussed the legal cannabinoids you most often find in the marijuana plant. Here, we reach a legal grey area, as THC is the cannabinoid most often declared illegal in states for its psychoactive effects. Amounts greater than 0.3% of THC do require a medical marijuana card if recreational marijuana is not legal. In cities such as Chicago, where recreational marijuana is legal, it’s still recommended to become a medical marijuana patient for the added benefits of being able to shop in medicinal and adult-use dispensaries, more affordable prices, and a greater selection of products you can choose from. Be sure to visit Green Health Docs to learn more about getting a Medical Marijuana Card in Chicago.

So now that we know more about THC, it’s important to know that there are two main varieties of THC available on the market in states where it’s legal to consume them.

These varieties include Delta-8 and Delta-9. What’s the difference between them?

What Is Delta-8 THC?

Delta-8 THC naturally occurs in both hemp and marijuana plants. In its natural form, it comes in very small concentrations that must be distilled from the rest of the plant’s chemicals and isolated. You can check on MrHempFlower.com

While both it and Delta-9 THC have psychoactive effects, Delta-8’s are milder by comparison. (You can follow this link to discover more about that.) To summarize, Delta-8 THC produces effects of relaxation rather than elation and can help to treat chronic pain.

What Is Delta-9 THC?

When you see people talk about the effects of THC, harmful and beneficial, chances are, they’re discussing the Delta-9 variety. Delta-9 is the chemical responsible for producing the feelings of elation, or the “high” that THC provides.

However, this elation only applies to a certain point. If too much Delta-9 THC gets consumed too quickly, the user may experience extreme anxiety or paranoia. (This would be the colloquial “bad trip” for stoners.)

Delta-9 THC’s effects also strike the body more quickly than Delta-8 THC. This means that consuming it will make you adjust your plans for the evening.

What Are the Mental Health Benefits of Cannabinoids?

One of the most well-known mental health benefits of cannabinoids is their ability to reduce anxiety. Whether through the relaxation produced by CBD and its derivatives or the elation generated by THC, cannabinoids can help reduce the body’s stress and anxiety levels.

This offers hope to many who suffer from anxiety conditions. Prescription medications to treat anxiety can be unaffordable, while CBD is more accessible.

When so many Americans suffer from insomnia each and every night, the relief cannabinoids can provide is a godsend. As we discussed above, CBN, CBD, and THC appear to have the greatest effectiveness in helping someone get to sleep. This makes them an ideal, less addictive treatment option for those who otherwise would need to take sleeping pills to get their full eight hours.

Post Traumatic Stress Disorder (PTSD) is notorious for not responding well to medication or therapy alone. A combination approach is required in most cases. Worse yet, most medications for the condition treat the symptoms of its comorbidities rather than the condition itself.

Cannabinoids can help reduce the body’s physical and mental distress signals. This can make managing the intrusive flashbacks and other elements of PTSD easier.

Cannabinoids have shown marked effectiveness in reducing the frequency and severity of seizures. Some conditions known to cause these seizures, like LGS and Dravet syndrome, don’t respond well to most common anti-seizure medications. As such, sufferers of those conditions might only have cannabinoids as a recourse.

What Are the Physical Health Benefits of Cannabinoids?

One of the most well-advertised physical health benefits of cannabinoids is their ability to help those who suffer from chronic pain manage it. This management can otherwise prove difficult without opioids and opiate-based prescriptions.

Whether a person’s chronic pain is due to arthritis, multiple sclerosis, or some other autoimmune condition, cannabinoids can help treat it. With reduced pain, the quality of life improves dramatically.

Everyone knows that cannabinoids can increase your appetite. There’s a reason one of the stereotypes stoners are most known for is “the munchies”, after all. However, this increase in appetite can be a godsend to those who, due to other conditions or medications, haven’t had the ability to consume the food their body needs.

Patients who have cancer, for example, often lose their appetite due to their chemotherapy treatments. Cannabinoids can help them get that back, which can then help the body fight off the disease with the nutrients that it needs to survive.

Glaucoma is a condition that leads to severe spikes in pressure on the eyeball. This condition can easily lead to blindness if it isn’t regulated carefully. Luckily, thanks to their anti-inflammatory effects, cannabinoids can reduce that pressure and offer some temporary relief to glaucoma sufferers.

IBDs, or inflammatory bowel diseases, can make having a regular life borderline impossible. For those with ulcerative colitis or Chrohn’s disease, the interior of their home or workplace’s bathroom is a familiar, unwelcome sight. Owing in part to their anti-inflammatory properties, cannabinoids can help reduce the frequency and severity of these symptoms, giving sufferers their lives back.

Cannabinoids’ effectiveness in treating seizures also helps them to reduce tremors elsewhere in the body. This makes them a wonderful treatment option for those suffering from neurological conditions such as Parkinson’s Disease, offering hope and a sliver of normality to those otherwise denied it.

Are Cannabinoids Safe to Use?

For the most part, yes, cannabinoids are safe for consumption. However, as with any medical product, you should conduct thorough research to verify dosage, concentrations, and composition before you make your purchase. If a CBD product is fairly cheap, you can bet that the CBD oil within it is either low quality or cut with some other oil.

Depending on your sensitivity to the compounds, you may also experience some side effects when using cannabinoids. These side effects include, but are not limited to:

Make sure that, if you’re using cannabinoids, you speak to your doctor about any other medications you may take, as these may increase the risk of negative side effects.

Cannabinoids are in something of a sticky legal situation. While certain ones are approved for legal use, others are emphatically not. It also greatly depends upon your location.

As a rule of thumb, if your state has legalized marijuana, then most all cannabinoids should be legal to use.

If your state hasn’t legalized cannabis usage yet, the question gets a bit stickier. Some states, while criminalizing marijuana usage, allow for the sale of CBD products, while others do not. Make sure to check your state laws so that you know where you stand.

Cannabinoids are incredible chemicals that can help the body fight a variety of physical and mental health conditions by binding to the body’s own receptors. There are many legal cannabinoids available on the market in almost every state that has legalized medicinal and other marijuana use. They are generally safe for use and less expensive than many traditional medical treatments available.

However, if you’re not convinced, and need further information on cannabinoids and their benefits, feel free to check out our blog each day for more articles like this one!

Staying Healthy: 7 Tips to Improve You

How to choose the best gift cards