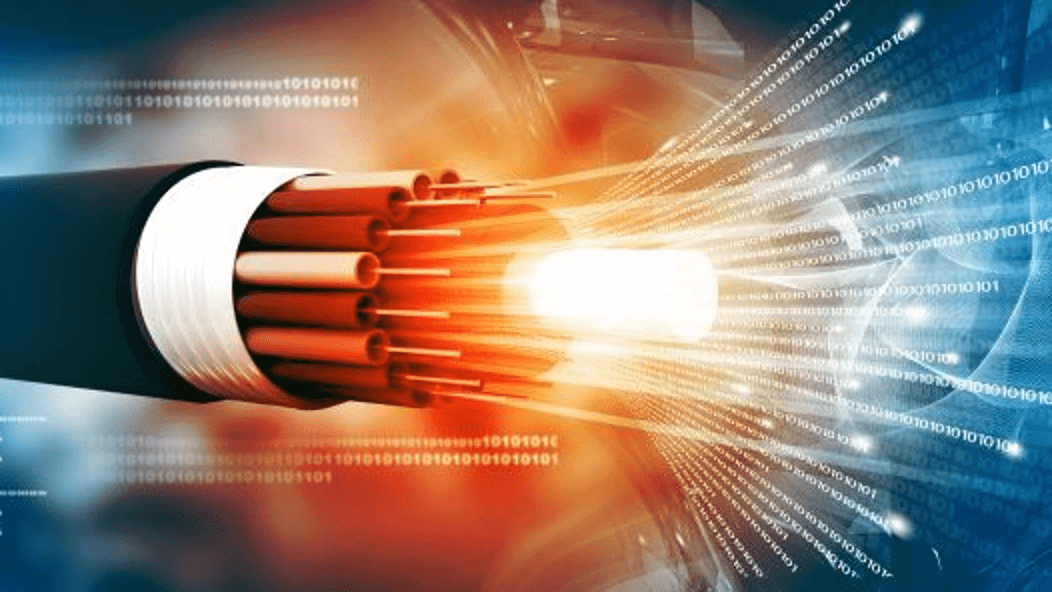 Fiber-optic internet, or “fiber” as it’s often referred to, is a basic cable alternative. The big difference is a very noticeable boost in speed, which could be as high as 940 megabits per second (Mbps). This is about 20-times faster than “regular” cable. One of the main reasons why this is the case is because the signal goes through thin glass or plastic fibers rather than copper or metal wires. In fact, it’s the heating up of the metal that weakens the signal sent via basic cable, which limits the speed potential. There are 3 types of fiber internet:

Fiber to Home or FTTH is the cream of the crop when it comes to fiber reliability and speed. As the name suggest, FTTH comes directly to your home.

Fiber to Curb or FTTC will take the fiber to a nearby utility pole located by your home. A coaxial cable then takes the signal to your home, which slightly slows down the speed.

Fiber to the Node/Neighborhood or FTTN refers to fiber-optic connections that are at least a mile away from your home. The result is a longer traditional cable link from the fiber connection to your home. This is why FTTN is the slowest speed-wise of the three fiber internet types.

Now, let’s take a closer look at the advantages to consider when determining whether or not you prefer to go with fiber internet service. Some of the most appealing ones are highlighted and discussed below.

Let’s dive more into the speed advantage since it’s impressive. The typical speed with fiber is 1 Gigabit per second (Gbps). On average, this is 10-20 times faster than what’s possible with traditional cable’s 50-100 Mbps. This means you can, for example, download a 2-hour movie in just 40 seconds instead of the 7 minutes it’ll take to complete the same task with cable at 100 Mbps. Incidentally, if you have DSL, it takes about half an hour to do the same thing.

Streaming can take a toll on cable-based internet, especially if you prefer to view your internet-based content in HD. Fiber, on the other hand, is highly reliable and capable of handling more demanding service needs. What’s more, you don’t need energized lines for fiber internet service. So, if the fiber optic cable remains intact, you should be able to stay connected even if there’s a power outage.

You’re Not Going to Get Throttled

With traditional cable, some providers throttle or slow speed during busier times of the day to minimize overload issues. This is less likely to be the case with fiber internet service since fiber is less susceptible to user overloads and service slowdowns.

Fiber Doesn’t Give You Slower Uploads

It’s not uncommon for downloads with cable internet to be much faster than uploads. The reason is that downloading is more common than uploading. Consequently, more bandwidth is typically devoted to downloading, hence the speed difference. Since fiber doesn’t have the same limitations, both tasks can be done at equal speeds.

More than 100 million 4K TVs have already been sold in the United States alone, a number that’s steadily increasing. But higher-definition television may not give the highest possible quality with a cable when you stream shows to your TV. Fiber, however, doesn’t even sweat when dealing with 4K streaming.

You’ll Be a Happier Gamer

One little connection delay or twitch can be a total disaster when playing certain games requiring consistent online access. With fiber internet service, though, you’ll be able to do more demanding internet-based gaming without having the constant fear of a possible slowdown or service hiccup at inconvenient times.

This is just a sampling of some of the many things to appreciate about fiber internet service. The main drawback with fiber is it’s not as widely available as cable right now. Cost also tends to be a bit higher. That said, the advantages associated with fiber can be sufficient justification for choosing this option.