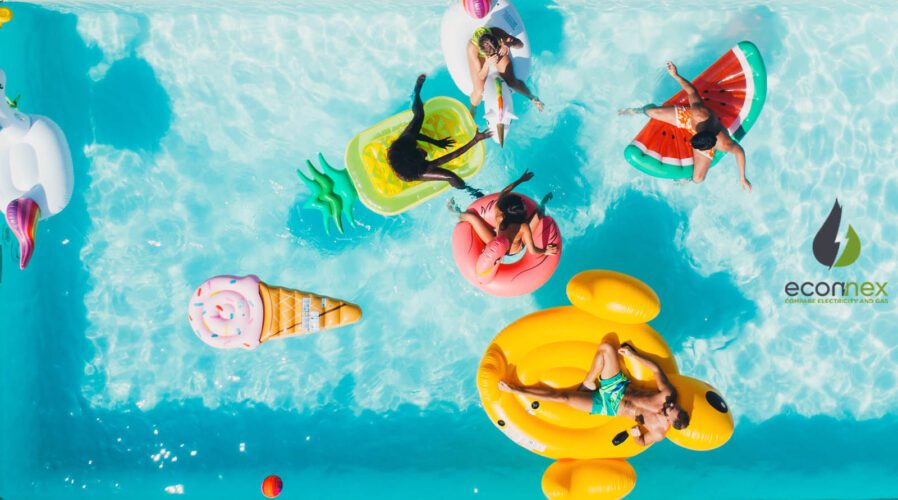 It’s summertime here in the sunburnt country, and that means some seriously hot days – we’re talking 40C and over. Higher temperatures can mean high energy bills. Unfortunately, Australian households pay a whole lot for their power; almost twice per kWh than in US households. Power prices have gone up 63% since 2007, way outpacing inflation. All that forms a big incentive to turn off the aircon and swelter through blistering heat. That’s not a great way to spend your time at the best of times, and pretty detrimental to the quality of life in the warmer months.

Many of us will be working from home this summer. With the Xmas season around the corner, we’ll be spending time at home with family. If you’ve got your aircon on full blast for 8 hours a day during peak times, you could be in for bill shock.

Fortunately, if you’re having trouble keeping your cool (literally and figuratively) facing those blistering days of summer, we’ve got some hints for making the most of the season so you’re feeling a bit more chill.

You might think that closing your curtains and windows will trap heat in your house, but actually, it’s quite the opposite. Closing them during the day will keep out the heat from outside, saving you on cooling costs. But once the sun sets and the outside temperature drops, open your home up to let in that evening breeze. After all, cool air is free!

Making sure all your exterior windows have internal curtains or blinds helps prevent solar gain; on the outside of your windows, you can plant vegetation like bushes to keep you cool in summer and warm in winter.

Get Your Aircon Right

If you are using aircon, keep doors and windows closed in those rooms so that the cool air doesn’t escape and hot air doesn’t get in. (And keep an eye on the kids’ rooms in case they forget!) Setting the temperature between 24C and 26C is the perfect balance between comfortable and affordable, with every degree under 24C consuming an extra 10% of energy. You can also use a programmable thermostat to program your preferred temperature at different times of the day and come home to a cool home. Lastly, many air conditioners come with timers so that you don’t have to worry about accidentally leaving it on all night.

Many Aussies head straight for the beer fridge to cool down, and while it’s refreshing at the time, it comes at a cost to your body temperature (also potentially to your liver, so please only drink in moderation!) According to the clever academics at The Conversation, reaching for a cool beer on a hot summer day can backfire, because alcohol is a diuretic; in other words, it dehydrates your body, reducing your ability to lose heat through sweating.

It’s the same with ice cream, unfortunately: you’ll initially feel cooler, but about 15 minutes later, your body heats up as it works to digest it.

Instead of drinking a beer or heading to Ben & Jerry’s, you might be better off trying a warm beverage. Yes, really! Surprisingly, drinking warm beverages trigger a sweat response to cool your body down. They also recommend eating spicy foods to trigger that sweat response. After all, spicy

food is very popular in warm countries (think Asia & Latin America). If you can take the heat, it’s a great way to cool down!

A whole lot of solar power is being generated on all those hot, sunny days. We’re doing a pretty good job harnessing that; Australia’s the world leader in household rooftop solar power installations. 23% of Aussie homes have rooftop solar. It’s not just an eco-friendly choice; it can lead to serious savings. Choice Magazine reckons the payback rate for a 5kW system is between 3-7 years in capital cities (more on that here). Canstar Blue research found that households with solar panels save about $350 annually; so after your payback period, it’s pure savings. Now that’d make you a bit less anxious using your air-con!

Become a Fan of Fans

Depending on climate zones, heating and/or cooling can add up to a whopping 50% of household energy use. But did you know that ceiling fans only use an average of 45W when set on high? Assuming a flat rate of 28c/kWh and using the fan for four hours a day, you’re only spending 5c daily, and $1.50 a month. On the other hand, the average reverse-cycle aircon costs between 25c to 35c per hour, making ceiling fans an exponentially affordable option. Similarly, household pedestal fans usually range between 45W to 75W; for a 75W pedestal fan running for four hours daily, you’re looking at $2.56 per month. Now that’s seriously cool!

Try keeping a spray bottle full of water in the fridge and spray yourself during the day to keep cool for almost-free. If you’ve got a swimming pool, or you have friends who do, it’s a perfect way to keep cool and have fun; it’s also great for your mental health.

As fans of fans, we’ve also got a clever fan hack for you. If you place a shallow bowl of ice in front of your fan, you can enjoy a chilly breeze on the cheap. Almost as good as aircon! You can make this even easier with a misting fan, which sprays a cooling mist for a serious chill. These come in various forms, from battery-operated handheld versions to commercial-grade.

Insulation is Your Best Friend

YourHome.gov.au’s feature on insulation explains that up to 35% of summer heat gain is from the ceiling, with another ~35% from windows and ~25% from walls. Insulation is a fantastic way to make your house more energy-efficient so that it’ll be cooler in summer and warmer in winter. Unless your house was specifically designed with energy efficiency in mind, you can probably save money and reduce your carbon footprint by adding insulation. Especially if you live in an older house, insulation can pay for itself in a few years.

Restrictions have relaxed in most parts of Australia; many of us are venturing out for the first time in months. It’s critical to keep social distance and comply with mask mandates, etc. But if your local public library is open, why not enjoy a day indoors enjoying free aircon with an awesome book? Work from a local café and support small businesses? Head to the beach and cool down in the ocean?

With the school holidays almost upon us, you could take the kids to the local water park, followed by a soft-serve and free aircon at McDonald’s. Watch a movie at the cinema, just like in the pre-pandemic days. There’s plenty of air-conditioned local museums and galleries to explore, too. Arrange your day to spend some time inside airconditioned spaces, so you can beat the heat and shake off those #isolife blues!

Heard of the song Mad Dogs and Englishmen by English playwright Noel Coward? As he points out, under the midday sun is not a great time to be exercising in a hot climate. Instead of going for your daily walk or run at lunchtime, get up early and enjoy a spectacular sunrise. All the health benefits, none of the heatstroke.

This one’s not as fun as a day at the beach, but it can save you hundreds of dollars in just a few short minutes. As we mentioned earlier, Australian energy prices are through the roof; but with various policy interventions taking place in recent years, the market’s become more competitive. Some energy suppliers are considerably more expensive than others and may not offer value-for-money benefits. Many consumers sign up for introductory discounts that switch to costly default prices when the introductory period expires. Others sign up to peak and off-peak plans, just to use most of their electricity on-peak; now that’s a recipe for bill shock!

We hope you enjoyed these 10 tips for keeping cool in summer for less. From misting fans to solar panels, and saving $$$ on your power bill, there are so many ways to have the comfortable and budget-friendly summer you deserve.