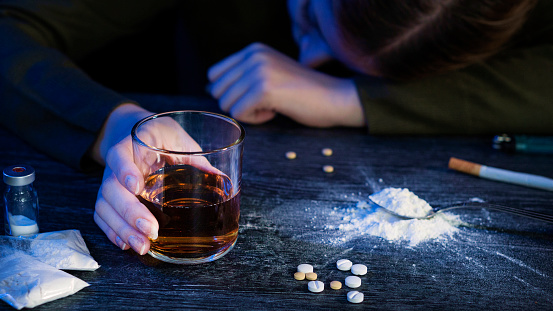 Drugs and alcohol can be very addictive, and people do not realize this until they try it. So how does one become addicted? It is a complicated process that occurs in the brain when you take drugs or drink alcohol. The more someone uses, the higher their tolerance becomes, meaning that they need to use more of the drug over time to get high. There are many reasons as to why drug addictions happen, and the following discusses some of those reasons:

1. Growing Up In A Household With Drug Addicts

For some individuals, growing up in a household with drug addicts can be a reason why they turn to drugs. Their parent’s or guardian’s behavior on drugs can be influential and impactful in the children’s life. They may have been exposed to drugs at a young age and found themselves trying them for themselves for the simple curiosity of being like their parents or guardian.

Peer pressure can be more than enough reason as to why some people turn to drug use. Their friends are using drugs, so they feel they should use drugs along with their friends. They feel left out, insecure, or alone when it comes to peer pressure, and they find themselves wanting to be just like everyone else in their group.

3. A Way Of Dealings With Issues & Emotions

4. Using Drugs As A Form Of Escapism

Other people use drugs as a form of escapism. They use drugs as a way of escaping reality and finding themselves in a dream-like state where they can escape all their problems and worries. It is like having an alternate personality that uses drugs to escape reality and find themselves in something more pleasant than what they’re faced with every day.

5. A Form Of Rebellion

Drug users may be rebelling against their parents or another authority figure in their life. They are doing exactly the opposite of what they are being told, which makes them feel good about themselves that they are sticking it to “the man.” They find themselves ignoring everything anyone tells them just so they can do it their own way, which in most cases means using drugs.

6. A Way Of Expressing Their Creativity

Some people use drugs as a way of expressing their creativity. They have this urge to be creative in life and they see drugs as being an outlet for them to release their inner world into reality. Drug users may find themselves doing things when on drugs that allow them to express their creativity through music, art, or writing that they do not normally do while sober.

7. A Way To Fill A Void In Their Life

For some individuals, using drugs is a way of filling a void in their life. They feel that they are not good enough for anyone, including themselves and often feel alone, insecure or unhappy with themselves. They may be looking for something to make them feel better about themselves, and drugs have become the thing they turn to for that relief.

8. Using Drugs To Deal With Pain

Other people use drugs to deal with pain. They may not know how to deal with their feelings and often use drugs as a way of escaping what they cannot handle. Drug users may be fighting an illness such as cancer, chronic pain, or another serious health issue and find themselves turning to drug use to deal with their pain.

There are several reasons why some people turn to drugs, and they can be influenced by a variety of different factors. If you have a drug user in their life or family member, friend, or partner, get them the help they need immediately. A person cannot stop using drugs on their own and will usually need professional assistance to come off drugs safely and effectively. Click here to read more on how an addiction recovery center can help you or your loved one recover and lead a sober life.