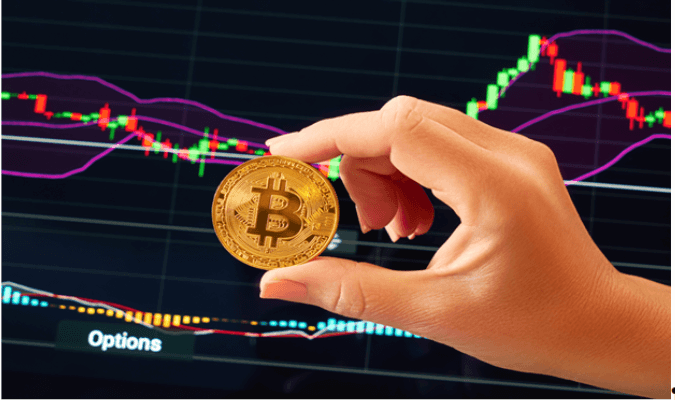 Currently, the digital economy has gone from being just a tool used by a few to be in the hands and within reach of everyone. Although it is not something that we cannot touch, it has opened the Blockchain & Crypto for us to carry out ongoing operations from anywhere in the world.

BITCOIN is born from such a changing world.

Faced with the needs of an increasingly evolved society and technology plays such an important role, a new economic digital environment emerges, utterly different from the traditional economy where coins and paper are the protagonists.

Bitcoin represents a new way of exchanging digital currencies, in response to the search for new forms of payment other than the traditional ones, either with credit or debit cards or with fiduciary currencies.

In recent years the economy has been hit hard. Therefore all of us have seen the capital funds that we considered savings fall on many occasions, and that vanished due to the drastic changes that we have experienced in the last two years.

Although cryptocurrencies represent an unknown world for many, it turns out that by this date, the number of users has increased to around 145 million people, where most of them have at least a portion of the value of bitcoin in their assets.

1. Bitcoin can become a strong currency

Although it does not currently have legal backing to support it, much less has it been possible to control its volatility. Bitcoin has proven its position in the digital market.

Currently, proposals have begun to emerge to create a system where Bitcoin has a dual representation, that is, as a unit of value and as a financial action. As a result, the price of Bitcoin can stabilize.

It would require the intervention of third parties or, failing that, of traditional banking and financial entities, which would go against one of the principles of the creation of Bitcoin.

2. Its users are getting stronger and more determined

Previously, only large investors considered the idea of ​​placing their capital as an investment in cryptocurrencies, specifically Bitcoin.

It is essential to mention that the users of the bitcoin community are becoming more robust with each point made around the world to the environment of digital currencies.

Although Bitcoin is currently the leader of cryptocurrencies, let us remember that it is not the only digital currency. Under the Blockchain platform, thousands of cryptocurrencies adapt to the tastes and needs of each particular user.

Such is the strength of his project that even governments support the use of this digital currency to the point of creating entire cities under a wholly digital and cryptographic market.

3. Blockchain enabled the evolution of the Internet as a means of value

The Blockchain has allowed us to see the Internet develop into a platform for exchanging values; this is because not only through the Internet have we been able to achieve transactions with cryptocurrencies but also with digital assets such as NFTs.

The advantage is that exchanges through Blockchain are open and registered for any user, without the intervention of any third party that can manipulate the platform and the data generated there.

Smart contracts offer greater security to Bitcoin transactions; they can be considered a guarantee in the cryptographic world where the negotiating parties establish the bases of a transaction, and this contract allows its fulfillment.

Also, Check – 4 Reasons to Invest in the Commodity Market

5. A tool of change in the global economy

To date, this cryptocurrency’s scope has shown its capabilities to fluctuate in the digital market. It is essential to assess these scopes by seeking new strategies to merge their characteristics in favor of a friendlier economy.

Buy air tickets online courses; communicate with our friends and loved ones through video calls, enter your bank page and pay for essential services or buy clothes, shoes, food from the comfort of home and in record time, is something that a few years ago we did not do with so much ease.

So we still can’t say for sure what the future of bitcoin will be; we know that it will be enormous.

For sure, Bitcoin is not cash; consequently, the operations carried out with this digital currency resemble the exchanges that were made in a barter economy many years ago.

In this economy, made the sale of products according to the benefit that said product symbolized to those involved in the exchange, as evidenced in the market where the goods have value represented in the fiduciary currencies of each country.

Today Bitcoin has become a store of value, to the point that it does know throughout the world as “digital gold.” So it is surprising how more than ten years after its creation, this innovative digital currency has increased its value around 3,000,000 times.