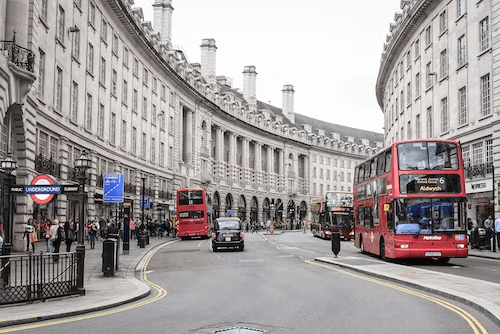 Located in the heart of London’s entertainment district, the West End, Piccadilly Circus is surrounded by great things to do in the UK capital. So much to do, in fact, that all the options can quickly become exhausting. Piccadilly Circus is a lot of fun, but it’s hardly the most relaxing place you’ll ever travel to.

Besides, although London has enough attractions to keep you busy for a lifetime, there’s more to the UK than just its capital. There are several places well worth visiting just outside London, so if you feel like taking a break from the city, you’re in luck.

Drop off your unneeded bags at a Piccadilly Circus luggage storage, and try some of these fun trips next time you’re in the area. They will give you a whole different appreciation of what the south of England – and beyond – has to offer

Just an hour away from London by train, the city of Oxford is home to one of the oldest and most prestigious universities in the world. Founded in the 11th century, the University of Oxford has produced some of the most influential people in history, including 30 British prime ministers.

A visit to Oxford would not be complete without a tour of one of its many colleges. Christ Church College is perhaps the most popular, thanks in part to its prominent role in the Harry Potter films. Other highlights include the Bodleian Library, Radcliffe Camera, and Ashmolean Museum.

For a bit of history and culture, head to Canterbury. This city in southeastern England was once the site of the main cathedral of the Anglican church. It’s also where Thomas Becket, the Archbishop of Canterbury, was assassinated in 1170.

The Canterbury Tales, written by Geoffrey Chaucer in the late 14th century, is set here. Today, you can visit the ruins of St. Augustine’s Abbey and St. Martin’s Church, as well as the remains of a Roman city wall. The Canterbury Cathedral is once again the center of the Anglican faith and an active place of worship.

If you’re looking for a seaside escape, look no further than Brighton. This resort town on the English Channel is just over an hour from London by train. Its long pier and Royal Pavilion are two of its most famous landmarks.

Brighton is also known for its lively nightlife and music scene. Check out the clubs and bars on West Street, or catch a show at one of the city’s many live music venues.

Bristol is a port city in southwestern England, about two hours from London by train. It’s known for its maritime history and its contributions to the arts.

The Bristol Old Vic is one of the oldest continuously operating theaters in the English-speaking world. The city is also home to several museums, including the M-Shed Museum and the Bristol City Museum and Art Gallery.

Other highlights include the Clifton Suspension Bridge, Bristol Cathedral, and SS Great Britain – a ship designed by Isambard Kingdom Brunel that was the first steamship to cross the Atlantic Ocean.

The city of Bath is just over an hour from London by train. It’s known for its Roman-built baths, which are fed by natural hot springs.

The Roman Baths are the main attraction in Bath. Other highlights include the Georgian-style Royal Crescent, the Abbey Church of Saint Peter and Saint Paul, and the Fashion Museum.

No list of day trips from London would be complete without Stonehenge. This prehistoric monument is one of the most famous landmarks in the world.

Although its exact purpose is still a mystery, it is thought that Stonehenge was built as a burial ground or a place of worship. Today, it is a popular tourist destination and a UNESCO World Heritage Site. In fact, it’s one of the top tourist attractions in the UK. And although there are plenty of prehistoric stone circles around the world, there are none quite like Stonehenge. If you’re a fan of archaeology and ancient history, you simply have to come here. But even if you’re not, you’ll enjoy exploring this monument that looks like a relic from another world.

Manchester is a city in northwestern England, about two and a half hours from London by train. It’s known for its music scene, its football (soccer) teams, and its many parks and museums.

The Manchester Museum is one of the city’s most popular attractions. Other attractions to add to your itinerary include the Whitworth Art Gallery, the John Rylands Library, and the Gothic Revival-style Manchester Town Hall.

In addition to being a great place to explore on your own, Manchester is also a good base for exploring the surrounding area. The Peak District National Park, for example, is just an hour away by train.

Believe it or not, it’s entirely possible to take a day trip to the French capital from the UK one. It’s around a 20-minute ride on the London Underground from Piccadilly Circus to St Pancras station, and from there, the train to Paris takes only a little over two hours.

Once you’re in Paris, there’s plenty to see and do. The Eiffel Tower, Notre Dame Cathedral, the Louvre Museum, and the Palace of Versailles on the outskirts of town are just a few of the city’s many highlights.

From one European capital to another. The train ride from London to Brussels takes around two hours, taking you from the capital of the UK to the de facto capital of Europe.

In Brussels, you can explore the Grand Place, a UNESCO World Heritage Site that is considered one of the most beautiful squares in Europe. Other highlights include the Atomium, the Royal Palace of Brussels, and Manneken Pis – a small statue of a boy urinating that has become one of the city’s most famous landmarks.

The range of day trips you can take from London is truly impressive. Whether you want to explore prehistoric monuments, relaxing seaside towns, or the great capital cities of northern Europe, it’s all possible here. Drop off your bags and get ready to explore beyond London and Piccadilly Circus for yourself.