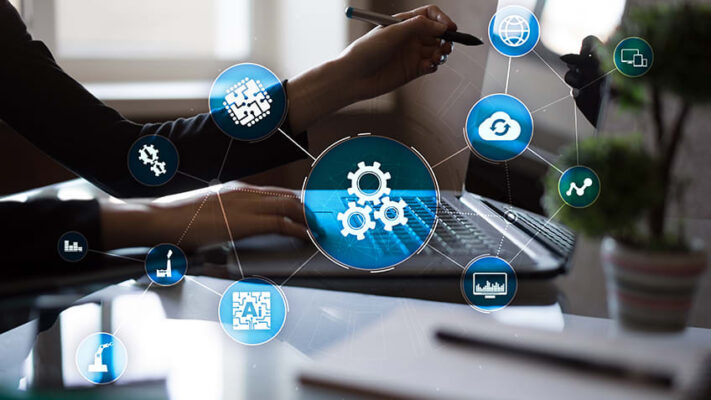 A single bug escaping the eyes of testers could end up being severely detrimental to a business. If companies solely rely on manual testing, it can take up a lot of time and hog up precious human hours that could have been put to better use.

Automation testing significantly contributes towards building robust products, simultaneously increasing the speed of the testing process. Test automation is the backbone on which DevOps and Agile frameworks can thrive.

A good test automation tool offers better coverage and shorter testing times along with enhanced use of different test cases. However, compromised automation can turn out to be a major bottleneck for the QA team.

But a good test automation tool ensures full delivery of the advantages automation has to offer. Building on that, we have listed out the top 10 automation testing tools in 2021. Let’s dig in.

Offering a combination of more than 2000 mobile and desktop browsers, LambdaTest is by far the best automation testing tool. Whether you are working with desktop or web applications, LambdaTest enables both automated and manual testing.

It also facilitates testing for Geolocalization, geo-blocking, and geo-targeting across more than 27 countries. Some include the United States, Canada and India, Japan, Germany, Australia, the UK, and more. Testers can easily run Selenium test automation scripts on desktop, iOS, and Android mobile browsers. To get a detailed overview of how LambdaTest can elevate your testing process, try it for free.

Selenium is one of the leading and most popular automation testing tools. The open-source platform supports parallel test execution, integrates with plenty of software testing tools, and simplifies code management.

Selenium acts as a base for or some other leading tools for software testing. It helps in creating complex and advanced test automation scripts. Selenium also helps reduce the execution time of tests by supporting parallel testing.

If you’re looking for an automation testing tool that offers support for both mobile and web applications, Katalon Studio is one of the best platforms out there. You can integrate it with other useful tools such as Git, JIRA, Slack, and so on.

The setup is quick and Katalon Studio is easy to use. It contains a wide array of built-in keywords that are useful to create test cases. Boasting high versatility, this tool runs on Linux, Mac OS, and windows. The best part is that users with minimum knowledge of programming can easily use it without any hassles.

The open-source tool offers support for both Android and iOS applications. Installing and using Appium is easy which greatly contributes to its rising stability and popularity as one of the best test automation tools.

Appium helps in automating hybrid, native, and mobile web apps from different test frameworks and languages. The Appium studio makes it easy for testers to analyze and debug various tests before executing them on real devices.

Based on behavior-driven development, Cucumber is one of the most popular automation testing tools. It is an open-source platform that offers support for the web environment. Resting on the philosophy that promises to deliver an extraordinary user experience, Cucumber has a pretty impressive clientele. Canon and PayPal are the most popular ones.

Testers can execute the code on frameworks such as Selenium and work with languages including Groovy, Java, Scala, Ruby, and so on. Since it uses Gherkin, you can easily write code in simple English.

Testers can also run examples describing an application’s behavior with Cucumber. Hence, it performs automated acceptance testing with ease. Top it up with cross-platform operating system support and you have got a winner!

With a worldwide user base of more than 14,000 customers, Ranorex Studio has been the favorite automation testing tool for beginners. It offers functional UI testing on mobile, web, desktop and supports cross-browser testing.

You can execute tests in parallel to save time or distribute them on a Selenium grid. Ranorex also supports the local and remote running of tests. It integrates them with tools such as Jenkins, Git, Bamboo, Bugzilla, and so on.

You can easily reduce test maintenance, thanks to reusable code models. Some other useful features include cross-platform testing, shareable object repository, and dependable object identification.

The video reporting of executed tests gives a clear picture of what went down without the need to rerun a test. The best part is that Ranorex is an ideal tool for beginners and pros alike. While the codeless interface offering click-and-go features is appealing to newbies, a full IDE is ideal for test automation experts.

TestComplete is an easy-to-use and powerful test automation tool for mobile, desktop, and web applications. It offers support for a variety of scripting languages including Python, VBScript, and JavaScript. Its primary features are record and playback, reusable scripts, regression testing, and distributed testing.

Some other testing techniques it supports include data-driven and keyword-driven testing. You can easily integrate TestComplete with other SmartBear products. Running functional UI tests could have never been easier, thanks to the record and playback capabilities.

TestComplete can easily create even the most complex test automation scripts without any code. It also uses Artificial Intelligence and Machine Learning for enhanced object recognition.

TestComplete facilitates continuous delivery and continuous testing. Functional user interface tests can run in parallel on a local machine or in the cloud. The most lucrative feature is its tight integration with test management, CI / CD, version control, and issue tracking tools in your very own testing ecosystem.

Test project is a cloud-based automation platform ideal for testing web, iOS, and Android applications. It offers support for effortless testing on various operating systems. TestProject also enables easy collaboration between team members. The setup is pretty straight forward and it’s beginner-friendly since you don’t need a lot of coding skills to use the tool.

In other words, the scriptless test recorder is a boon for users without much technical know-how. You can also import existing Appium and Selenium tests. It includes integrations for slack, Jenkins, sauce labs, and more. Installation and management of drivers and dependencies are also simple.

If you are looking forward to using a licensed tool suite with its primary focus on GUI and application testing, Eggplant is the way to go. Driven by Artificial Intelligence, Eggplant offers automation for usability, functional, and performance testing. Since its AI-powered, this tool takes user perspective into account for analyzing technology.

Eggplant helps accelerate the testing process by enabling test maintenance. It follows an image-based approach, unlike other test automation tools that follow an object-based approach. Therefore, a single script can help perform testing on Solaris, Linux, Windows, Mac, and more.

Worksoft is a leading automation testing tool perfect for the rapidly expanding DevOps and Agile scenario. It provides support for pre-built optimizations for more than 250 cloud and web applications. It’s widely used for testing and automating SuccessFactors, SAP, Syclo, Concur, and Ariba Network.

The tool is also useful for automating various end-to-end processes in business and running tests without the need for supervision. You can deploy Worksoft even during the upgrade, implementation, or maintenance stage of an SAP project.

Producing test results and executing test cases can be a time-consuming task. But thanks to automation testing, we no longer require too much human intervention for these processes. It’s clear that the demand for automation testing is rising for obvious reasons.

The best way to determine which of the above tools works the best for your organizational needs is by availing of the trial version. This way, you’ll be able to see how your ideal tool can provide the necessary assistance in your real work environment.