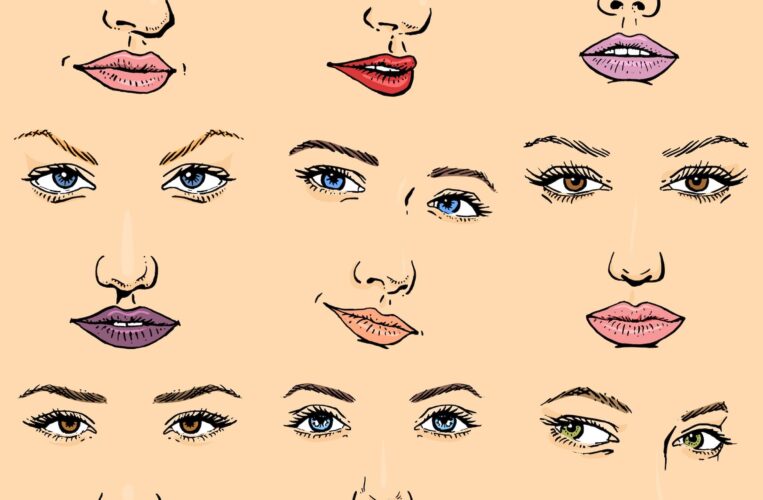 The Basic Definition Of Beauty, According To The Dictionary:

“A combination of qualities, such as shape, color, or form, that pleases the aesthetic senses, especially the sight.” The definition is the simplest definition of beauty, but the topic of beauty is much more than a simple definition

Once a Man Said:

Beauty lies in the eyes of the beholder Beauty has many types and forms. Some people believe in having a beautiful mind and soul is being beautiful while others think having some kind of physical appearance consider as being beautiful.

Now here I discuss the standard of beauty regarding physical appearance and body structure.

Beauty is something that can cause conflicts in the opinion of people as it doesn’t have a rule it just depends on people’s perspective. But as with any other topic, society has some rules about it. Beauty also had some jurisdiction, but there is constantly changing in these rules with time.

There are many eras, but these are some most important ones:

➢ They considered women as pretty who have a lean physique and narrow shoulders.

➢ In this era, women who have longer waistlines and perfectly balanced faces are considered icons of beauty.

➢ In this era, the preferable color of women’s skin was white.

➢ Regarding appearance, there is a drastic change from the previous era.

➢ As they consider women as beautiful who are slightly overweight and have large asses and breasts with a non-narrow waistline.

➢ In this era, men prefer women who are more girlish and feminine.

➢ They want their women to be petite with large eyes and small feet.

➢ In the matter of skin color, that did not change as much as from the previous era.

➢ The preferable color of skin was pale, and in the matter of lip, red lip was more famous.

➢ In this era, the ideal women are very much similar to women in the ancient Greece era.

➢ They also consider women who have some fat on their stomach and hip, and also have relatively large breasts.

➢ The only difference is the choice of skin color.

➢ The color women consider the most beautiful and appealable is white with a hint of brown.

➢ In this era, the most dominant figure was the hourglass figure.

➢ The preferable and appealable women were those who have some extra fat and large hips but with very narrow waistlines.

➢ Another very dominant thing was the item of clothing “corset”

➢ Women used this item of clothing to clinch their b waist, so they have society-approved hourglass figures.

➢ This era is remarkable as the standard of beauty is opposite from any other period.

➢ In this era, women who have flat chests and physical appearances similar to boys are considered the most beautiful ones.

➢ In this era, making something, less appealing is very popular.

7. The Golden Era of Hollywood:

➢ The boyish figure trend does not last very long.

➢ Hourglass with the figure was back in this era.

➢ Women who have curves and large hips were thought to be beautiful and stunning.

➢ In this era, the preference for ideal women is the complete opposite of the Han Dynasty Era.

➢ In this era, women who are bored, tall, and thin were considered the most beautiful women.

➢ The trend of having long and slim legs is also viral.

➢ In this era, the most popular trend is workout and exercise.

➢ The slogan that gained the most popular it is to be thin but fit so the women who are considered the icon have athletic bodies and toned arms and legs.

➢ Having curves and slightly higher height was also thought of as the most appealing feature in women’s bodies back then.

➢ In this, the most dangerous trend regarding human health started getting popular was skinny like on the verge of being unhealthy, and uncared for.

➢ Also, the famous skin color was translucent, the color of the skin through which you can see veins.

➢ Another highlight of this era has a mixed appearance, which means your physical appearance has a resemblance to both male and female physiques.

➢ In this era, having healthy skin consider a blessing.

➢ Hourglass figures and large butts and breasts were also back in trend in this era too.

➢ Another addition of the unique features of women’s must-haves had a thigh gap in this era.

Now after looking at the general standards of beauty throughout history. Now there is one era that is left, and that is present, so let’s discuss that,

As I mentioned earlier, beauty genuinely describes the opinion and thoughts of people as that gave a lot of freedom to people also buy, causing a lot of conflicts and clashes.

In today’s view having any type of body is acceptable and also desirable, the only condition is the person should be happy with his/her institution.
These thoughts have so much power in them alone, and it causes so many benefits to humankind some of them are

It is a very refreshing moment that has a lot of effects on young girls. Nowadays, people are starting to love their body and all their “flaws”.

There are not any “flaws” naturally in the body but perceived ones. Such as having a stomach roll, hip dips, or no thigh gaps is ordinary and is not a flaw or mistake that should be fixable.

Having freedom on what type of body a person has is a total blessing. It just helps a lot of people who are born with some kind of disability. Earlier, having a disability is like that is a mistake and a burden on society, but now people are accepting their disabilities.

So this is a very refreshing perspective on the beauty industry, but it came with multiple side effects. Some of them are as follows:

a) Birth of Diet Culture:

Nowadays, people want to lose weight just to be healthy, and this is a very aspiring thought, but if you look in-depth, this is very dangerous.

Because people lose weight in the most unhealthy ways. Their goal is to lose weight irrespective of how harmful it can be to their body.

Due to this culture, a lot of diets have been born. Some of them are as follows:

These are just some, but they are tons of others too that are very popular among teens

Suggested – Why You Need To Create A Healthy Living Lifestyle

Nowadays people have the freedom to look as they want so some people have been using this freedom in a very negative way. They are using the medical procedure to enhance their beauty and promote it, which causes a lot of teens to go under the knife for a desirable face which just results in disaster.

Not only people promoting plastic surgery, but they are also endorsing the fact that you should. Because these people nowadays are the beauty icon and if you don’t look like them, then that means you are ugly which causes a lot of mental illness in the young population.

Another trend that is very dangerous and harmful to people’s minds and bodies is photoshop pictures.

It is highly triggering as this causes a lot of young girls to go under the knife and have that feature. Just because they thought having that feature is essential and everybody has it.

On the other hand, in reality, that feature is almost impossible to achieve—for instance, stretch marks, smoothness, thigh gap, zero rolls, etc.

Some people believe beauty is something that you are born with, but others also consider enhancing it in materialistic ways like makeup. People like to form some specific rules just to make sure they fit in society. In different eras, women were considered beautiful or ugly just based on some features, and that is cruel. And this is something that not only women face throughout history but also means too.

So there is time we should take a break from being a part of a society that has a rule, and that describes who are you what are you, and you’re worth. These things not only disturb the physical functions of the body but also the mental too.

Related Topics:Perspectives On Being Beautiful