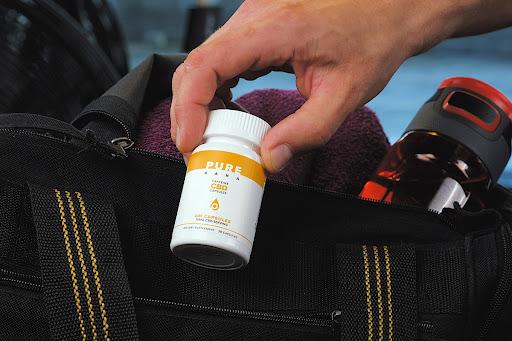 Some of the most recent studies into cannabidiol (CBD) suggest that it could play a role in treating arthritis. Currently, there are over 50 million Americans suffering from arthritis, which makes it the number one cause of disability in the country. Even more worrying, the number of people suffering from arthritis is continuously growing, and not showing any sign of slowing down. By 2040, an estimated 78 million Americans are projected to be diagnosed with arthritis. It’s one of the most common causes of chronic pain in adults.

Although arthritis is often thought to be a condition of 65-year-olds and older, it can actually affect anyone of any age, sometimes even children. There are some ointments and medications that can help with pain, but they don’t work for everyone. This is why there are an increasing number of patients wanting to try CBD.

Many people who suffer from arthritis often begin to work with pharmaceutical drugs which can have additional side effects and issues. Because of this, it’s typical for a person to seek out a more gentle form of relief that doesn’t come with adverse side effects. This natural remedy often comes in the form of CBD.

Arthritis is described as inflammation of the joints which causes pain, as well as several other symptoms. It’s not just one single disease, as a lot of people think. While the term arthritis is used to describe joint pain, the actual disease includes up to 200 different joint diseases and conditions, such as fibromyalgia, osteoarthritis (OA), rheumatoid arthritis (RA), gout lupus, and many more.

The two most common types of arthritis are rheumatoid (RA) and osteoarthritis (OA). While they are both forms of arthritis, the cause of each is different. RA modulates the immune system and creates inflammation in the joints. OA, on the other hand, occurs when the cartilage that protects the bones breaks down and thus causes joint pain.

The initial symptoms of arthritis typically include stiffness, especially in the morning, swelling around the joints, and pain. Once more developed, other symptoms start to become apparent. These include restless sleep, getting tired more quickly than you used to, and over time it will become more difficult to move joints and sometimes to even use your own hands.

The terrible thing about arthritis is that, although it has some far-reaching effects on degenerating joints, patients are often more focused on immediate pain relief because the pain can be so debilitating. CBD offers anti-inflammatory properties along with minimal side effects, which is why it’s becoming such a popular treatment choice.

Why Use CBD as a Natural Remedy for Arthritis?

CBD offers plenty of benefits as a natural remedy for treating arthritis, some you may be familiar with, and others may come as a surprise to you. The thing about CBD is that it doesn’t have to come from cannabis, it can come from hemp, which has low levels of THC, and doesn’t cause the user to get high. Even better, it’s legal all across the United States and doesn’t require a prescription from a doctor. Read on to learn more about the benefits of using CBD to treat arthritis.

CB2, which is a receptor found in the human body, interacts with CBD to produce positive results. As you probably know, pain is a common symptom of rheumatoid arthritis. CBD can help to control the pain by activating the pathways to the CB2 receptors. The CBD attaches itself to the receptors to positively influence a person’s immune system. The CB2 receptors send important signals to the brain to help reduce inflammation in the joints.

A 2017 study discovered that CBD was a great natural alternative for patients who were looking for alternatives to ease joint pain. Scientists believe that CBD affects the way that the receptors respond to signals that they receive, which could help to reduce the inflammation and pain.

As we mentioned earlier, chronic pain is one of the main symptoms of arthritis. The pain can be extremely severe and even unbearable, and often leads to feelings of despair and hopelessness. Chronic pain can change the brain and lay down dysfunctional pathways. The wonderful thing about CBD is that it can promote neurogenesis and neuroplasticity. Neurogenesis is the formation of new brain cells that develop into new ways of thinking. It’s believed that by changing the pathways of thinking, CBD can help patients to manage the pain.

CBD Works to Nourish and Balance the ECS

The endocannabinoid system (ECS) consists of cannabinoid receptors found in the brain, peripheral nervous system, and central nervous system. The great thing about CBD is that it’s non-toxic, safe, and antipsychotic, working behind the scenes to address depression, anxiety, and inflammation. Unlike THC, CBD won’t make you high. But, it will help you to feel less pain, less anxiousness, and more ease in your body.

What Science Says About CBD and Arthritis

In one particular study published in June 2000, scientists conducted an experiment whereby they artificially induced arthritis symptoms in mice and then treated them using CBD. Both injected and oral methods of administering CBD were equally effective, and by all accounts, CBD seemed to slow down the progression of arthritis damage to the joints. Based on the study, researchers concluded that through its anti-inflammatory and immunosuppressive actions, CBD has a potent anti-arthritic effect.

In addition, a preliminary study was published by the journal Rheumatology in 2006, whereby humans with arthritis were treated using Sativex – an oral pharmaceutical drug that contains cannabis extracts, including both THC and CBD. Over a five-week period, researchers discovered an improvement in pain when resting and moving. Patients also experienced less intense pain, less inflammation, and slept better. While the results of the study were very positive; however, scientists did confirm that larger and more prolonged studies were needed.

Possibly the most trusting research is that done on people who have themselves used CBD to treat arthritis. In August of 2017, the Brightfield group (cannabis-research firm), surveyed 2,400 HelloMD users – a medical cannabis information site. The study had incredible findings, with widespread satisfaction among regular consumers of CBD. Even more positive, 42% of those who were surveyed claimed to have given up pharmaceutical drugs in favor of CBD.

More than a quarter of the users reported using CBD to treat some or other form of arthritis; making it one of the top medical conditions found in the study. However, only 11% reported CBD to be “extremely effective,” which suggests that most individuals find it best to combine CBD treatment with more traditional arthritis treatments.

But at the end of the day, CBD is great for weaning patients off harmful pharmaceutical drugs. In the long-term, many of these drugs can cause more problems than they solve. For patients who have to continue with pharmaceutical treatment, CBD often helps to ease the negative side effects of these drugs. Aside from that, CBD reduces inflammation, helps to alleviate pain, and helps patients to sleep better.

Final Thoughts on CBD as a Natural Remedy for Arthritis

From arthritis to cancer, the more we learn about CBD, the more we are in awe of its near miraculous benefits. However, although scientists have studied this compound for decades, we hear the same thing over and over again; more research is necessary.

Unfortunately, while the benefits of CBD are overall well established and documented, the fact is that there have been very few human studies done, especially when it comes to treating arthritis. We more often than not rely on animal studies, and while they do tell us a lot about what we need to know, there’s no denying that more human studies are needed before we can come to a definite conclusion. Having said that, there certainly are people who swear by CBD for treating their arthritis symptoms.