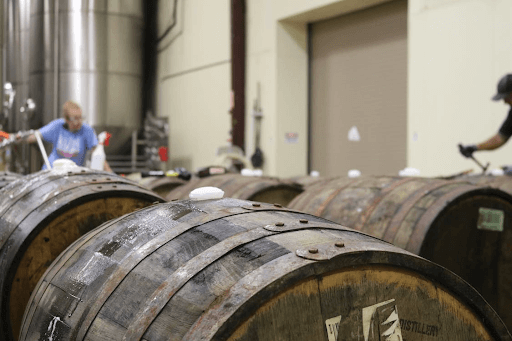 How is single-malt whiskey produced? Barley and water have been the primary components of single-malt whiskey for over five centuries. The Scottish Highlands are noted for their expansive grain fields in addition to their rough beauty, particularly around harvest.

Scotland’s water is distinctive. The absence of limestone makes the water very soft. Rainwater absorbs the distinct flavor exclusive to each distillery as it runs through heath-covered slopes and over peat bogs. Water for single malt whiskies comes from tiny, secure wells. Large rivers are also necessary for the production of whiskey. They provide the pot stills cooled water.

Single malt scotch whiskey is produced utilizing an ancient method that is elegant in its purity. Malted barley, spring water, and yeast are some of the natural, unprocessed elements used in it.

When producing excellent single-malt scotch whisky, manufacturers first melt the barley and soak it in water. It is laid out on a malting floor and allowed to sprout. After that, the barley’s starch transforms into sugars. This mixture is then combined with yeast to produce alcohol.

Manufacturers may sometimes dry the barley over peat, which gives it a smokey flavor. After being dried, the malt is pounded into a coarse flour known as “grist,” which is then combined with hot spring water in a large container known as a “mash tun.” This step in the process impacts the flavor of the finished spirit.

The malt’s sugars break down to produce wort, a delicious liquid. The wort is transferred into a large vessel called a “washback.” This is where manufacturers add yeast to begin fermentation. The wort’s carbohydrates are converted into alcohol during this process, yielding a liquid known as “wash” with an alcohol content of roughly 8%.

The distillation process commences now. Single malt scotch whiskey is often doubly distilled in copper pot stills. These stills heat the liquid inside like huge kettles. The first distillation occurs in the “wash” still, where the alcohol fumes initially climb to the top. The vapors move over the still’s head before being sent via a condenser to transform back into liquid.

Also, Check – 5 Reasons Why You Should Rent a Jet Ski

The new spirit has to grow at this point. Each distillery’s specific spirit serves as the foundation for the flavor of the whiskey. However, the true magic happens after a while and in wood barrels.

Scotch whiskey is required by law to spend a minimum of three years maturing in oak barrels. The whiskey gains a characteristic golden hue from these barrels. Once filled with bourbon, sherry, port, and wine, many barrels are brought from Europe and America. These distilleries release the whiskey into the market when the maturing process is complete.

If you want top-notch whisky, you should know that the best whisky comes from Scotland and is matured for three years before it hits the shelves. So, try to go for true whisky from Scotland rather than off-brand options that greedy manufacturers created for a cheaper price tag in a matter of weeks. True magic comes from a hardened and age-old manufacturing process, and you can feel the difference without issues.