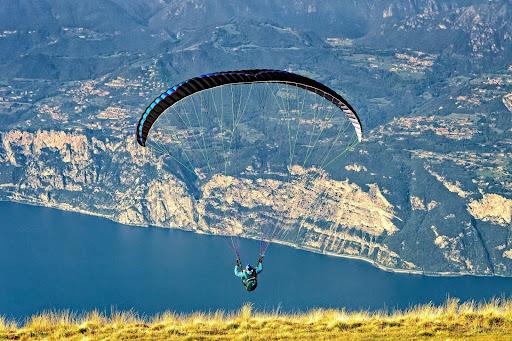 Oscar-winner Jennifer Connelly says, “If it weren’t for Tom being the pilot, I think that would have been very frightening, I pretended to be cool, but I was so scared”.

In “Top Gun: Maverick”, Connelly plays Penny Benjamin, the love interest of Pete’ Maverick’ Mitchell played by Cruise. She appeared as a character that’s referenced in the 1986 original film.

Connelly, who doesn’t like to fly, found the experience of letting Cruise pilot her around the California skies pretty soothing. “It was therapeutic to do what for me felt like extreme flying and just enjoy it,” she claims.

Directed by Joseph Kosinski, “Top Gun: Maverick” majorly focuses on Mitchell training a detachment of Navy pilots for a specific goal – to destroy a uranium plant in a seriously guarded secret bunker. This assignment led him to interact with “Rooster” (Miles Teller), the son of Maverick’s late friend “Goose” (Anthony Edwards).

While guiding his trainees, Cruise flew real jets for the film, with various IMAX cameras capturing the real-time action.

Cruise believes that you must shoot the scenes live to create this kind of experience.

“You can’t act like that, the distortion in the face. They’re pulling seven-and-a-half, eight Gs — that’s 1,600 pounds of force,” says the actor.

Connelly Admits That Her Experience Working With Cruise Was Amazing, And Those Flying Stunts Were A Huge Phenomenon.

“That soundtrack was everywhere, and to this day, when I hear any of those songs, they get stuck in my head. Those flying sequences, I had never seen anything like that before. I was just so impressed by it. And, of course, Tom’s character is so iconic.” -Connelly spoke about flying with Cruise and being a part of a more adult romance.

Connelly Spoke About How Tom Helped Her Overcome The Fear Of Flying.

“It’s an exceptional experience being in a plane like that. It’s a P-51 vintage plane, and you have a different kind of exposure. It’s narrow, and the top of the cockpit is brushing the top of my head.

Connelly spoke about her experience flying and said that it was like she had been trapped in a  glass bubble and felt the air differently. The actress mentioned how Tom helped her and it would have been very frightening if Tom wouldn’t be there.

Connelly Flew In A Real Jet For The Movie

The actress said she didn’t think about her flying scene much before it actually happened. Tom asked her about acrobatic flying and enquired if she did that earlier. While discussing, Connelly enquired, ‘Are there going to be any Aerobatics flying in my future?’ And he said, ‘It’ll be graceful.’

The next day, they were flying. After that, Tom asked her, ‘ when she is afraid of flying; why didn’t she tell?’. The actress replied, ‘she was trying to be a little bit cool.’

Connelly Appraised The Romantic Scene Between Pete And Penny

The actress said that she liked the chemistry between Pete and Penny and found it interesting that it separated itself from the romance in the original Top Gun movie. The actor also spoke about Pete and Penny saying these people have known each other for decades and have this long history.

The actor told us that they filmed that scene in San Francisco, one of the windiest places in the US. The act initially looked impossible as they were going fast through the water, and there was the spray and waves hitting them face-on.

The actor said in an interview that she took swimming lessons in New York Harbour, a fascinating place to learn sailing. She was also taking classes in Vancouver while shooting for Snowpiercer.”