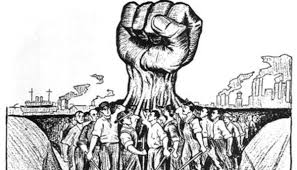 Trade unions are important for both employers and employees. It is important for employers to know what rights workers should be granted. Employees need to know which rights they are entitled to. Many rights that we enjoy at work tend to have been won with the help of workers who joined together in trade unions and fought for these.

The following tells you some advantages of trade unions:

Unions let workers come together so that they can have a powerful and collective voice. They can then communicate to management what their dissatisfaction as well as frustrations are.

It is necessary for working people to get the protection of some union. There are actually some employers who have tried cutting workers’ rights saying that this is now the way forward. They claim that workers are not “employees” and are self-employed “contractors”.

This results in the exploitation of workers. When workers have joined an effective trade union, they will know what benefits they should get. If they have not joined any, they may not know of these.

Those workers who have joined some trade union will more likely have better terms as well as conditions in comparison to those who do not. This is due to the fact that trade unions actually negotiate for their members with collective bargaining agreements. They also keep them safe from bad management initiatives.

Do you accrue annual leave while on annual leave? This is just one example of the benefit that a trade union can get for you. All areas of working life must be the subject of discussion along with agreement amongst employers plus employees who are under the protection of some effective trade union. There are trained representatives in these unions who lead the negotiations for the employees.

It is unions who have won the right for the many workers to get paid holidays. If you are a trade union member you may be able to get more annual leave per year in comparison to a non-unionized worker. This is why it is a good idea to join one of these.

Also, Check – Tips On How To Be Successful In Your Business

It is possible to earn more when in a unionized workplace. You may not be getting paid how much you deserve for what you are doing. This is not fair for workers. The worker may go and complain to the boss with no positive impact. If they have joined a trade union, it may be possible for the representatives here to help out.

Benefits for carers and parents

It has been unions who are responsible for even securing as well as improving maternity, paternal plus carer leave for many workers. It is important for a new mom to get the paid leave that she deserves. A trade union can get this for the worker.

There may be many trade unions in the city that you are in. It is important to join a professional one that can help you secure the rights that you deserve to have.