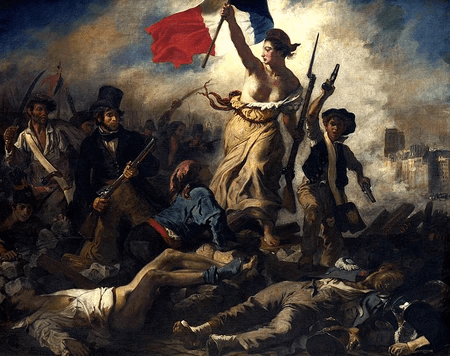 History has given us great examples of sculptures, paintings, and portraits of females. These have gotten global attention and have earned fame for being the masterpieces of art. Women have been an exciting subject widely explored. They have inspired great artists, and women themselves painted several of these. Women no doubt are favorite, much-loved themes in art.

Women have been represented as goddesses. While they have been at the center of representing day-to-day life, women have also been chosen to represent the affluent part of society. Due to the diversity in their character, you can see several paintings of women that have made it to the top. Some of the famous paintings of women are shared below.

The Birth of Venus by Sandro Botticelli

Sandro Botticelli, a prolific artist, is The Birth of Venus iconic painting. The artwork depicts the goddess Venus coming out of a shell from the sea. She comes to a shoreline after her birth, emerging naked. On the goddess’s left is the god of Wind blowing to bring about the shell reach the shore. To the right of the Goddess of Venus, you see one of the minor goddesses; the Hora of Spring. She carries out a cloak to cover the goddess of Venus.

Paintings of women have been sought in connection with the representation of mythological characters. The Birth of Venus draws its fame mainly because of this. The work also got attention as, for the first time, it displayed a nude female. The painting interprets the cultural shift. It showcases a new hope for the civilization that had suffered because of the turmoil of the Middle Age.

Mona Lisa by Leonardo da Vinci is, no wonder, the most famous work in art. It is a masterpiece among the famous portraits of women. Not to mention, it is one of the most visited paintings in the world that is most sung about. Not only this, a lot is written about this artwork that is also extensively parodied.

It is said that the painting showcases Lisa Gherardini, a merchant’s wife. Yet, the mystery remains like that of her smile. The fame of this painting arose with its theft, followed by how artists recreated it. To date, it is one of the most famous paintings of women.

Among the old paintings of women, the nude representation of women has been shared. For example, Olympia portrays a naked woman reclining on a bed while a servant brings her flowers. Was the servant bringing the model a gift from a client? Well, this is what the public assumed.

Seeing nude females on the canvas has been a usual sight for the viewers. For Olympia, one may wonder why Paris Gallery hired exceptional security to safeguard the painting? As people say, the masterpiece possibly showcased a prostitute. Her disobedient gaze was enough to convey this message. What more can cause an outrage than an open presentation of a prostitute? It is taboo to touch upon such a topic. Her ornaments showed that she was rich.

Olympia was a shocking piece produced by Manet. The artist used bold strokes and different forms of shapes in his artwork. His motive was yet not clear but had gained public attention and outrage.

Mary Cassatt stood out in a male-dominated era mainly because of her unique art style. She painted The Cup of Tea, showcasing a woman having tea. During the 1880s, it was a social ritual among the wealthy women to have afternoon tea.

Cassatt wanted to show the daily life of people, and later, she used her sister as a model for her paintings. Impressionism was at the core of Cassatt’s artworks, and her use of contrasting colors made her work stand out. It was common to showcase the daily ritual surrounding women and the household in the old paintings of women.

The most famous masterpiece of Andy Warhol, Marilyn Diptych, is a representation of 50 images of the actress Marilyn Monroe. Following her death in 1963, Warhol created this exclusive artwork where the vivid use of colors depicts the star’s mortality. There are 25 colored images on the left. In contrast, the 25 images on the right are of fading black and white color.

Marilyn Diptych is an iconic artwork belonging to Pop Culture. Its fame can be seen by the fact that it was in 2004 that the painting was labeled as the third most influential artwork in modern art.

The Two Fridas by Frida Kahlo

The Mexican artist Frida Kahlo is known for her excellent self-portraits representing her physical and mental wounds. Frida had a turbulent relationship with her husband, Diego Rivera, a Mexican painter. The couple married, divorced, and re-married. The portrait of The Two Fridas was created during the times of her divorce. If you see the portrait carefully, you will picture her loss.

Also, there are two self-portraits. While the left shows Frida with her heart wide, torn, and bleeding, the right shows Frida with a heart in a proper condition. This shows the immense pain she felt and is probably connected to her marital life. The Two Fridas was Kahlo’s largest and most famous piece of work.

In the world of art, women are at the heart of masterpieces. Artists have explored several themes concerning women. They have focused on their wealth and, at the same time, represented their role as a commoner. In addition to it, artists have also showcased nude women along with several themes. Thus, while the artist displays a theme as he wants to, it is in the eye of the interpreter that he interprets his piece of art.