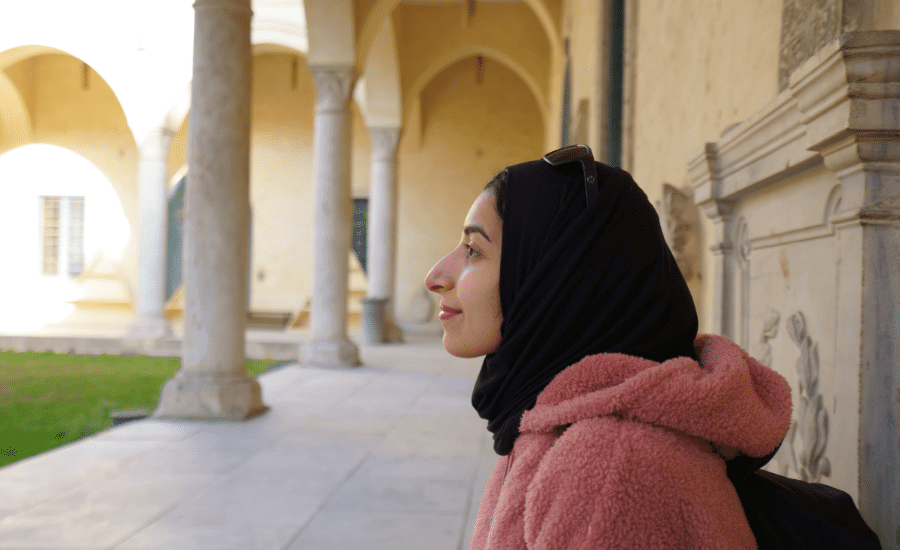 Every culture has its set of social norms, such as dating customs. Egypt is no exception with its practices. However, there’s a catch: you’re either going to get someone slightly liberal or extremely conservative. There’s nothing in the middle. Don’t get discouraged, though! You can still win an Egyptian’s heart over—in this case, you’ll need extra effort to tick all the boxes.

Egyptian courtship has changed A LOT through the years. Currently, conservative and traditional customs are the status quo due to Islamic cultural influences. So, before you begin dating an Egyptian person, you may want a walkthrough of their dating culture first.

Dating in Egypt isn’t all sunshine and rainbows. Even if modern norms exist, the country still clings to tradition for a reason. Even a simple swipe on dating apps is enough to earn a side-eye from conservatives.

Dating apps are often associated with hookup culture—an anomaly for said folks. That’s not to say it doesn’t exist over there, though. Still, modern dating isn’t as open in Egypt as in other western countries. Parents will expect their children to stick to old-school tactics as they did back in their youth.

Still, you can find some success with dating apps if you’re using the right ones. You always need to be careful though and look at several different reviews before you make a choice. You want a review done by someone that actually used the app for a while and has tried other apps in the past. A good example of that would be the review of Spdate that Beyond Ages put together.

In their review, the dating experts on their team spent several weeks using the app to determine who it would work for and if it’s worth the time and money to try it. This is the work you have to put in for real insight.

You need to be careful of reviews out there done by people who have never even tried the app. The internet is full of them but it shouldn’t discourage you from doing your research!

To save you some trouble, we’ve gathered some typical Egyptian dating culture tidbits. Pick these up before you hit the town!

Western dating culture is, again, an anomaly in Egypt. PDA, or public display(s) of affection, is part of that. Egyptian society expects couples to keep their hands (and lips!) to themselves when in public spaces.

So, if you and your lady are out in public (especially in crowded spaces), please be on your best behavior! We totally get being affectionate without a care in the world, but believe us when we say that it’s best to hold back. Save the touching and kissing for somewhere private. Trust us—holding off is better than conservative old folks scolding you in public.

While Egyptian people generally mind their own business, most can’t help but keep tabs on couples publicly dating. If you see older folks giving you two a look, don’t take it too personally—it’s a force of habit.

When you two are out in public, watch out for the bawabs—doormen or gatekeepers. They keep their eyes peeled for inappropriate behavior from youngsters. They don’t attempt to hide their interference, either; they’ll make it clear to stop you two from doing anything out of line. So if you’re going somewhere that has a doorman, be careful—he’ll probably report you two, even if it’s over something seemingly innocent.

#3: Dating itself is still evolving

If you’re used to the Western dating culture, Egypt may surprise you. Young singles dating around isn’t as normalized in this part of the world. As we emphasized earlier, oldheads will be watching! Islamic culture highly discourages casual dating; so, if you’re looking for love, Egyptian families expect people to look for someone who’s in it for the long haul.

Still, that’s not to say that casual flings and hookups don’t exist in Egypt. Apps like Tinder and Bumble are a hit among younger Egyptians. Is this a sign of times changing? Maybe, maybe not. Just be patient with your Egyptian partner while they’re figuring out the dating scene, okay?

#4: Marriage isn’t for the light-hearted

Getting married is serious business in Egypt. Not only is it a union of two hearts, but families as well. Arranged marriages may be gone in modern society, family involvement remains.

Traditional Egyptian Islamic weddings have the two parties agreeing to a mahr (pre-nuptial agreement), ensuring independent financial security to the bride/future wife. Engagement parties are thrown to celebrate the eventual union, which is typically held at a mosque or the bride’s house. Before the wedding ceremony, the marriage is registered at a maazoon—a wedding registrar of sorts.

#5: Religious tolerance is a must

You two aren’t always going to think alike on things. Religion may be one of those subjects. Now, you don’t have to see eye-to-eye 24/7 on this touch topic, but respect should always be there.

Islam, in particular, is a dominant religion in Egypt. Roughly 90% of the country’s population are Muslims, and their faith is instrumental in shaping their lives. If you happen to practice the same religion, that’s great! No need for adjustment if you two are on the same page faith-wise. But if you have different beliefs, you may want to do your research and widen your perspective. You can always ask (appropriate) questions regarding your partner’s faith if something’s unclear to you.

Dating a person from another country (and the culture that comes with it) is challenging. However, that shouldn’t stop you two from getting together! Relationships are a two-way street, so take the time to understand each other’s backgrounds—in this case, Egyptian dating culture.