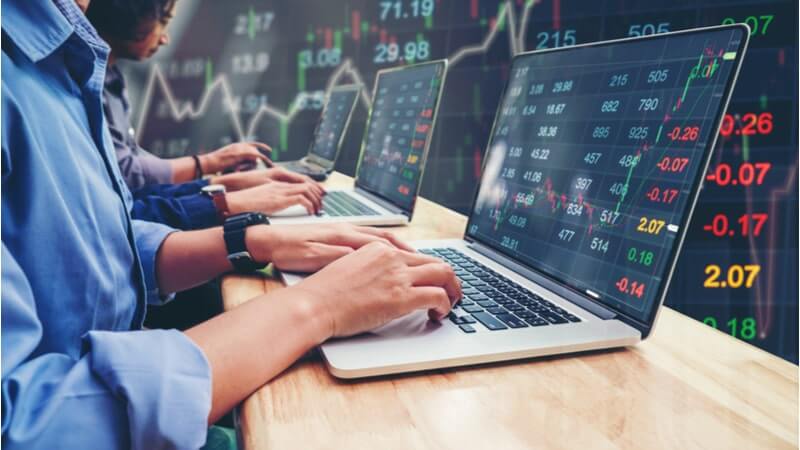 Elliott Wave theory is one of the most well-known and widely utilized forms of technical analysis. It is a description of the natural pattern of common-sense psychology in the market and manifests in different types of waves. The basic idea behind the Elliott Wave is the way in which prices fluctuate between impulsive phases establishing the trend, and corrective phases that reverse the trend.

Elliott Wave is fractal and the fundamental pattern is constant. The 5 and 3 waves create the complete cycle. They can create different patterns, such as zigzag patterns, ending diagonals, and expanded flats triangular corrections. There are 15 different degrees of wave that are visible by using five drawing tools that allow users to visualize the different wave’ degrees on charts. The main thing to trade Elliott waves effectively is counting the waves correctly, and there are many guidelines and rules on how to do so.

Elliott Wave Theory alone is not very helpful in understanding how it is that the markets are doing as well as where it’s heading. However, using other technical analysis techniques can give useful evidence to support the analysis. Elite CurrenSea, a European startup in the field of algorithmic trading offers extensive insights into what approaches traders should take while trading using Elliott Wave theory and which Forex waves indicator is the most useful. Considering that the company has been specializing in various trading strategies and theories, it is one of the most credible sources to trust as an EW trader. We will be looking at Elite CurrenSea’s recommendation on the matter below in the article.

Which tools to use with EW theory?

As Elite CurrenSea suggests the three most important technical tools most frequently utilized by EW traders are the following:

In general, If you cut down the duration of these indicators, you are likely to notice more noticeable spikes and valleys. It is recommended to test different settings for these popular indicators as well as other indicators to find out the best settings for your needs. We will break down each technical tool mentioned above to describe its necessity and efficiency in wave analysis.

Fibonacci retracement is used in various analyses but has a specific role in Elliott Wave theory. In EW technical analysis, it refers to the counter-trend that is predicted to finish at the regions of support or resistance, further marked by key Fibonacci levels. Afterward, the market shall return to the trend again in its main direction. The Fibonacci extension is then utilized by the traders for defining their target profits.

Why do Elliott Wave traders need to look at Fibonacci ratios? Because they are extremely helpful in measuring the target of a wave’s movement within the EW structure. All the waves within the structure relate to each other with Fibonacci ratios. For instance, within the impulse waves, we have wave 3 typically being 161.8% of wave 1, and wave 4 typically representing 14.6%, 23.6%, or 38.2% of the third wave. Such knowledge would highly aid the traders in determining the entry points and profit targets.

The Moving Average Convergence Divergence or MACD in short is one of the most useful technical analysis tools often utilized together with Elliott Wave theory. It is a primary tool to boost your confidence in wave count. Furthermore, it has more than one use together with EW analysis and can be helpful in identifying the main waves of the structure.

You can use MACD to distinguish between trend moves and corrections. Also, MACD indicators can display the various characteristics within all wave types and stages in the Elliott Wave structure. Finally, MACD diverges from the direction of the price at the very end of a uniform move of the price.

The Relative Strength Index is one of the most popular technical indicators used in many trading strategies. However, it has found a profound use together with Elliott Wave theory, as well. The reason is that it is highly beneficial to utilize RSI oscillators together with EW structures. The tool is mainly used to reveal whether the price of an instrument is more likely to keep on rising or declining. The RSI will record above 50 in case the magnitude of the latest gains exceeds the latest losses. If the case is vice versa, then the indicator will show below 50.

Many claims that RSI is the most useful during the 3rd wave of EW structure. Typically, at this stage, RSI will always show more than 50 and will keep on rising above 70 in some cases, as well. One of the most common mistakes made by technical traders using only RSI is that they are rushing to sell the asset since RSI shows the instrument is overbought. While, if you are using RSI together with EW analysis, you will know to stick to your wave count until you get to the 5th wave.