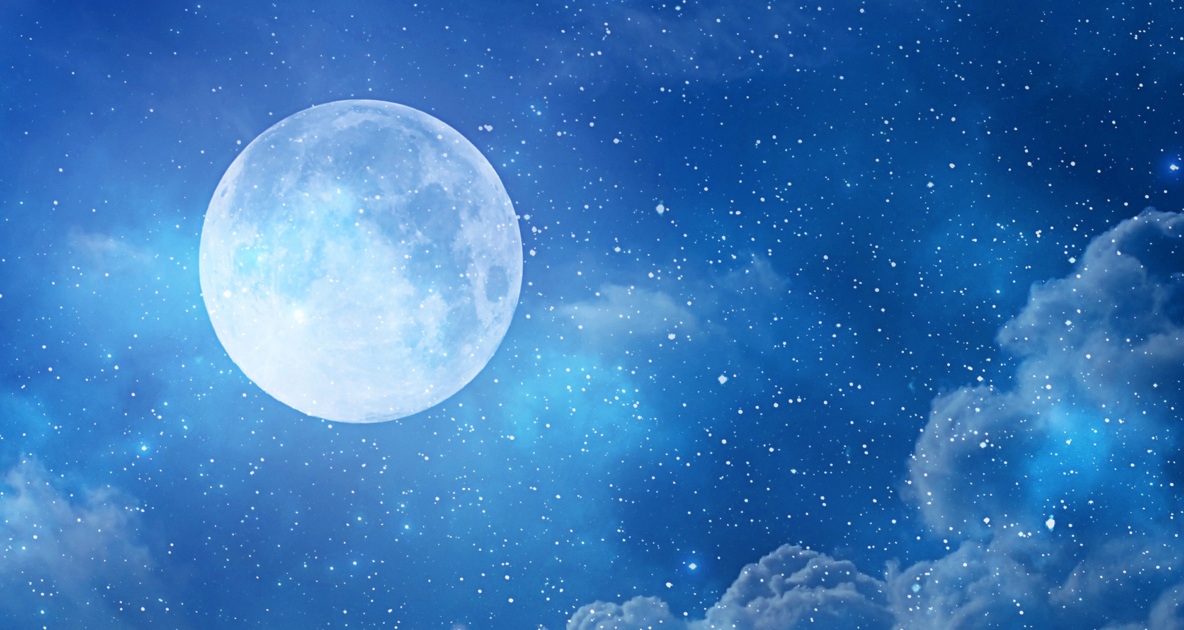 The summer of 2021 has several notable astronomical events, including the occurrence of a full blue moon on August 22. This blue moon is based on the original interpretation of a blue moon, meaning the third of a total of four full moons during a single season. Each season typically lasts three months and has three full moons. Get a free birth chart report to find out more about the personal effects of the full blue moon on the night of August 22, 2021.

The Third Full Moon of Summer 2021

There are four full moons during the Summer of 2021, which is defined on an astronomical basis as the period between a solstice and an equinox. The Strawberry moon on June 24, Buck moon on July 23, Sturgeon moon on August 22, and the Harvest moon on September 20 are the four full moons this summer. These dates are good opportunities to consult with love psychics.

The full moon on August 22 is third in the sequence of four full moons during a single season and is therefore considered a blue moon. The Native American and folk names for this moon include the Sturgeon Moon, Full Green Corn Moon, Wheat Cut Moon, Blueberry Moon, and the “Moon When All Things Ripen.”

The traditional understanding of a blue moon is as the third full moon in an astronomical season that has four blue moons. This definition applies to the full blue moon on August 22, 2021. This and other astronomical events make the summer an ideal time to consult with personal, interpersonal, or pet psychics.

The Astrological Importance of Blue Moons

The Strawberry moon on June 24 was in Capricorn and the full moon on September 20 will be in Pisces, while the full moons on July 23 and August 22 are in Aquarius. The sign a full moon or blue moon appears in has astrological significance for people for whom a sign is significant and also affects everyone else.

The full blue moon in Aquarius on August 22 is a powerful source of creative potential. The gravitational pull of the moon increases when full, and the seasonal patterns that lead to a blue moon make the effects of the third full moon occur over this summer particularly powerful.

Whether you plan to view the upcoming blue moon or commemorate this occurrence, this full moon draws attention to the seasonal and twice-monthly definitions for blue moons. The blue moon on August 22 is a seasonal blue moon. Based on your birth chart report, this full blue moon in Aquarius offers an opportunity for growth directed by intuition and deep wisdom.