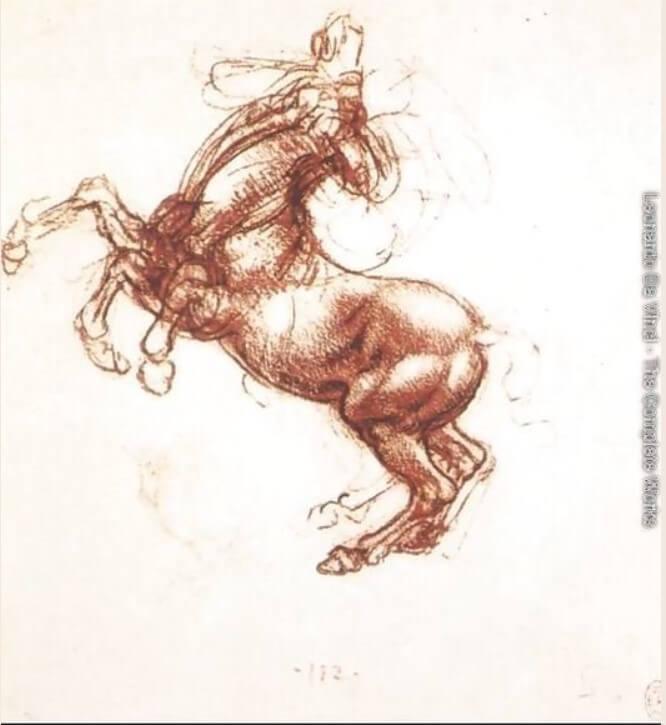 Besides being an ideal Renaissance man, Leonardo Da Vinci was also intrigued by animal anatomy other than human anatomical studies. Many of his paintings are rendered to animal physiology and anatomy with utmost scientific precision.

For his love for science and art, he was often known as the “scientist-artist.” He was a master at unifying science and art that created realistic impressions through his artworks. Vinci has made his scientific observations very clear in his writings as well. These are a blend of all the scientific domains, from botany to zoology and from human anatomy to geology.

Vinci’s love for animals was so amazing that he was rumored to buy birds and animals and then, later on, free them to live a life full of freedom. Inspired by such incidents, he made several drawings and paintings on animal species. The segment below is an illustration of animal species in Leonardo’s anatomical drawings, his scientific observations, comparisons to human anatomy, and everything else that you were missing on.

Regarding RCIN 912372 (Royal Collection Inventory Number), a realization of inaccuracies was made in terms of descriptions for a certain set of drawings, and one was especially the bear’s foot. In 1919, its first reference was stated by Professor William Wright in the section “Leonardo as an Anatomist. “

It was published in the Burlington Magazine to commemorate the Quatercentenary Of Vinci’s finest anatomical drawings. It was the hindfoot of a plantigrade carnivore, most probably of a bear. The view was supported by the fact that in one of the manuscripts, a strong reference was made that pointed to the bear’s foot.

Leonardo’s Observations About The Bear’s Anatomy

The bear’s anatomical drawings showcase some accuracy with the bones, muscles, and tendons of its lower foot and leg, with claws raised big toes pointing away from the viewer. Since the bear is a plantigrade animal that walks like a human, the whole plantar face of the pes (foot) touches the ground while walking.

But in comparison with humans, the shortest digit of the toe is not the fifth one, in our case, the lateral one. But for the bear’s toe, it’s the medial one meaning the first digit, left one. O’ Malley and Saunders, Clayton, and Philo had previously described on the Royal Collection Trust website that it might resemble humans.

On the left center of the drawing is a preliminary sketch of some muscles that are continued under the bear’s foot. If observed carefully upside-down, these represent the antebrachium typically called the forearm and manus, the hand of a dog or a wolf.

According to Clayton and Philo, the biographer Giorgio Vasari stated that Leonardo Da Vinci had compiled a treatise of horse anatomy. Leonardo da Vinci drawings of the viscera, probably a horse, survived from his time. He suggested that Leonardo conducted full experiments and dissections to identify the internal anatomy of it. Girorgio Vasari also stated that the treatises of horses were lost from Milan when evaded by French forces in the year 1499.

Regarding the anatomy of the horse, the text refers to the drawing RCIN 919097-recto about “the viscera of a horse .”It was described at the Royal Collection Trust as “an anterior view of the arteries, veins and the genito-urinary system of an animal, probably a horse.”

This anatomical drawing portrays the ventral aspect of the trunk of an animal with the lungs and the canalized Alimentarius removed. The large vessels are shown at the center, the drawing represents the aorta on the right side, and the vena caudal is on the left side of the image. Such depictions of the animal parts clearly indicated that the drawing in no way depicted a human.

Observations From The Upper Half of Leonardo’s Drawing

On the left part of the image is the first huge vessel that reaches the heart and could be Vena cava cranealis. The other one is a curved vessel going down, indicating the aorta and its arcus aorta. The arcus aortae with two big arteries leave the aortic arch and, with smaller ones, finish the arch and continue to the descendent aorta. Large domestic mammals, for example, horses( Eq) or ruminants (Rq), have only one artery that is derived from the aortic arch- the truncus brachiocephalic. It is further divided into truncus bicaroticus and two Aa. subclavia Sinistra.

Observations From The Lower Half of Leonardo’s Drawing

The arteries and vena circumflexa ilium superficialis are the first branches of A. femoralis and V. femoralis, respectively, which are exclusive only to carnivores. They leave their main vessels, which are cranially oriented at the proximal and median parts of the thigh. These vessels are the main clue for identifying features of the species. Nevertheless, horses are that unique domestic species in which the aorta doesn’t end caudally as an arteria sacral median, which is not represented through this illustration.

There was absolutely no limit to Leonardo da Vinci’s artworks. His scientific approach and analytical precision, not only in the case of humans but also animals, were beyond par excellence. The way he studied and grasped knowledge about anatomical species in that era gave consolidated proof of his magnificent artistic and scientific skills. His drawings on anatomical figurines show much more than perfection!