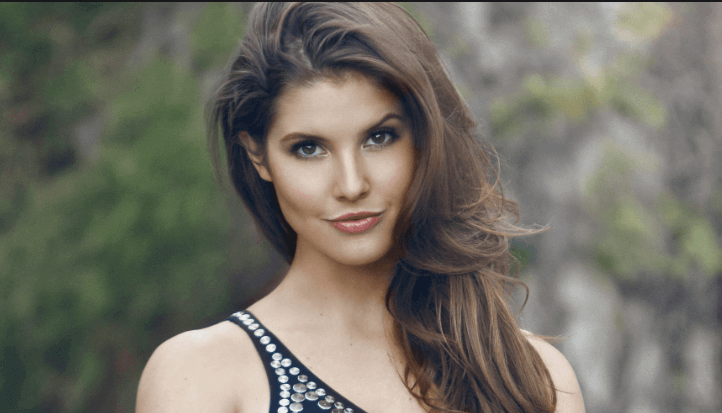 With the ongoing era of digitization, the world is all about instant clicks on the internet. The last decade proved to be the accelerator for video bloggers and the popularity of these v-blogs is something that can’t be expressed merely through words.
Every other day, there comes the news of new social media influencers who took the internet trends in a sweep. Here is one such social media celebrity, Amanda Cerny, a young girl who turned out to be one of the most popular and celebrated social media influencers from the last decade. Read in to know all about the beauteous lady Amanda Cerny.

American model-turned-actress, Amanda Cerny is among the top most popular social media celebrities from the last decade. The 28-year-old lady, Miss Cerny is a YouTuber with a mass subscription of 23.5 million on her channel, Amanda Cerny. She was born on June 26th, 1991 in Pittsburgh, Pennsylvania to the beautiful couple Amy and Russ Cerny. There ain’t many people aware of Amanda’s parents for she has been keen on keeping her family life under covers.

However, the details about Amanda’s siblings are easily available over the internet. Miss Cerny enjoyed her childhood days with an elder sibling, Samantha Cerny, and a half-brother Nick Bateman. Samantha, like her sister,r is a YouTuber while Nick is, a social media influencer, and a model.

There ain’t too many details about Amanda Cerny’s early life available to the mass but there are a few things that one needs to know about as her fan. Although born in Pittsburgh, Amanda grew up in Florida. Her parents divorced on a mutual agreement that led her to live with her mother Amy. She has been to Martin County High School, Stuart, Florida. She did her graduation in Foreign Affairs from Florida State University.

Her Career and Professional Life

The multi-talented lady, Amanda Cerny is an actress, model, philanthropist, and entrepreneur besides being an amazingly popular social media celebrity. Miss Cerny started walking down the path of a career at the very young age of 15 years as a model. One of her schoolmates was featured in the Playboy Playmate Magazine as Miss October 2008. This inspired her to take up modeling as her career. Some of her friends recommended she mail her picture to the PMOM when she was in college.

She was called up for the test photoshoot when she was in her first year of graduation. Amanda flew all the way to Los Angeles to pursue her dream to become a model and eventually dropped out of her graduation. She became Miss Playboy Playmate in October 2011 with her shoot with Playboy. She started her youtube channel in 2011 and has been posting comics and health-related videos on it. Until now, Amanda has posted 94 videos on her channel. She embarked her presence in many TV shows including Dead House. She has also been featured in many international films too.

Working across a wide variety of platforms, Amanda has been known to earn a mind-boggling amount of over $8Million. Youtube pays her an annual amount of $12,000 to $202,000 while she gets an estimated amount of $49,000 to $82,000 per Instagram post as of 2019 data. The modeling, acting, and fitness career earns her an ever-increasing paycheck with every coming day.

Amanda Cerny has been known to date and hangs out with many global influencers over the years. There have been countless rumors about her relationship status with many of them being true while others being air. The very first date Cerny was with the global comedian Dane Cook. She started dating him in 2011. However, the relationship ended soon enough and the new boyfriend King Bach came to light.

There were high airs of her dating worldwide sensation, Justin Bieber. She dated the renowned Youtuber, Logan Paul. The two didn’t last long too. Amanda is currently dating, Johannes Bartl since 2018.