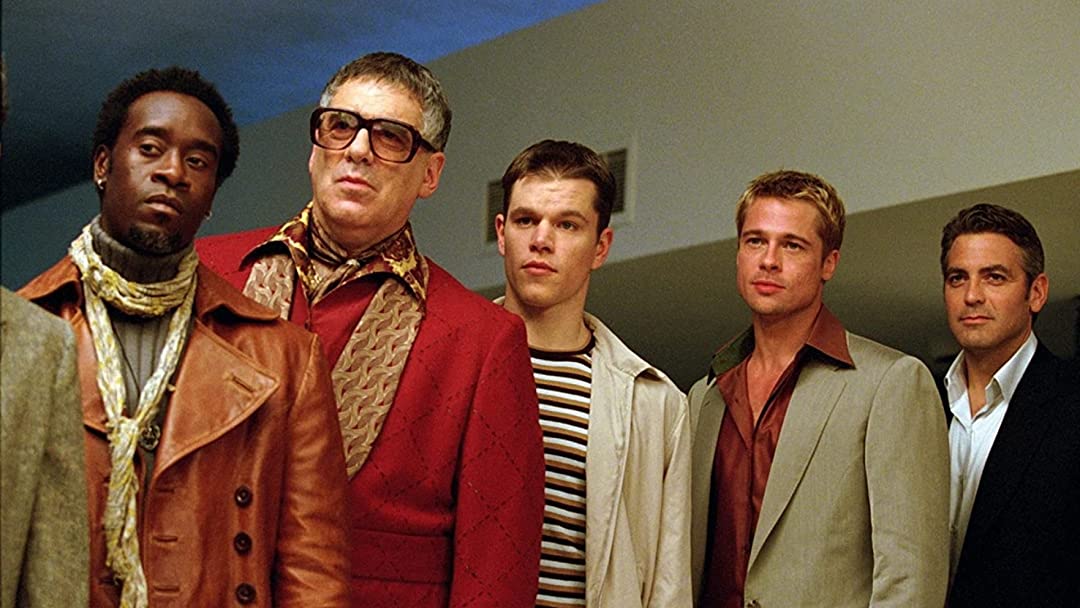 When we talk about heist movies, one of the first movies that come to mind is Ocean’s Eleven. This movie franchise introduces us to the incredible genre of money heist and adopted this niche to its own. Ocean’s Eleven is a thrilling movie that will force you to think a few steps ahead and try to figure out how to rob a casino even though that is not possible in real life.

The amazing cast and incredible acting make the movie even more exciting to watch. There is something about these casino heist movies that excite the public. Maybe it is the flashing lights, the gambling nature of humans, or the pure addiction to adrenaline, similar to the one you find playing at any online casino.

However, Ocean’s Eleven isn’t the only movie of its kind. In fact, there are plenty of movies you should definitely watch if you loved Ocean’s Eleven that is backed up by a similar cast and has a similar story.

This is actually a follow-up movie from Ocean’s Eleven after casino owner Willy Bank double-crosses one of the original eleven, Reuben Tishkoff.

Ocean’s Thirteen will provide you with some thrilling heist planning keeping you on the edge at all times. Once it is all done, you wouldn’t believe how clever they’ve pulled out the most incredible heist in movie history, robbing the biggest casino in the world.

This is not a heist movie, but it definitely involves a few things from the Ocean’s Eleven movies. First of all, the whole movie is about money, secondly, it involves a casino and a literature professor with gambling addiction.

It is a really tense action/drama movie that includes Mark Wahlberg plays Jim Bennett, who ends up owning Lee $200,000 that he lost on a high-stakes underground gambling ring, and another $50,000 to Neville Baraka, a loan shark.

The debt causes him to borrow even more money, further complicating his situation. He has a few days to pay all the money back. It is a great movie that even though doesn’t include the heist elements traditionally found in Ocean’s movies, but it still falls under a similar category.

Can you imagine putting heists and magic together? – There isn’t something cooler than that, and Now You See Me is the first movie that introduced this concept in 2013. Successfully pulling a magic trick requires immense skill and talent, plus the degree of bluffing and trickery makes these people the perfect ones to do a heist.

Now You See Me 2 also has an impressive cast featuring Woody Harrelson, Jesse Eisenberg, Isla Fisher, and Dave Franco as the Four Horseman. Compared to Ocean’s 11 where you can see how the characters explain their plan before they go ahead, Now You See Me features a new concept of now knowing the plan-making you wonder how that actually happened.

Can you imagine bunch of magicians and illusionists walking into a casino? Now You See Me 2 isn’t a casino movie, but it features a scene in Hannes Pike casino where the four horsemen organizing their next heist. This scene than leads to the ultimate card tossing scene that is fan’s favorite.

Also, Check – Acting Tips: How to Film a Self-Tape Audition?

Catch me If You Can

When we talk about money heists, it is hard not to include Catch Me If you Can. This is the unbelievable story of Frank Abagnale Jr. who successfully impersonated a pilot, a doctor, and a lawyer.

Thanks to its chameleonic abilities, Abagnale is the ultimate heist planner allowing him to cash in millions of dollars of fraudulent checks, all before his 19th birthday.

The best thing about Abagnale is that he is not trying to hurt anyone. He is only a kid that struggles to cope with his parent’s divorce and finds out that he can channel his frustrations into pretending to be someone else.

The much-loved Nikolas Cage is the planner of an incredible heist alongside Angelina Jolie hoping to steal 48 cars in a matter of days in order to get his brother back. Nicolas Cage immediately assembles a team and they introduce many different ways of stealing cars.

It is a heist movie that you must see, although it is not very popular among Rotten Tomatoes users.

This is a more modern movie that has a similar stylish edge that the memorable Ocean’s 11. However, the only difference is that the Baby Driver movie dials the volume all the way up, making this heist sloppier and more exciting that will pump you up full of adrenaline.

The film basically focuses on the getaway driver nicknamed Baby (Ansel Elgort), who is an extremely talented driver but manages to drive with his headphones on, even in intense situations.

It is a rather exciting movie that also has an incredible soundtrack that will excite you even more.

Compared to Ocean’s 11, Baby Driver is a more amateur concept of a heist but includes other exciting elements like fast adrenaline jumping driving, action, and twists.