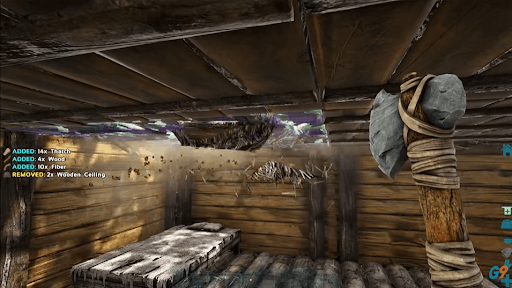 If you are a beginner or a newcomer, Ark: Survival Evolved can turn out to be pretty confusing for you. Ark games are undoubtedly evolving with each minute. They are getting introduced with various new updates and animated series. However, the styles that players use will depend entirely upon them because this game works only with a single objective of surviving.

Therefore, the players can become killers or peaceful settlers as long as they manage to survive. There are certain things that players should know before this particular game. If you are a beginner, this article will guide you with a detailed list of valuable tips that any player would need to know before getting started. This will allow you to avoid about half of the unnecessary deaths during the course of the game.

Smart strategizing begins at the very start of the game. Therefore, as a player, you should be aware and never be too eager. Players receive engram points while reaching higher engram levels which allows them to choose what to unlock.

However, they cannot unlock everything that the game has to offer. That is why they need to prioritize items and recipes.

Thus, they need to think twice about what needs to be unlocked before clicking in the order items keep coming up. Also, they need to keep in mind that characters level up every three minutes during the first part of the game.

The tools play a significant role for the players during the game. However, there is hardly any need to rush in this process as all you need is to have the essentials and make sure they are leveled up with the evolution of the characters. The first is merely like a race against time.

Therefore, players must get all the resources that they can to level up. They should also build their base as soon as there is a chance. This is precisely where the need for the right tools appears.

With the mere evolutions of technologies in these games, it has turned to be easier for the players. Nowadays, you can even buy Ark Survival Evolved Hacks from Battlelog for being safe in the game.

The first and foremost rule that one needs to learn as a player in this game is never to trust the environment. It would aid if you kept in check that anything can attack you at any time, be it sneaky Velociraptors or minor deadly spider-like bugs.

However, running away or giving up cannot always be the answer because any dino can easily rob players as they are running by. Therefore, sometimes you need to pick a fight with the robbers because that might be the only viable option. In that way, players can even get back whatever they robbed from the character.

It would be ideal for building a shelter and ultimately a base for yourself because that is one of the primary things. You even need to put a bed in each base because that is far more important. These beds function as the respawn locations of the characters. Apart from that, Ark takes it a level further by allowing the characters to fast-travel between these beds.

Thus, once a player has gained enough potential and confidence and reaches a high enough level to start crafting a house and bed, they need to go further. For example, they should think about discovering the island further and build more and more bases around the map.

Players need to co-relate this field with life because socialization functions as the key even here. It would be excellent if you were proactive in this area from the beginning, even starting with finding a tribe or taming animals.

However, if the character successfully unlocks his first saddle, avoid waiting around to begin taming those dinos. Instead, assemble tools because the players need to knock those dinos out and feed them berries afterward for taming them.

However, each dino possesses a different set of skills which is why the sky’s the limit while the discussion is regarding the number of allies that the players can supposedly have. One can hardly go wrong with the process of taming these creatures.

Ark: Survival Evolved has proved to be the most incredibly frustrating game since Minecraft. However, getting started in this game might turn out to be tricky enough because there are dangers in every corner. Therefore, a lack of tutorials can take a toll on the fun. Therefore, proper knowledge of hacks is essential to know for the players before they get started with the game.

This article has clearly listed not one or two but five evolved hacks that can prove to be a boon while the players are on the battlefield. Therefore, all you need is to keep in mind the things listed above to fulfill the game’s primary objective, that is, surviving.