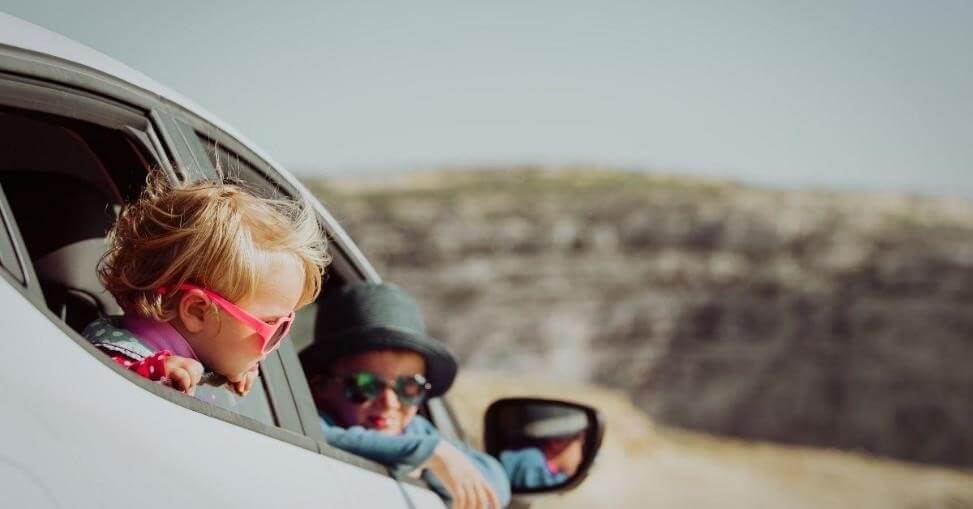 When you are restless and tired from work, it is the best remedy to take a vacation and travel. If you plan to take a break from work and best enjoy your trip, then go for it. And if you have kids around, then why not try a historical place.

Historical places consist of rich cultural diversity, stories, and unique adventures. If you know about the history but haven’t visited the place, you won’t be able to appreciate its worth. There are many historical places in the world which are worth seeing once in a lifetime.

Why are Historical places good places to travel?

Many people may find it curious, why would you take a vacation in historical places. Some people take historical places as a boring trip and waste of money and time. But this is not true; the true beauty of a place is known through its past.

You will time travel into the past, interact with different cultures, explore and examine locations, and collect facts and expertise in ancient sites. It’ll be a refreshing and adventurous trip — not to forget the knowledge our children will learn from historic places regarding our history.

History has shaped humanity into what it is now. Most of the time, your children might be using smartphones or devices to remove their boredom. Wouldn’t it be best to take them on a trip, especially to historical places where they can learn and gain knowledge? Here are some of the list of famous historical places that you can travel with your child and even enjoy:

Hever Castle and Garden, also known as the childhood home of Anne Boleyn, wife of King Henry VIII’s second wife, held power for 1000 days as Queen of England. Henry renounced Catholicism and established the Church of England due to his affection for Anne. He insisted that she become his wife rather than his mistress.

A yew maze, which is great fun for the school classes who visit each year, and the Tudor Gardens, which showcase the types of flowers and herbs cultivated in Anne Boleyn’s day, are located nearby. A smaller route named after her runs down the topiary yew-lined driveway, bordered with step-overs.

You may have seen the picture of Easter Island in many books and magazines. Easter Island is one of the mysterious and popular sites. The island is located in the Pacific Ocean, Easter Island, a particular territory of Chile best known for the almost 1,000 moai (monumental statues) built by the early Rapa Nui people. Easter Island is under the protection of the World Heritage Site, UNESCO.

The moai are the last remnants of a cultural civilization that once lived here. These massive, ornately carved head statues serve as yet another example that prehistoric people were far ahead of their times. The stones that draw tourists to this island are composed of volcanic ash, and many of them can still be found on the island.

One of the famous sites to visit, Alhambra is an ancient palace and fortress on the outskirts of Granada, Andalusia, and is one of Spain’s most prominent tourist attractions. It is a fine example of the architectural style known as mudéjar art and a vital sign of Spain’s multicultural history, built by the Moors who conquered the country from the 8th century onwards.

Alhambra has a never-ending number of tourists from the 20th century. What you see today has been heavily restored but respectfully. This is a lovely place with many different gardens and homes, where Granada’s historic district view is unrivaled.

America’s Hometown of Plymouth, MA, is a 45-minute drive south of Boston and a popular destination for history. This quaint coastal village, best known for Plymouth Rock, the landing place of the Pilgrims in 1620, is a universal sign of America. It was here that the Mayflower landed 400 years ago, bringing English pilgrims who assisted in the founding of the nation.

Due to historical significance, Plymouth has become one of the most popular visited places. Other than that, you can experience plenty of family-friendly attractions, making it a top destination for families traveling with children. And if you visit Plymouth, you have a bonus i.e., Cape Cod is just 15 minutes away, and you can catch a vessel to visit the world-famous Nantucket Island.

A king’s passion for a queen led to the construction of the Taj Mahal, a majestic architectural marvel known as the Taj Mahal. Taj Mahal, located in Agra, India, was built in the 1600s and is a monument of eternal affection. This white marble tomb designed for Emperor Shah Jahan’s deceased wife is a must-see for anyone visiting the city.

It was designated as a UNESCO World Heritage Site in 1983, and it is also one of the New Seven Wonders of the World. Since the Taj receives between two and four million visitors per year, there have been recent restrictions on access.

The Visitor Center, Historic Ebenezer Baptist Church, The King Center, and the Birth Home are among the facilities on the property, which is located near downtown Atlanta. Several exhibitions chronicle Martin Luther King Jr.’s life and work and the evolution of the Civil Rights Movement.

The immersive show “Children of Courage” in Washington, D.C., is designed specifically for children. Like the famous speech of Martin Luther King Jr., I have a dream, every person should dream of visiting such an inspiring place, and especially children must know why this place is known for what it is today.

Parthenon is indeed one of the majestic and astonishing parts of ancient Greece. Even though it is now (and seems to have been for a long time) undergoing renovations. This ancient temple to Athena is a monument to Greek culture and an emblem of Athens’ influence.

In addition to such history, Parthenon again offers a panoramic view of Athens and the surrounding ruins, which boast similarly magnificent temples and structures. Most of the structures and the associated buildings have been ravaged by war and bandits over the years.

Fortunately, the building is still standing, at least for the time being. So, visit as soon as possible, who knows what will happen next.

Warwick Castle is one of the most renowned castles of England built in the 12th century and is regarded as the best example of Medieval Architecture. Warwick Castle was constructed on the site of a wooden fort built by William the Conqueror in 1068. It also contains one of the most prominent medieval dungeons of its time.

You can do many activities in this location, from exploring the luxurious interiors of Warwick’s Grand Hall within the massive stone walls or climbing into the Time Tower for an immersive look at the castle’s past. Meanwhile, kids will like the Horrible Histories Maze and the opportunity to get up and personal with the world’s largest trebuchet.

Angkor Wat is the reason why Cambodia is famous as a tourist spot. The Khmer Empire, which once dominated much of Southeast Asia, was centered in this ancient Cambodian capital. The kingdom collapsed, but not until constructing magnificent monuments and structures later occupied by the jungle for hundreds of years.

Angkor Wat was initially built as a Hindu temple for the god Vishnu and is based on the Hindu version of the universe. More than 200 Hindu temples are thought to be housed in the park, making it the highest concentration outside India. But again, in the later 12th century, it became an enormous Buddhist temple.

You may have seen this famous place picture in the wallpaper of your desktop home screen. For more than a thousand years, the monuments have puzzled and amazed archaeologists and hold one of today’s essential cultural landmarks.

When you walk around the colossal stone circle, consider how complex it must have been to build such an extravagant building in the first place. You also can go to the visitor center to learn more about Stonehenge’s excavation activities and see how the circle appears different at various times of the year.

You have seen this place in a lot of movies; why not see it for real? Your kids would be overjoyed that you can take them to a location they’ve seen a lot of in movies. If you think a child will not be able to climb those grand stairs, don’t worry. There is a provision of cable car where you can enjoy your trip with your family.

The great wall was built in the third century B.C. by Emperor Qin Shi Huang to hold the Mongol armies.  The best-known and best-preserved portion of the Great Wall was constructed from the 14th to the 17th centuries during the Ming dynasty. The most significant engineering and construction of the Great Wall are considered massive achievements for humankind.

Chichen Itza is one of the Seven Wonders of the World. The ruins also bear witness to a great civilization rich in architectural marvels and ancient mysteries. Chichen Itza is divided into many zones or “complexes” representing various architectural styles and construction times. One of the second most famous sites of Mexico, Chichen Itza, won’t disappoint you and your family

For a few centuries, Sukhothai was Thailand’s capital. One of Thailand’s lesser-known destinations, as most visitors only go here when they have to relax in the way of Chiang Mai. A moat surrounds the central city, which houses 21 temples. Many of its temples are decorated in the Sukhothai style, which combines Khmer (Cambodian) and Sri Lankan influences.

Hampton Court Palace has undergone many upgrades and construction, yet it is the best way to unfold the story of King Henry VIII in the 1530s. Hampton Court Palace’s classic pink brickwork and extravagant frontage, now boasting two different architectural styles (Tudor and Baroque), leaves a massive impact on tourists as tradition is brought to life inside.

And why this is the best place for your child because you will, you can travel back in time due to Costumed speakers and immersive exhibits that give you detailed information about the place. And also, similar to Hever Castle, you will see a complex maze in the garden that cannot be unseen.

With its rich architectural history, Philadelphia attracts millions of tourists every year and is unquestionably one of the most significant historical cities in the United States. The main attraction of Philadelphia is the Liberty Bell, Independence Hall, and the “Rocky” monument are all located in Pennsylvania’s largest city.

Around 8000 B.C., Native American tribes, especially the Lenape hunter-gatherers, settled Philadelphia, a city in Pennsylvania whose name means the City of Brotherly Love. When you go to the US, you have to see Philadelphia.

Although your kids might feel historical places are dull, you cannot be sure until you visit them because many historical places provide excitement, adventure, and fun. The main attraction of these locations is you feel as if you are solving a quest and mystery. If you have to create your fun; you’re in a bad spot.