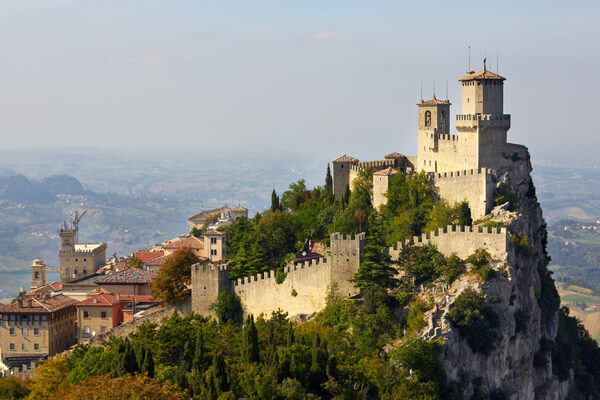 If you are interested in traveling to Europe or learning more about Europe, you are in the right place. This Geography fun facts about Europe will allow you to discover amazing facts you didn’t know about the Vatican, about Russia and more. To learn more about the European capitals and play a fun trivia quiz, click here.

1. The Holy See or the Vatican

The Vatican City holds the headquarters of the Roman Catholic Church and is home to the Pope and a trove of antique art and architecture.  Buy city pass Vatican and enjoy the magnificent beauty of the city. In addition to this, the city has Vatican Museums that house ancient Roman sculptures and you can visit the Museum also.

It is generally located in Western Europe, Southern Europe, North Africa, and Western Asia. The Mediterranean sea connects to the Atlantic Ocean by the Strait of Gibraltar. The sea is characterized by its deep blue color with over 3300 islands on it. Sicily happens to be the largest island on it, with an area of 25,711 km2. The only independent nations in the Mediterranean are Malta and Cyprus.

This is the largest country globally, and it occupies one-tenth of all the land on Earth. Russia spans 11 time zones across two continents which include Europe and Asia. It also has shores on oceans such as the Atlantic, Pacific, and Arctic Oceans. The landscape in Russia is quite peculiar as it varies from sandy and frozen deserts, tall mountains to giant marshes. The highest mountain is Mount Elbrus in Russia, with a height of 5,642 m/ 18,510 ft. When it comes to the European Alps, the highest peak is Mont Blanc. Russia is known to have around 100000 rivers, and the East European Plain occupies most parts of European Russia.

4. San Marino and the Vatican

Europe is home to these two countries, which are completely landlocked and enclaved by Italy. The countries are fully sovereign nations and have open borders with Italy. These countries are a de facto part of the Schengen Area, and both only have heliports because they lack airports.

This is the second-longest river in Europe and flows through ten countries. The river rises in the Black Forest mountains of western Germany and flows to its mouth on the Black Sea. With its coverage of many countries, it is vastly considered the most important commercial waterway.

6. The Port of Rotterdam in the Netherlands

The port is the largest and busiest container port in Europe. In consideration of annual cargo tonnage, Rotterdam was the world’s tenth-largest by 2017.

7. Ny-Ålesund on Svalbard in Norway

This is the nethermost town that has around 35 people. It is famous for explorations and research.

This is a small sovereign city-state that is located on the French Riviera in Western Europe. It is preeminently the most densely populated country in the world.

It is estimated to be the smallest town in Croatia, with an average of 30 inhabitants.

It is Europe’s and the world’s most northernmost capital city.

For more great facts, check out these Geography fun facts. You will be amazed to learn how many facts about mountains, countries, continents, and capitals you don’t know.