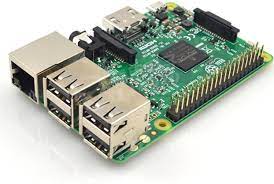 The Raspberry Pi foundation has won fans across the world for its innovative series of minicomputers. What started out primarily as an educational tool for young people and adults with an interest in computer science has since gone on to offer practical benefits in industrial applications.

A recent study found that coding and programming skills are among the most in-demand on the UK job market right now, and the Raspberry Pi offers lots of potential for hobbyists and employers alike. Below we explain what this nifty device actually is and explore its capabilities on DIY and professional projects.

What is a Raspberry Pi?

The Raspberry Pi is a tiny low-cost computer that can be plugged into a computer monitor or TV and controlled through a standard keyboard and mouse. These devices allow beginners to explore computing while programming through languages including Scratch and Python.

Raspberry Pi allows users to do almost everything that desktop computers do, including browsing the internet, creating documents, and playing games. They can also interact with a variety of external devices and add-ons, from sensors to speakers and motors.

There have been several incarnations of the raspberry Pi since its launch in 2012 –the latest and greatest of which is the Raspberry Pi 4.

There are lots of fun projects that beginner and advances hobbyists can undertake with a Raspberry Pi, many of which its community of users shares for free online.

You can also turn a Raspberry Pi into a retro gaming device and power up classics such as Mario Kart, Zelda, and Donkey Kong.

Raspberry Pi computers are increasingly being used in industrial markets, which now account for close to half of the company’s annual sales. Their low cost, flexibility, and easy adaptation make them ideal for various settings from IT to manufacturing control, including industrial Internet of Things applications.

The Raspberry Pi Foundation recently announced greater levels of support for its industrial customers too, including an Approved Design Partners program to help businesses integrate Raspberry Pi into their products.

As the Raspberry Pi evolves and its supporting infrastructure continues to expand, we can expect to see these microcomputers being used everywhere from bedrooms to classrooms and factory floors.