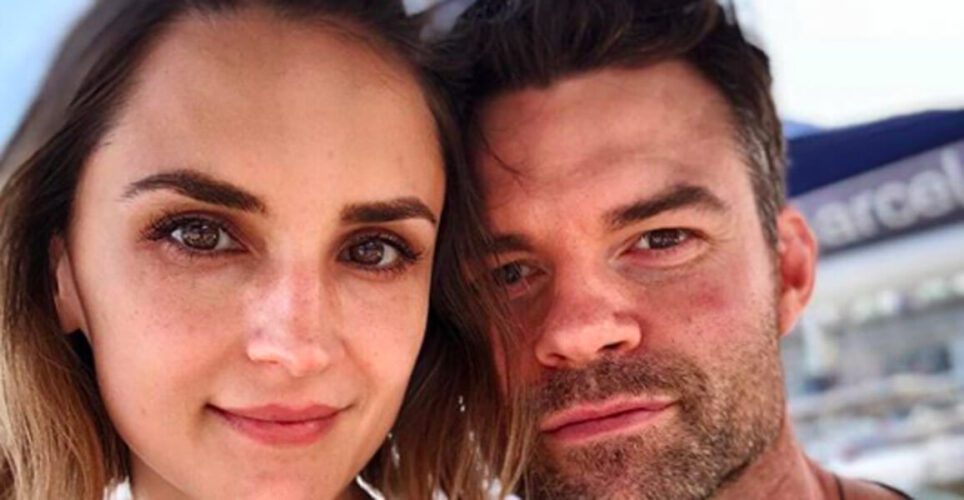 Check into the piece to discover the detailed biography of the’ She’s All That’ fame American actress Rachael Leigh Cook. Not just it, but also about the fun facts related to Miss Leigh and the rumors of her being Bill Gates’ daughter besides many others. Scroll until the end.

Rachael Leigh Cook is a 40-years old American actress, producer and a successful model from Minnesota, U.S. She was born on October 4th, 1979 to an adorable couple of JoAnn and Thomas H. Cook in Minneapolis, Minnesota, USA.

Her Mother JoAnn was a weaver and a cooking instructor while, her father Mr. Thomas, a stand comedian and a social worker. The very talented Miss Cook had a thing for acting since her childhood. She started up her career-long before completing her elementary education at the very sober age of 7-years. Since then, there has been no breakdown to her success in the industry and thus, rest is the history.

Early Life and Her Family

Rachael Leigh had a family of three adorable members besides herself, her parents and a sibling younger to her. Cook’s little brother born on October 17th, 1982 is known by the name Ben Cook. Her education history involves quite many schools on the list. She started up with visiting Clara Barton Open School followed by Laurel Springs School. Laurel Springs is a school for young struggling actors.

Leigh completed her high schooling from Minneapolis South High School. Her modeling career started at the age of 7 when she appeared for a public service announcement for some foster care. She worked as a child print model for the Milk-bone dog biscuits targeted for nationwide advertisements when she was 10-years old.

Rachael Career As Model and Actress

Walking over the footsteps of her father, Thomas H. Cook who was a social worker, Rachael debuts her modeling career with a good thought. She appeared in a PSA for a foster care organization when she was 7. She was 10 when she worked as a child print model for a dog biscuit company called, ‘Milk-Bone Dog Biscuits.’ Cook’s acting career took off at the age of 14 when she was in her schooling years. Up until now, Cook has worked in over 96 films.

Rachael stepped into the world of production after her great success in acting. She started up her own company called Ben’s Sister Productions. The company is named after Leigh’s younger brother Ben Cook. The Company name is enough to show that she shares a very close bond with her brother, who himself is an aspiring filmmaker. Miss Cook has been renowned not just for looks but also for her melodious voice. She lent her voice to many of the animated movies and video games. She voiced the character of Chelsea Cunningham in the animated series by WB, Batsman Beyond, and Batsman Beyond: Return of the Joker. Her voiced video games include Dirge of Cerberus: Final Fantasy VII, Dissidia 012 Final Fantasy, Kingdom Hearts II & Final Fantasy VII Advent Children as well.

As widely known by her fans all across the globe, Rachael’s father was a social worker. She thus has a thing for social services. In fact, her first work as a model was public service-oriented. In 1997, Cook was first recognized at the national front for working in a PSA advertisement. This ad was about awakening awareness into the minds public entitled ‘This Is Your Brain on Drugs. In 2011, she was selected as a Champion of Change for Art Educations by the Obama Administration. Rachael started disseminating private scholarships to the students of 14 to 19-years of age to aid the pay for career classes and school fees.

The American star Rachael Cook is estimated to own hefty net worth of about $5Million. The driving forces behind her heavy paychecks are her 95plus success films and her modeling career. The reports claim that a big fraction of Cook’s net worth comes from her Production company called Ben’s Sister Production.

Rachael Leigh Cook married ‘The Vampire Diaries’ fame Daniel Gillies on the 8th day of August 2004. The two actors started dating each other in 2001 and decided to each other’s weal and woes after a period of over 3-years. Cook and Gillies share two kids amidst them. The elder child is a daughter named Charlotte Easton Gillies born in 2013 and the second child is a boy named Theodore Vigo Gillies (2015).

For some unknown reason, the couple decided to call their 15years long marriage a quit in 2019. The news of separation came to public notice when both Rachael and Daniel posted an identical post on their Instagram handles. The couple called it a mutual decision of separation. The post read-

“With deep gratitude for every year we have spent together and the thousands of beautiful memories shared, we have mutually decided to separate as a couple. This decision isn’t one we have come to easily or lightly. We love and respect each other as parents, people, and artists and look forward to maintaining the best parts of our relationship for many years to come. Your discretion in this matter is kindly requested for the sake of our children during this time of transition.”

The post is however deleted now from both of their accounts. Some of the sources claim that the reason for the divorce was the ignorance that arose from the career-oriented busy routines. Rachael Leigh and Daniels were both dived into their schedules and did not help embrace the thick and thin of life together which caused a split amidst them.

Rachael Leigh had always been active in dating somebody. Her dating history did not include only her Ex-husband, Mr. Gillies. The list goes on with many other partners including Collin Hanks, Shane West, Antonio Sabato, and Ryan Alosio.

40-years old actress Rachael took up the news headlines when the airs about her being the Bill Gates daughter emerged out of the blues. This started when Google messed up with confusion about the real daughter of Microsoft’s founder Bill Gates between Jennifer Katherine and Rachael Leigh Cook about. However, the ended up soon.
Rachael also came to when she along with her former husband Daniel Gillies announced her divorce from a 15-years long marriage.

Comment below your about how you found the article. Tune in to the Lemony Blog to know more about your favorite stars.